Within the rock world and it’s many subgenres, there is a real sense of creativity blossoming. It’s been there for a long time but, a lot of those bands are starting to really get their due. One such band is Pinkish Black. This duo of Daron Beck (keyboards and vocals) and Jon Teague (drums and synths) has been around since 2010. Since then, they have released four studio albums including their newest, 2019’s Concept Unification. Pinkish Black have taken heavy music and flipped it, creating something that is as progressive and experimental as it is psychedelic and cinematic. The synth driven approach has given this band the layers and textures it needs to stand out. I was thining of a way to describe them and I think I found a good description. Imagine Type O Negative mixed with a John Carpenter score. Their new album is quite the auspicious release. It’s an album that really gets under your skin (in a total good way) and it seeps into your veins, as each song takes you further down the rabbit hole and expands your mind. Pinkish Black is a band not only for now but the future of what synth driven music can and should be.

It’s been a minute since Cold has released new music (2011 to be exact). Well, the wait is over, as Cold has released the single “Shine” from their upcoming album The Things We Can’t Stop. This song is Cold at a more mature stage but, with the same emotional charge that they’ve always been known for. The new album is out September 13.

On September 13, Korn will be releasing their new album, The Nothing. The band again worked with producer Nick Raskulinecz (Mastodon, Deftones, Foo Fighters, etc). The first single “You’ll Never Find Me” is out now. This song has a similar vibe of the last album (The Serenity Of Suffering) and somewhat of a Life Is Peachy element. One has to think that will all the turmoil of Jonathan Davis’s wife passing, he’s got a lot of “feelings” to get through on this new album.
Korn- You’ll Never Find Me:

On August 16, Killswitch Engage will release their new (and eighth) album Atonement. Today the band released the first single, “Unleashed.” Speaking on the song, singer Jesse Leach said “Unleashed’ is about inner passion and rage coming up to the surface. We all have that wild within that often stays dormant until a tragic event triggers and awakens it. This song is about that awakening within. I feel we were able to capture something raw and intense on this song and I’m stoked for everyone to hear it! The new album Atonement is a reflection of perseverance and passion through the trials and suffering of our existence.” The album also features guest spots from Howard Jones formerly of the band and now singer of Light The Torch, as well as Testatment’s Chuck Billy.

The song is Mazzy Star’s “Fade Into You.” To this day, any time this song comes on, I feel the need to blast the hell out of it. This song is one of my all time favorites and it’s without a doubt one of the best songs of the 90’s. Plus the whole album So Tonight That I Might See, is one of the most quintessential albums of the 1990’s. “Fade Into You” is the type of song that can be perfect for many different occasions. To name a few there’s the happy I’m in love moment, the sad melancholy one, and my personal favorite, the last song of the night. It’s a perfect song. The lyrics, the music, melody, vocals, production, everything. It’s just one of those songs that when you hear it, it brings you to a place that just takes over. So take a few minutes and enjoy this wonderful song!

Mazzy Star- Fade Into You: 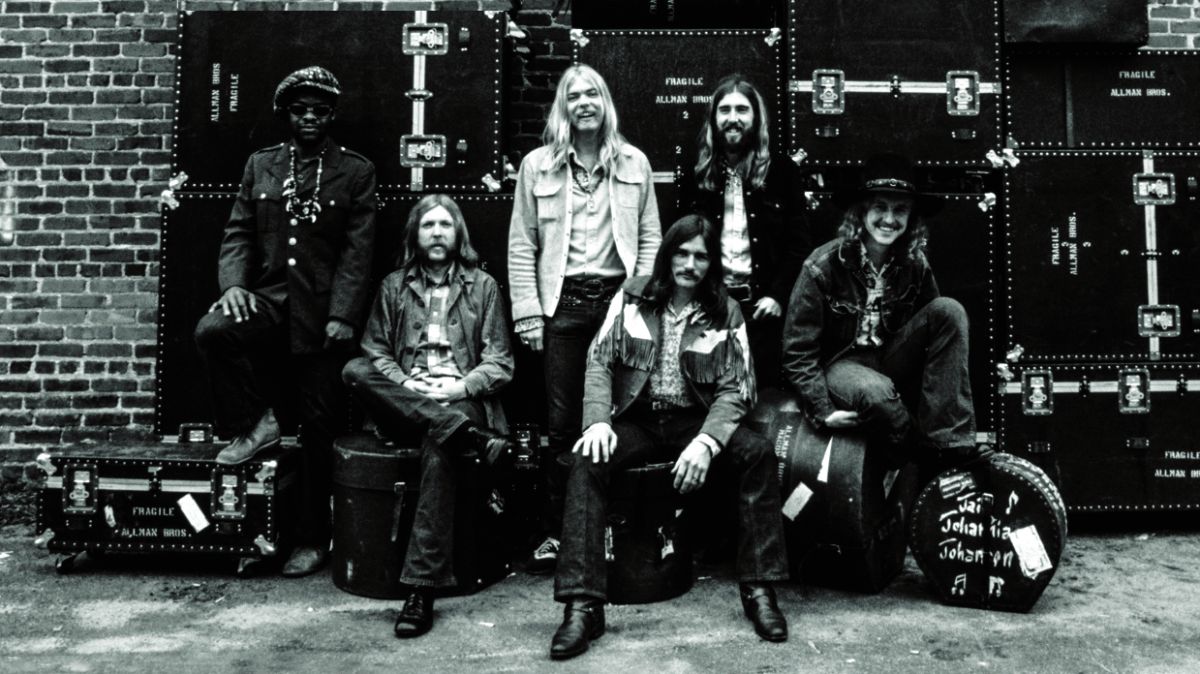 So the year is half over and there’s been quite a few really good albums to come out this year. So here’s my picks for the best albums of 2019… So Far. This list is also in no particular order. And if I missed any, let me know, I’m sure there are a few out there that I haven’t heard yet.

Drab Majesty are one of the newer bands in the last few years that have really intrigued me. Over the last couple months I’ve delved into their catalog and found a real appreciation for the artistic nuances of this band. On July 12, Drab Majesty will be releasing their new (and third album) Modern Mirror on July 12 via Dais Records. The record was produced by Josh Eustis (Telefon Tel Aviv) and mastered by Dave Cooley, with appearances by Jasamine White-Gluz (No Joy) and Justin Meldal-Johnson (NIN, Beck, M83, Air). Based on the three singles released so far, Modern Mirror is going to be one hell of an album for 2019.

There are always certain bands that when they release new music or come through town I get excited about. The Cult is one of those bands. Ever since I was a little kid and heard “Fire Woman” back in 1987, I’ve been hooked. So, when it was announced that The Cult would be celebrating the 30 year anniversary of the album that got me into them, Sonic Temple, I knew that I had to be there.

Surrounded by the clear skies on a perfect Southern California evening, tucked in the hills at the legendary Greek Theater, The Cult took the stage at 9pm and rocked the house for the next 90 mins. The opening notes of “Sun King” rang through ever so brightly and the roar of the crowd was invigorating as the band kept the rock going with songs like “New York City,” “Automatic Blues,” “American Horse,” “Soul Asylum,” and “Sweet Soul Sister.” I have to say one of the highlights of the night for me was when they played my favorite song off Sonic Temple, “Edie (Ciao Baby).” When they played that, I got chills and was singing at the top of my lungs. What a great song. “Fire Woman” was the last part of the Sonic Temple portion of the show. When they played that, the crowd rose to their feet, danced and sang along like it was 1987 all over again. It was quite a sight to see. For the second part of their set, they stuck to older material along with a couple songs “Rise” and “American Gothic” from their very great 2001 comeback album, Beyond Good and Evil. Even “Spiritwalker” from the bands debut album, Dreamtime was played and it sounded like great and fresh, even with it being almost 40 years old. Of course when “She Sells Sanctuary” was played the crowd again was in full force. Their encore set was badass as well. “Wild Flower,” “Rain,” and “Love Removal Machine” sounded amazing. Ian still has the mystical rock star swagger he’s had since the beginning. You could tell he was feeding off the energy and really giving it his all the whole show. Billy Duffy was ripping it up on his guitar and wailed out on some pretty sweet solos. When it was all over, I really wished they kept playing for at least another hour.

Opening the night was Vowws, a band that should be on everyone’s radar. Their short yet sweet set was superb. They had the right energy and songs to kick off the show. Those that were there early enough to witness this great band were truly in luck. This two piece band played and sounded like they have a full band accompanying them. The bands dreamy synthpop sound mixed with the perfect gothic/industrial undertones, makes Vowws a perfect band for today’s musical climate.  I can’t wait to see them in a small club but, for my first experience seeing them, their performance was understated and quite interesting to watch as they were drenched in sunlight.

Also performing this evening was Zola Jesus and Prayers. Zola Jesus was interesting but, really didn’t do anything for me. I could sense that this wasn’t the right setting to see a band like this. You can tell that there is something more to this band but it needs the right place and vibe to really come to life. Prayers on the other hand… maybe it’s because I’m older and don’t get it or maybe it really wasn’t good. Either way, they didn’t really do anything for me. After they were done I told my friend I was with that Vowws should have been at that spot. Granted this is just my opinion, and I saw a lot of people there that were psyched on Prayers but, for me, that’s a big no.

All in all though it was a great night. The Cult are still badasses. Ian Astbury and Billy Duffy are one of the best songwriting tandems. If you haven’t checked out their last couple albums, Choice Of Weapon and Hidden City, you are missing out. Those are 2 of the best rock albums in the last 10 years. I’d also like to acknowledge the fact that John Tempesta has been killing it behind the drums for The Cult. He’s such a great and versatile drummer and a great addition to The Cult’s sound. If you haven’t check out the Testament album, Low, and you’ll really get to hear how good of a drummer John is. Also Damon Fox on keys and backing vocals along with Grant Fitzpatrick on bass and backing vocals as well, really compliment Ian, Billy and John perfectly. Do yourself a favor when The Cult comes through your town and go see them. You’ll for sure have a great rocking time.

Power trio’s in rock music are one of my favorite things to listen to. There is something so pure about three people and an explosive sound that comes alive. One such band that has really delivered the goods is Nomad Stones. Formed in 2015 by Cave In members Adam McGrath and JR Connors, and joined by Charlie Coffou, Nomad Stones, roared out of the gate with their self titled debut. The sound of 90’s alternative mixed with, cool and hypnotic effects and a wall of sound has made me really intrigued by this band. As a fan of their other work be it Clouds, Zozobra, Doomriders, etc, it’s in their blood to deliver great rock. Recently, Nomad Stones released a new song “Behind The Trigger” from their upcoming album, Unriddled. This track is as rocking as it is catchy. Nomad Stones have truly found their sound and it’s everything you’d want and then some.

Nomad Stones- Behind The Trigger: