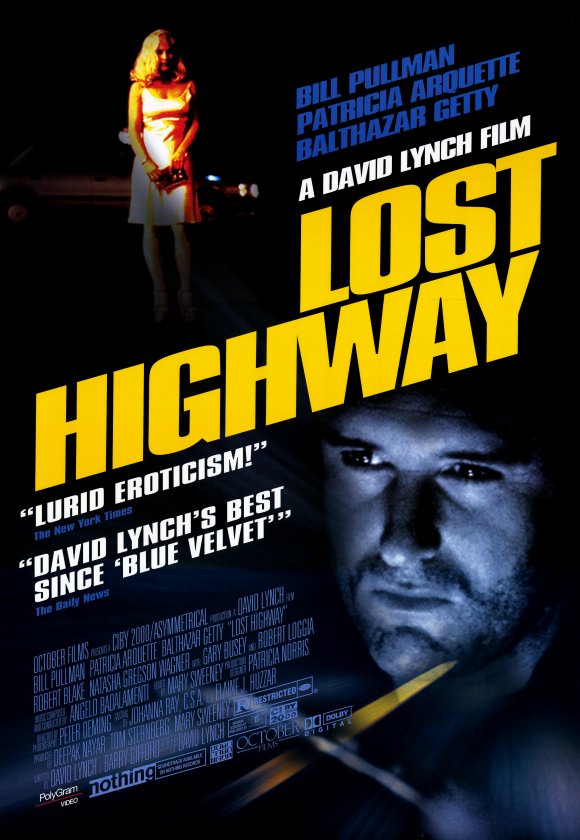 I can’t believe that it’s been almost twenty years since I first heard Nine Inch Nails song “The Perfect Drug.” Not only that but it’s also been almost twenty years since the release of David Lynch’s film Lost Highway, in which “The Perfect Drug” appeared on. There is an intriguing story that explains how Trent Reznor and David Lynch made this happen. Trent had been after David Lynch to direct a video for Nine Inch Nails, but it never seemed to work out. Not long after the success with his work on the Natural Born Killers soundtrack, Trent got word that Lynch was interested in having him do the soundtrack for Lost Highway. And the rest is history. On a fun side note, Trent finally got David Lynch to direct a video for Nine Inch Nails a couple years back. The song “Came Back Haunted” off the album Hesitation Marks had its video directed by David Lynch.

Over the past few years I’ve really taken a liking to instrumental bands. There is something really intriguing about bands that can do it all musically without a singer. This weeks band of the week 1000 Suns falls into that realm of instrumental bands. 1000 Suns is a very inspired three piece that takes the instrumental game to another level. The bands use of effects, samples and electronics are used in a way that it enhances the sound. Since 2012, 1000 Suns have released two very intriguing and boundary pushing albums. Their songs range from moody pieces that transcend reality into something soothing, to epic and heavy songs that attack with tenacious riffs and arrangements. 1000 Suns are gearing writing for a new album release soon as well as enlightening audiences with their live show.

I woke up this morning with Silverchair’s “Israel’s Son” stuck in my head. That riff is timeless. Anyways, while delving into my Silverchair albums I sought out seeing what covers they have done, I came across this interesting version of Black Flag’s “Wasted/Fix Me.” I’m still torn as to if I like it or not, but I can tell you that Daniel John’s vocals on it are quite fun and make this cover worth checking out. On a sidenote, the era of Black Flag these songs appear are with Keith Morris on vocals, in case you were wondering. 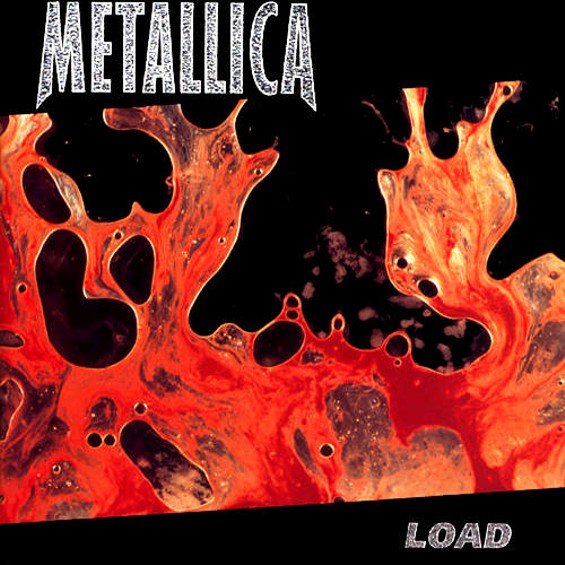 In every bands career there are times when the band changes things up and tries to take a chance and expand upon what they’ve already done. Sometimes this works out great, and other times it seriously backfires. In 1996, coming off the monster success of their “Black Album,” Metallica shocked their fans and released “Load.” Granted Load came in at number one on the billboard charts, it seemed to have left many of Metallica’s fans wondering what the hell is going on with the band. Gone was the band’s trademark thrash metal style and instead of that, the style was replaced with a more blues centered structure. The speed and complexity that the fans had grown to love was entirely disregarded on Load.I still remember seeing the video for “Until It Sleeps,” wondering what happened to Metallica.  I was one of those fans that was left scratching their head as to why Metallica would do this. Then as the years went on and I experienced more of what life has to offer, I took another listen to Load. What I found was an album that was ahead of it’s time. This was Metallica being vulnerable and laying it all out there. This is a great example of a band growing up and stepping outside their comfort zone. It is also an album that takes on a different meaning once you’ve lived life a bit. One of the best songs Metallica has ever written appears on Load. That song is “Bleeding Me.” The lyrics alone are enough to resonate deep. The music is solemn and moody, allowing all the emotions to flow with the song. Other songs like “Until It Sleeps,” “Hero Of The Day,” “Ain’t My Bitch,” “King Nothing,” and “The Outlaw Torn,” are steeped deep in misery and toil. The entirety of Load is astounding. There might be a song here and there that seems out of place but this album is a true gem. There is something about this album that, like a fine wine or a really good scotch only gets better with age.

Load wasn’t right for the time it was released. The fans still wanted more heavy from the band, and were caught completely off guard by this. This record is an exceptionally underrated metal/hard rock experience that takes the band’s music into entirely new territories.  Load is an excellent album with great songwriting and a high level of diversity. Giving something for everyone. Sure it’ll never top what Ride The Lightning, Master Of Puppets, And Justice For All and The “Black” Album are, but it’s definitely an album worthy of your time and patience. Give it another chance and you’ll see what I mean. Leave all your preconceived notions about Metallica at the door when you listen to this album.

Way back when I was a little lad I remember seeing the video for The Cult’s “Fire Woman” and thinking that the guy singing was outstanding. So naturally I had my parents take me to go buy their album Sonic Temple. Over the years I’ve really noticed I love Ian Astbury’s voice. In the past few years The Cult has come back and are delivering the goods. Their last two albums, Choice Of Weapon and Hidden City are fantastic, and have that classic edge the band has always had. Ian’s voice has always been distinct and when you hear it on other band’s songs, it brings something special out of those songs. Here are a few songs that Ian has guested on over the years.

It’s pretty crazy to think that 30 years has passed since Metallica released Master Of Puppets. Not only that but in those 30 years, Master Of Puppets has only gotten stronger. It’s widely considered to be in the top 10 heavy metal albums of all time, inspired countless bands to start up, and those songs when played live get the crowds into quite a frenzy that most of the time you can hear the audience more than you can hear James Hetfield. I remember when I first heard Metallica. And Justice For All was the album that I heard first, but of course once I fell in love with the band, I knew I had to go after the other albums that they had. Master Of Puppets, has such great use of melody and heaviness. It takes the blueprint that the band laid out on Ride The Lightning (my personal favorite Metallica album) and expanded upon it by making it more epic. There isn’t one song on this album that doesn’t fit in to their structure. Each song has a flow to it that jumps out at you as the next one begins. I really don’t even need to keep rambling at this point. You all know that Master Of Puppets is great and deserves to be celebrated. A few years ago while touring the European festivals, Metallica performed the album in its entirety. That must have been one hell of an experience to see live. Maybe one day when Metallica tours the states again, they do it for all of us out here. So with all this in mind take an hour out of your day and blast Master Of Puppets!!! 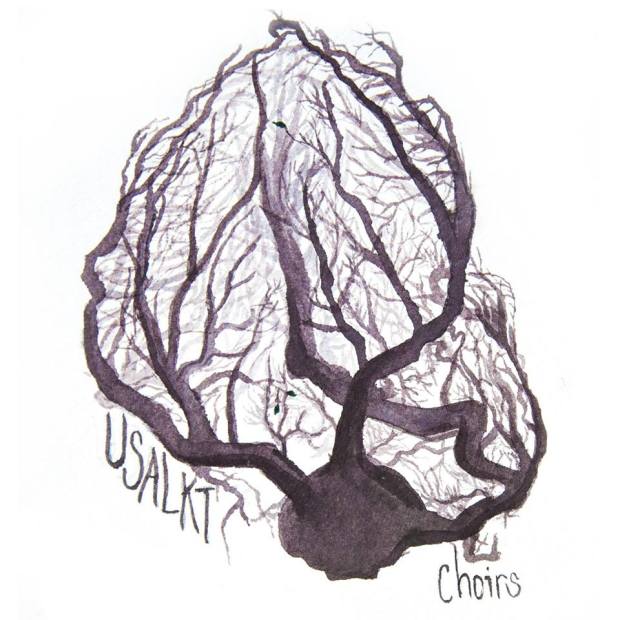 Over the past 16 years I’ve really developed a love for the post-hardcore genre. There is something about the vulnerability of these bands that strikes a chord with me. I really love when these types of bands take it a step further and include influences you normally wouldn’t find in this type of music. All this brings me to this weeks band of the week Choirs. This Bakersfield, CA based quintet is soaking in lush post-hardcore melody. I would describe their music as a cross between Sparta, Thursday and Explosions In The Sky. The added use of ambience in their music helps to create a distance from the generic norm of post-hardcore. They have been releasing  music since 2011 and are gearing up to hit the studio again very shortly. Choirs are on the path to really taking their music to the next level especially after their previous release Usalkt, which is quite captivating.