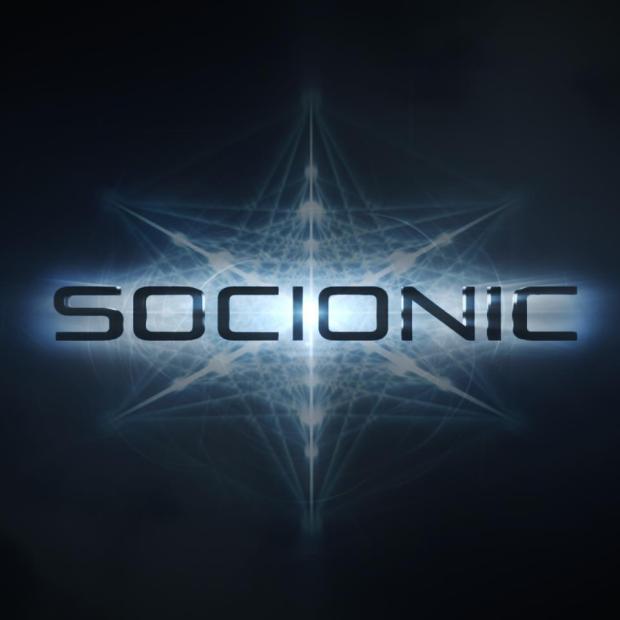 Socionic is a genre bending band with influences ranging from Tool, Deftones, Nine Inch Nails, the very underrated Porcupine Tree and soundtrack maestro Clint Mansell.  Their music is a classically heavy, all the while adding a melodic sense that carries their artistic vision throughout their songs. You can tell from listening that this band is extremely passionate in how their music sounds and is delivered. Their recent EP release Identity, was produced by Rhys Fulber (Fear Factory, Frontline Assembly, etc) and helps to show their knack for the aggressive side of modern metal and the dark contrasts of industrial. These guys have a sound and the music to really go far.  Socionic is currently gearing up to release a new album this year.
Socionic: Epiphany

Check out their music on Reverb Nation:

Scott Kelly of Neurosis has one of my favorite voices of all time. There is something beautifully haunting about his voice that resonates with what he sings. Scott’s version of this Joy Division classic is awesomely beautiful! 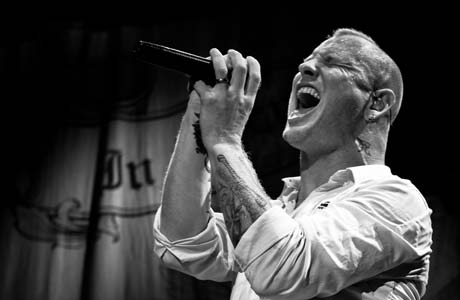 Corey Taylor of Slipknot and Stone Sour fame has one of the best voices in rock music. He’s lent out his voice a lot over the years. Here are a few songs you might not have known Corey was featured on.
Requiem- From the Strait Up album:

Roadrunner All Stars- The Rich Man

Travis Barker: On My Own

The early 2000’s were a very interesting time for music. There was an explosion of different genres and people were still buying music. Amongst the influx of bands to come out around this time, there was one that really stood out. One Side Zero is who I’m talking about and their stellar debut album, Is This Room Getting Smaller is an album that went unnoticed by the masses, but had a great impact on those that did hear it. Is This Room Getting Smaller was released in 2001 and produced by Jim Wirt and mixed by David Bottrill. The band toured relentlessly with bands like Incubus, 311, Sevendust, Soulfly and many others. They even appeared on the classic HBO show Reverb. The album itself is one of those listen in its entirety experiences. It really tells a story and captivates your range of emotions. Songs like “Instead Laugh,” “Holding Cell,” “New World Order,” “Eight,” “Never Ending,” and my personal favorite “Tapwater,” deliver in a harmonious melodic hard rock nature. The music really fits perfectly with the lyrical tone and voice of singer/guitarist Jasan Radford. His voice has the range of smooth and sultry to ravenous. Guitarists Levon Sultanian and Brett Kane really shine on their playing and tone. Bassist Cristian Hernandez plays perfectly in the pocket with drummer Rob Basile. I could really go on and on talking about this band. I’ve seen them so many times live and they never disappointed. Perhaps this will help get them to play shows again!!!

Sadly they were lumped into the “nu metal” genre, even though they are far from that.  Had that not have happened and their label really dug their feet in the ground to push One Side, they could have gone on to a very illustrious career. Their debut album is still stands as a perfect testament to the time it came out. The way it connects with the listener and what it carries on from there. Do yourself a favor and listen to this album start to finish. You won’t be sorry!

One Side Zero- Is This Room Getting Smaller:

Instead Laugh on Reverb:

Shed The Skin on Reverb:

I really enjoy talking to my friends that are musically inclined and have discussions about this and that. One of the constant things that always comes up is who we think are overrated in terms of players, bands, etc. Today I thought I’d focus on creating a list of those that are overrated guitarists. I’m not saying they aren’t good players, just that they aren’t all that “Great.” Keep in mind that this is just my opinion and it’s ok that you don’t agree…I won’t get mad! I’m sure there are others as well, so go ahead and add them in the comments. 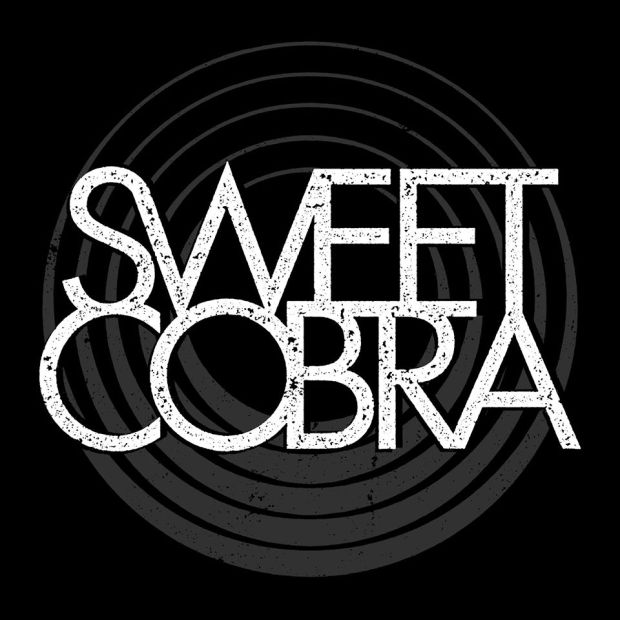 It’s truly great to have bands coming out that really get what it means to write pure honest songs, and make music that has real meaning and depth. Enter Chicago’s Sweet Cobra. The band was founded in 2003, and came charging out the gates with the fury and passionate qualities of their hardcore/noise-rock/metal roots mixed with a more straightforward rock delivery. Over the course of their career, Sweet Cobra has played with bands such as Pelican, Russian Circles, Coliseum, Black Cobra, Doomriders, The Life And Times, Young Widows and many more. Sweet Cobra toured relentlessly throughout the beginning of their career and released a myriad  of recorded material, including three LPs, 2004’s Praise through Seventh Rule Recordings, 2007’s Forever through Hawthorne Street Records, and 2010’s Mercy on Blackmarket Activities, not to mention splits with Doomriders, Young Widows among others. Sadly, tragedy struck in 2009 when second guitarist Mat Arluck lost his ongoing fight with cancer. Sweet Cobra went on as a three piece and pushed forward, playing shows, constructing new material, and exploring new sounds. Now in 2014 the band is gearing up to release Earth through Magic Bullet Records. The band’s triumphant new LP was recorded and produced by Matt Talbot of Hum and Kurt Ballou of Converge, and also features guest musical contributions from each artist. This album is sure to be a sonic blast of genuine awesomeness.

Mastodon are masterful musicians and they picked the right song to cover of Metallica’s. Their version of “Orion” really fits on with how the band has evoled over the years.

Solstafir are different breed of metal. Their unique blend of metal with beautiful melodies, psychedelic moments and a strong undercurrent of classic / hard rock strikes rough, rugged and cinematic as the climate of their native Iceland can be. The band has been around since 1995 and have released 5 full length albums, and assorted EP’s, and singles. The band started out as more of a black metal band and over the years have really evolved into more of a progressive post metal force. Their album  “Masterpiece of Bitterness” released in 2005, got exceptionally good reviews almost everywhere and the band kept on making a good name for themselves with powerful live performances. Their followup “Köld” was released in early 2009 and like “Masterpiece…” it not only got exceptionally good reviews, but most critics also had a hard time putting Sólstafir’s music into a specific genre. Descriptions like“Sigur Rós goes metal!” were becoming really common as did band comparisons such as  “Imagine if Nachtmystium, Alice In Chains, and Neurosis got hammered while listening to Entombed.” Their fifth full-length “Otta” released in 2014, is the next step in their evolution this four-piece adopted over the years. If anything their new album is a concept album that needs to be heard over and over to really grasp all that it has to offer. Solstafir are one of those bands that if you take the time to really listen to, you will come away with a greater appreciation for heavy music. It’s not your run of the mill garbage that is out there. These guys have real depth and truth to their music and it shows in each release they put out. 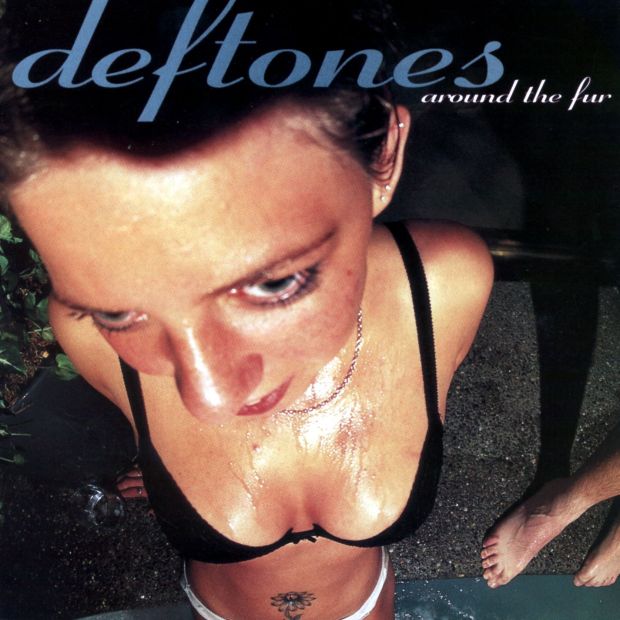 I’ve been a huge Deftones fan since I first remember seeing the video for “Bored.” I thought Adrenaline was a cool album when it came out, then I heard Around The Fur and my excitement level went through the roof. Around The Fur was so powerful. There was a striking difference between this album and their debut. As The story goes, when Deftones went into the studio to make Around The Fur they really didn’t have a set idea of what they wanted to come out with. This time around the guys spent more time in the studio with producer Terry Date. If you listen closely to Abe Cunningham’s drums, you can tell there is a difference on the drum sounds especially the snare, as he began to experiment using different snares on each song. There is also something really intriguing about the quiet to loud dynamics on the album as well. When you have songs like “My Own Summer (Shove It),” “Lhabia,” Around The Fur,” “Be Quiet and Drive (Far Away)” it really shows the bands growth and ability to write songs that can be heavy yet have a sense of melody without compromising their artistic integrity.

After a break from touring Around The Fur, the band spent a few months locked away in the studio  writing and recording what would become White Pony. The majority of this time was spent trying to write songs, and that the writing of a particular song “Change (In The House Of Flies)” was the turning point for the group as they began working as a “band.” There was also pressure from their label to release the album sooner, but,  the band decided to take their time making the album that they wanted to make. The band essentially picked up where they left off with Around The Fur by really delving more into melancholia and melody. The album is explosive and beautiful, thus making it one of the bands most mature releases. The inclusion of songs like “Digital Bath” “RX Queen,” (which features guest vocals by Scott Weiland), and “Knife Party,” join in with the vibe that “Change” had in its spaciousness and use of experimentation. The guesting of Maynard from Tool was a great use of a guest vocalist on “Passenger.” Even with all the experimentation and evolution, Deftones still had their heavy touch on a lot of the songs like “Elite,” “Feiticeira,” and “Street Carp.”

Granted these are two very different albums but they are similar in showing a bands evolution. Personally I’ve always been more partial to Around The Fur, for it’s raw prowess, and unforgiving nature. White Pony is a close second though. To me though Around The Fur just really gets me going in such a fashion that I can’t turn it off, or even turn the volume down. Where do you fall on this issue?

A Light Within is a Kansas City, Missouri based shoegaze/alternative rock band known for songs that tap into the darker side of being, all the while creating a sound that is epic and flush with beauty. With influences like Pink Floyd, Palms, Porcupine Tree, Isis, Mogwai, and Deftones, you can really get a sense of where they are coming from. Their debut EP, “Preface”,  was released in the spring of 2013. According

to the band, the EP is a concept based upon a reflection of one’s life after dealing with significant love and loss. A Light Within is currently recording a follow up EP and hope to release it in early 2015.