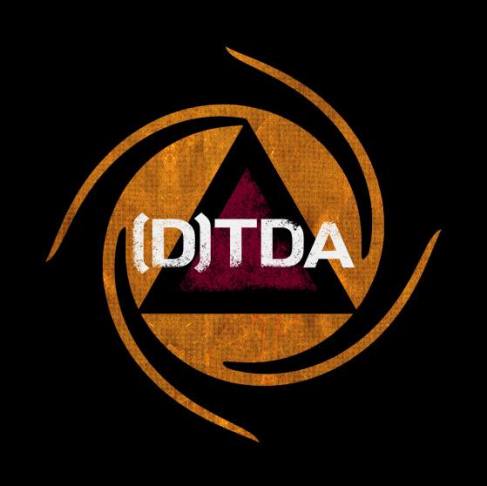 There truly is a great deal of great music that has gone unheard. In this day and age of DIY mentality its a shame that so many have to go unheard my the masses. Enter (Damn) This Desert Air, hailing from New Jersey. They were formed in 2007. They have a distinct melodic rock sound that is infused with space rock riffs and post-hardcore. Picture Quicksand, Failure, Hum, and Stone Temple Pilots all together. (Damn) This Desert Air have appeared on numerous compilations, samplers, tribute album appearances on both the Failure and Hum Tributes. (Damn) This Desert Air have had their previous albums/E.P’s mixed by Brian Virtue. Their most recent album Pyramids is catchy and infectious. The opening track “Hanger” is full of melodic hooks. The song “Slave” takes the direction of space rock and shows the more delicate side the band all the while keeping their hard edge. The album also includes a cover of Quicksand’s “Shovel.”

(Damn) This Desert Air have melded their influences into something that is loud and booming yet doesn’t take away from the purity of the songs. They are really on to something, and hopefully can make their way out to the West Coast for some shows.

Neil Young is one of my favorites ever. Type O Negative gave new life to this song and totally changed the mood. They made it darker, eerie and vulnerable. R.I.P. Peter Steele! 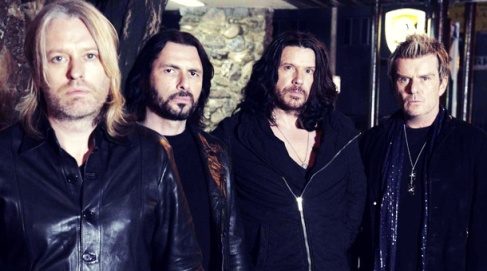 The Cult formed in 1983. They melded their love for Led Zeppelin, The Doors and assorted Post Punk bands such as Joy Division to create a heavy mystic sound. Ian Astbury and Billy Duffy have been the most consistent members since the inception of the group. They gained notoriety for songs such as “She Sells Sanctuary” “Love Removal Machine” “Fire Woman.” They have created 3 of the most underrated albums in all of hard rock, Love, Electric, and Sonic Temple and have left a distinct mark with each of them. In 1995 the band split for a period of time to work on themselves and came back with a rocking album in Beyond Good and Evil featuring the songs “Rise” and Painted On My Heart (which appeared on in the movie Gone In 60 Seconds). After the release and tour the band took a break again with Ian joining the remaining members of The Doors to play shows. Billy went on to form other bands that while were good, failed to leave any mark on the landscape as The Cult did. In 2006, Ian and Billy got together again to record the album Born Into This. 2012 saw the release of Choice of Weapon. This album is one of their best ever. It’s up there with Electric and the songs themselves are awesome.

Ian Astbury’s vocals, lyrics and stage presence are all things that so many people and other bands have tried to replicate. While some of what Ian does is similar to that of Jim Morrison, Ian took it to another dimension and explored deeper into his own internal struggles to connect with the mysticism that he was involved in. Billy Duffy has a very distinctive guitar tone that has a nice reverb to it all the while packing a punch. The clean sensibilities of his guitar work show the soul of the music. Live, The Cult are captivating and hypnotic. Watching Ian on stage is intense as he gets so into the show and hardly interacts with the crowd. Billy strums like a madman. Completing the lineup for live show is John Tempesta on drums and Chris Wyse on bass. Listening to The Cult and then listening to so many bands that have come up in the past 10 years like Mastodon (yes them), Queens Of The Stone Age and others, you can hear the influence.

Beyond Good and Evil:

No need to write up an entire article. Just watch and listen!

You’ve Seen The Butcher: From Diamond Eyes (this video is sexy as hell)

Be Quiet And Drive (Far Away): From Around The Fur. Top 3 favorite Deftones songs ever. R.I.P. Chi!

I’m working on compiling a list of the most overplayed songs. Songs that you’d be ok never hearing again. Please feel free to add to it!

There is a resurgence of solid atmospheric rock music. A slew of underrated and unappreciated bands from the 90’s are finally getting their due now. Failure and Hum are 2 that are constantly brought up as influences. It’s not surprising the impact they’ve had after listening to Anakin. Formed in Kansas in 2008, Brad Chancellor and Chris Rosenthal took their love for space rock and shoe gaze and created something with integrity and an artistic sensibility. In 2011 Anakin was approached to record a song for a Hum tribute album.  The duo released their debut album Random Accessed Memories in 2012 as well as the EP Emergency Broadcast System in 2013, both of which were engineered by Eric Graves (guitarist from the band The Esoteric…Side note The Esoteric’s album Subverter is awesome!).  Their new song Control Alt Delete from their upcoming album is chock full of the spacey shoe gaze that they’ve come to make their own. In all the songs Anakin has created the vocals and lyrics are honest and comforting with a layer of sheen to caress the listener. Musically the guitars pack a crunch without sounding too distorted. The rhythm section is tight and pushes the music as it should. The dense keyboards create the spacey and ambient sound without taking away from anything else. Anakin has found a way to pay homage to their influences all the while pairing them into a sonic explosion of melody and heaviness.

I have a deep affinity for Layne Staley. He can make anything sound amazing. When this song was released in 1999 on The Faculty soundtrack I was blown away. Class of 99 was a short term supergroup consisting of Layne Staley (vocals), Tom Morello (guitar), Stephen Perkins (drums), Martyn LeNoble (bass) and Matt Serletic (keyboards). One can only imagine what an entire album would’ve sounded like had they made one. 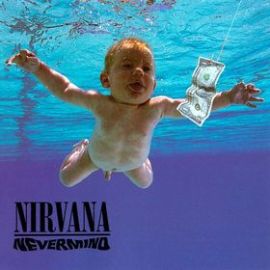 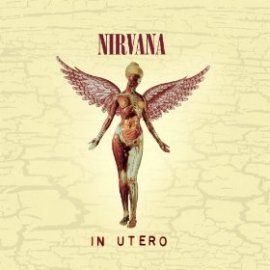 There is a debate that has been going on for quite some time about Nirvana. There are many out there that consider Nevermind to be the holy grail of their brief catalog. Then there are those who hold In Utero in higher regard. I tend to fall in the In Utero camp. Not to take anything away from Nevermind, In Utero is just the better album in regards to the production, and songwriting. Sure “Smells Like Teen Spirit,” “Come As You Are,” “Lithium” and “Drain You” are all good songs. Those songs while meaningful just don’t connect as much as the ones on In Utero. There is more desperation anguish, and suffering in the In Utero songs. The production of the vocals really show that as well. Steve Albini’s engineering skills trump Butch Vig any day. Not to take anything away from Butch, his work on Smashing Pumpkins Siamese Dream, and all the Garbage albums are great. Nirvana just needed someone like Steve Albini to really get at the raw nature of the songs. Songs like “Scentless Apprentice,” “Heart Shaped Box,” “Rape Me,” “Milk It” and “Radio Friendly Unit Shifter” have that hard edged roar to them and the way they were produced really captures that demand to be noticed. The softer side of the album with songs like “Dumb,” “Pennyroyal Tea” and “All Apologies” embrace the very delicate nature of the band. The only song to really capture that on Nevermind was “Something In The Way.” The drums thump in more of a way that captures the true essence of how Dave Grohl plays. The bass sound has more of a dirty yet balanced sound that attaches itself to the rhythm in a clearer way. The guitars have more edge to them. They cut through the songs with an abrasive razor sharp dynamic. Vocally you can hear all of Kurt’s pain in every syllable he sings. His screams reach new heights since Steve Albini refused to double track Kurt’s vocals. It’s quite noticeable at the end of “Rape Me.” There is something else that has always bothered me about Nevermind. The way Nevermind turned out sort of has a very controlled production and compressed radio-friendly mix.That is something that is not very flattering to a rock band like Nirvana.

Granted this is all just my opinion, but I think this makes for a good debate. Sure we will never know what the next step for Nirvana would be. Though the indication of “You Know You’re Right” which was done by Adam Kasper shows that they were continuing in the direction that Steve Albini steered them in. 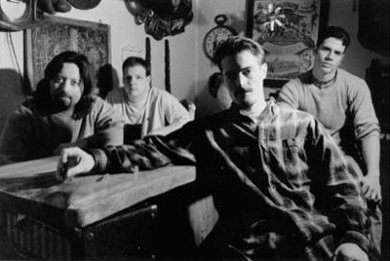 There are certain areas in America that have spawned new sounds of music. Seattle had grunge, the San Francisco had thrash metal, New York had a punk revolution, and Boston, Massachusetts had hardcore. One of the most underrated bands yet very influential bands that came from the area was Only Living Witness. The band was formed in 1989 by Jonah Jenkins (vocals) Eric Stevenson (drums), Kevin Stevenson (guitar) and Kevin Costa (bass). In 1991, Kevin Stevenson and Costa were replaced by Craig Silverman and Chris Crowley. Only Living Witness was signed to Century Media Records. Their debut  Prone Mortal Form was released in 1993. The songs VTA and December are classic standouts. They embraced the hardcore roots with a melodic edge to them In 1996 their follow-up CD Innocents was released, but the band had already split up. Songs like Strata, Knew Her Gone, Total Particle Reversal and Downpour continue the melodic hardcore vibe but goes beyond with an added presence of more melody. Only Living Witness briefly reformed in 2008 for four reunion shows: 3 in Massachusetts and 1 in the Netherlands. After being in Only Living Witness Jonah Jenkins went on to perform the vocal duties in Miltown, Milligram and Raw Radar War. Craig Silverman now plays in Slapshot and is the touring guitarist in Blood For Blood. Eric Stevenson, main composer and drummer, died on August 9, 2011, at the age of 43.

Only Living Witness has left a mark on modern hardcore. Their influence of their vocal styles, riffs and drum patterns is very noticeable in many bands. Bands like Killswitch Engage, Shadows Fall, Every Time I Die, and others all have a lot to owe to the guys in Only Living Witness. One of the best things that have come from this band was their injection of a sense of melody into such heavy music.