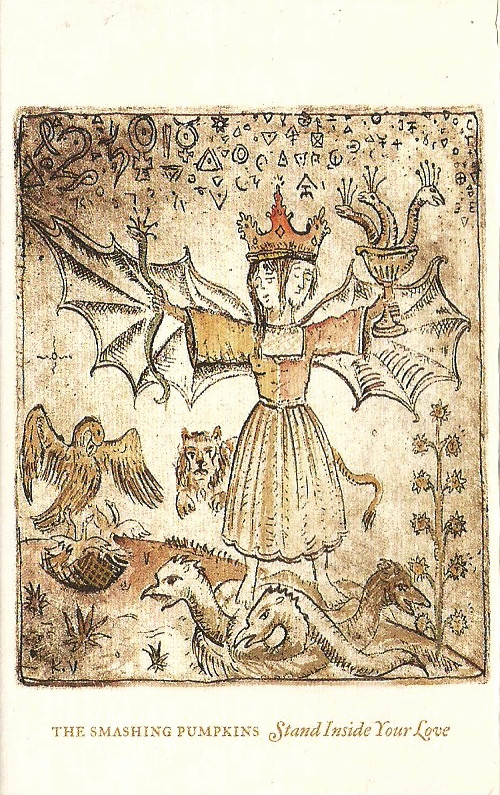 Yesterday while I was at work, I had a song pop into my head and it sent me on a dive back to an album I hadn’t listened to in a minute. The song was “Stand Inside Your Love” by The Smashing Pumpkins from their highly underrated album Machina. It’s always been one of those songs in the bands catalog that has given me chills. I was sort of daydreaming while listening to the song and letting it take me away. It’s truly a beautiful song and one of Billy Corgan’s best too. It’s been said that the song was written about a then girlfriend. Billy once said in an interview about the track “‘Stand Inside Your Love’ is one of those rare songs that seems to write itself really quickly… As far as the song goes, it’s sort of a love song that rocks, which is pretty rare, even for me. And I even got my girlfriend dancing in the video, so it’s all a tribute to my girlfriend, I guess.”

The video itself is pretty stunning. It’s a tribute to the play Salome by Oscar Wilde. The look of the video is heavily influenced by the original Salome illustrations by Aubrey Beardsley. You might recognize Ken Davitian (from Borat) in the video. Billy’s then girlfriend also appears in the video.

The Smashing Pumpkins- Stand Inside Your Love: