I’m sure many of you out there have noticed that, as the years go by, your tastes change and you start to really appreciate the other side that music has to offer. Which is why when presented with something definitely outside of what I tend to be drawn into musically, I try to give it a real chance. Not long ago, I was sent over an artist to check out and since we are in these very odd times, I took the time to listen and the end result was something pretty cool and interesting. Allow me to introduce you to Gardening, Not Architecture.

This is the brainchild of Sarah Saturday. The history of how all this started is quite cool and interesting. After the demise of her punk band in 2005, Sarah began reworking the demos, and released a four-song EP in 2007 under the name Gardening, Not Architecture, which would eventually be shortened to G,NA. The songs began to circulate online, and soon there was pressure for Sarah to perform live. In 2008, she played the first two G,NA shows in Los Angeles. In 2009, she booked her first solo tour, performing with a bass guitar, backing tracks, and a homemade LED light wall.  By early summer of 2009, she recorded the first full-length album, First LP. By the end of that year, she was touring full-time. Between 2009 and 2012, Sarah played nearly 300 shows as G,NA, touring the United States and Canada multiple times including two months on a side stage of the Warped Tour in 2010. Over the course of the next few years, and a move to Nashville, Sarah released two more albums. Her third album Fossils, also accompanied a full length film, which received much critical acclaim. Since that time, Sarah has kept busy with numerous projects including scoring for Film and TV.

The best part of finding out about Gardening, Not Architecture is that this is the perfect type of music for right now. There is something so casual yet moving in the way the music wafts over takes you away. It’s cinematic yet pop driven but not, in a mainstream pop way. There is definite depth to what’s in these songs and arrangements. The alternative/indie side of me really digs what I’ve heard. Sarah’s songs have a nice helping of melancholy but enough of an edge to make the bittersweet elements strike at your heartstrings. So, if you are looking for something to listen to and just drift away, I highly recommend taking up Gardening, Not Architecture.

As a fan of music, the first thing I do when I get an album is put it on and just let it take me where it’s supposed to go. Obviously, it takes more than one listen to fully grasp everything that is in there but, when it finally reaches that apex, the moment is what keeps me coming back. Recently, the new Elder album was dropped off in my inbox and I was very intrigued to delve into this one. I’ve heard a few songs of theirs over the years and have dug what they’ve been doing. So before I fully immersed myself into their new album, I had to go back and see where it all started. Well, I’m glad I did. The progression this band has shown from album one till their new one, Omens, is astounding. Moving across the many sub-genres of rock and metal, Elder has established themselves as one of the most epic bands out there and on Omens, they have fully cemented themselves as one of the best to do it in this day and age.

The more I listen to this album, the more I pick up on different things to enjoy about it. Rather than rely on a classic sludgey/stoner mentality, they went off in this really cool Zeppelin meets Deep Purple territory that is parts psychedelic, experimental and full of crisp tones that let your mind wander. There’s also some really cool prog rock moments in these songs that help to build on what I just mentioned without it becoming to grandiose or Toolish for the sake of just wanking off. The five songs on Omens, are crafted without a doubt to bring about new textures and surprise longtime fans of the new directions they are going. Even if this is the first album you’ve ever heard from Elder, you will instantly be drawn into the lush soundscapes and trippy structures. Omens is the type of album that this band was meant to make. When you look back on where they began till now, it’s obvious that this was meant to be and in a total good way. I was trying to think of another band that had a similar trajectory and I came up with a couple, Mastodon, Baroness and Pallbearer. Each of those bands started as this big riff magnet but over time, really took the time to enhance their sound and delve deeper within to make something that really spoke volumes. Elder is now in that company.

Omens is an album that deserves not only your time and patience but, it’s also one that will, for an hour, let your mind escape and wander to many different places. This is what music is all about. That feeling of ease and letting go, even if it’s just for a few moments, it will most definitely give you what you need. The talent is there, the songs are here and the sound is just right to capture the essence of the vibe that Elder is transmitting. So, do yourself a favor and dig into Omens and go on the ride. 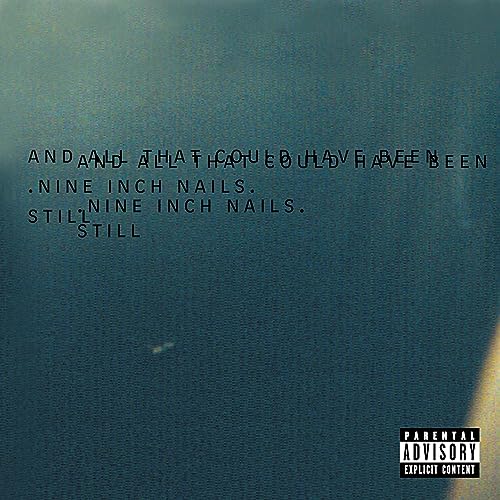 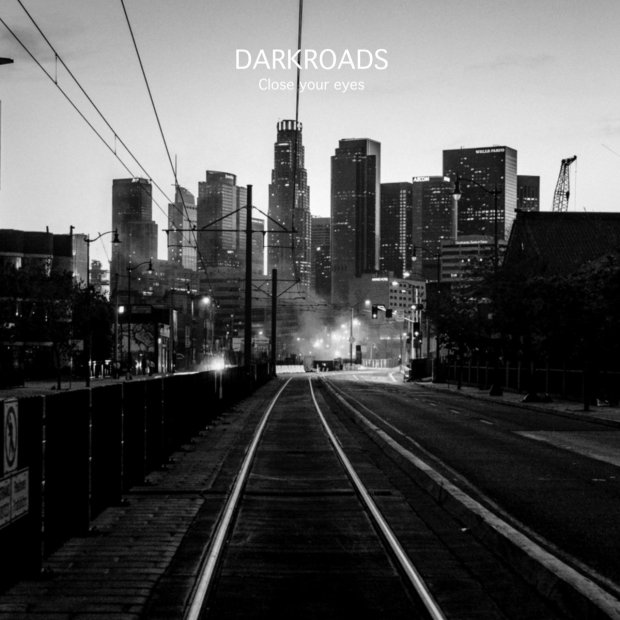 A while back I wrote about a Los Angeles based band that summoned some pretty cool Bowie-esque moments to accompany their blend of post-punk and alternative rock. That band was Darkroads and they are back with new music that is damn good. Combining what the have done in the past but, now with a bit more of a synthwave element, Darkroads have really honed in on their sound. Their first new song “Close Your Eyes” is a perfect example of this. It’s still got that cool dark and eerie sense but now has something else to it that helps stand out from their peers. As I described before, the way they hit on the darkness yet create these bright spots with the music is quite beautiful. The clean guitar tones provide the light while the drums, bass and vocals usher in the dark. Darkroads are definitely one to travel on. 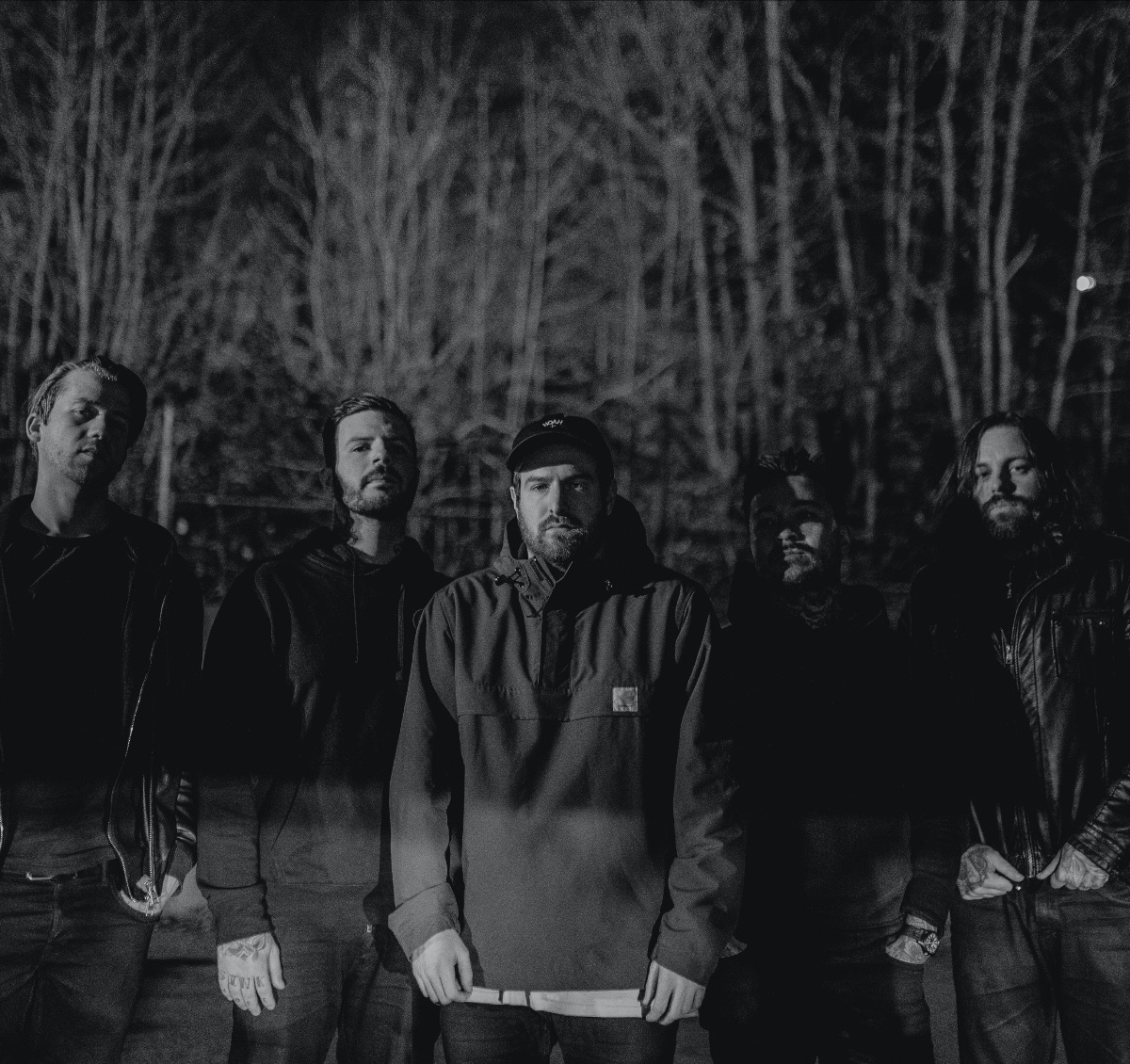 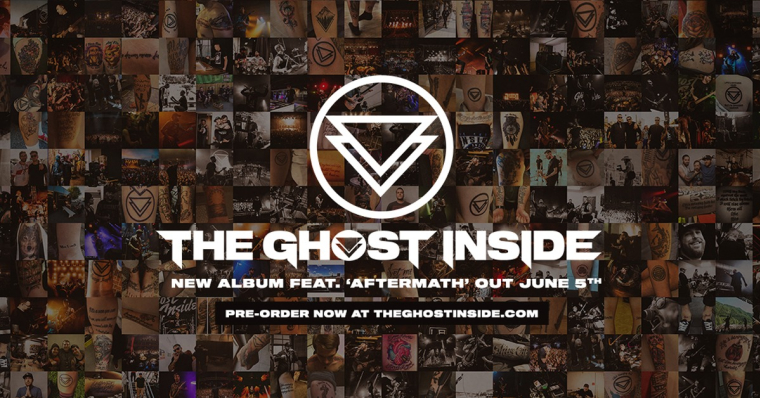 I will admit, it wasn’t until The Ghost Inside released their album, 2014’s Dear Youth, that I started to come around to them. Not long after that, the band was involved in quite a bus accident that left the future of the band up in the air. Now after a very lengthy hiatus and tons of physical therapy, The Ghost Inside have released their first new song “Aftermath.” This song is pretty damn killer. It’s good to see them back out there and picking up where they left off.

The Ghost Inside- Aftermath: 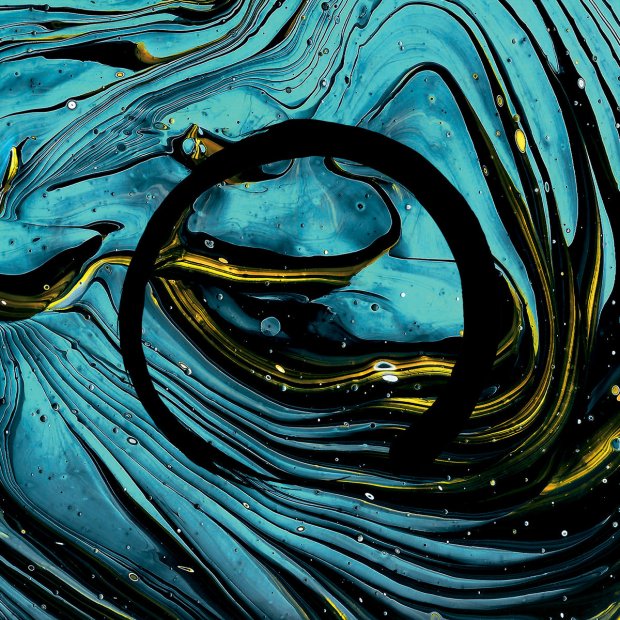 A couple weeks back, the very great O’Brother released a new track called “Killing Spree” off their upcoming and very anticipated album, You and I. Well, now they’ve released another new song “Halogen Eye” and this one is quite the killer track as well. This track also features Biffy Clyro vocalist and guitarist Simon Neil. “Halogen Eye” is definitely an O’Brother song but, this one has a little something extra to it. You and I is definitely going to be a diverse album from what I can tell and that has me excited. O’Brother has always been a band to push themselves to make the best music possible. Their previous album, 2016’s Endless Light proved that and this one is carrying that on.