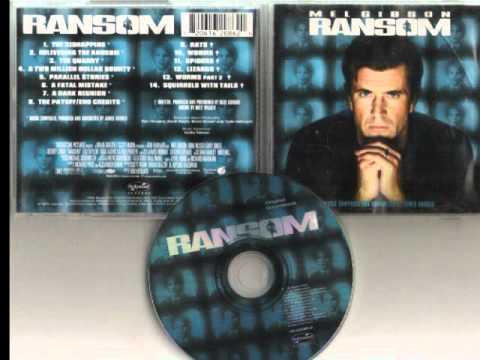 The 1996 movie Ransom, has something very cool about it that a lot of people don’t know. Ready for this, there are seven songs written for the film that Billy Corgan wrote and performed on. Originally, Howard Shore wrote and recorded a full score for the film but Director Ron Howard rejected it and went with notable composer James Horner instead, who collaborated with Billy Corgan. As a result, there are 7 tracks written, produced and performed by Corgan that all appear on Ransom’s soundtrack; namely “Lizards,” “Rats,” “Rats With Tails,” “Spiders,” “Squirrels,” “Worms 1” and “Worms With Vocals.” The end result are these 7 songs that are pretty spectacular and badass. This is definitely worth checking out!

One of the best things about movies set during specific times is the music that is chosen. I’ve always felt that if you can nail the look of the time, than you had best make sure you get the sounds right as well. It’s sort of funny to think about but, also not surprising that one of the best soundtracks ever also came out in 1994. I’m telling you, 1994 was beyond a magical year. The soundtrack I’m speaking of is for Forrest Gump. As you know, the film takes place across a few decades and the music chosen to represent those years is absolutely perfect. You’ve got selections from Elvis Presley, The Four Tops, Creedence Clearwater Revivial, Aretha Franklin, Bob Dylan, Buffalo Springfield, The Doors, Jefferson Airplane, The Supremes, Bob Segar & The Silver Bullet Band, Harry Nielsson, etc. This soundtrack really is exquisite. Even the rest of the songs in the film not included on the soundtrack were great. Songs by Fleetwood Mac, The Jimi Hendrix Experience, Canned Heat and Jackson Browne really bring it all together. Even the score for the film by Alan Silvestri was perfect. The soundtrack to Forrest Gump is one of those that will always be recognized and rightfully so.

Remember way back, when Tales From The Crypt was on? I know I do. It was such a fun show full of humor, horror and violence. The show was a pretty big success and of course out of that came a couple Tales From The Crypt movies. The first (and best one) was Demon Knight. The movie starred Billy Zane, William Sadler, Jada Pinkett and Thomas Haden Church. The real gem of the movie though was the soundtrack, which consisted of bands like Pantera, Machine Head, Megadeth, Rollins Band, Filter, Ministry and The Melvins to name a few. The choice to make the soundtrack mostly heavy music really gave the movie the right mood. Plus a soundtrack and movie like this in 1995, you knew you were gonna get something worthwhile.

Way back in 2001 after the break up of The Smashing Pumpkins, Billy Corgan and Jimmy Chamberlain formed a new band called Zwan. There was two sides to the band and the more acoustic based side was called The Djali Zwan.  Then in 2002, Billy was approached by visionary director Jonas Akerlund to create the music for his upcoming film Spun. A slew of original songs were written by Billy, as well as different approaches to a variety of other songs like a very stripped down version of Iron Maiden’s “The Number Of The Beast.” The film would go on to become a sort of cult movie but, the soundtrack is one of those sought after items for many fans of Corgan’s. These songs have taken on a life of their own and really helped to give a vibe to the film.

The year is 1997 and the auto-biographical film Private Parts about Howard Stern is drawing in audiences. While the film went on to be a success, there was another element of the whole thing that often gets overlooked and that is the soundtrack.

END_OF_DOCUMENT_TOKEN_TO_BE_REPLACED

In 1999, there was a film that came out called Outside Providence. The movie is based on writer and director Peter Farrelly’s (There’s Something About Mary, Kingpin, etc) novel of the same name. The film is a stoner style comedy full of the trials and tribulations of being a teenager. The movie stars Shawn Hatosy, Alec Baldwin, Amy Smart, the late Jonathan Brandis and a few others you might recognize.Something else that is pretty cool about this movie is that it features a very young Jesse Leach of Killswitch Engage in a small role. The movie is quite enjoyable and the soundtrack kicks major ass. The soundtrack features bands like The Who, The Allman Brothers, Mountain, Free, ELO, and so many other great bands from the 70’s.

2003 saw the release of an anticipated movie that sort of (well not sort of) fell flat on its face. That movie was Freddy vs Jason. There was so much potential as to what that movie could have been but instead we got what we got. One thing that actually was cool about the movie was the soundtrack. Over the 20 songs featured on the soundtrack, you got to hear the end of the “nu-metal” era and the beginning of the “metalcore” era. You had bands like Slipknot, Killswitch Engage, Chimaira, Sevendust, Lamb Of God, Spineshank, Ill Nino, DevilDriver, Stone Sour and even Type O Negative, to name a few. Something else about this soundtrack that is worth noting is that 14 of the 20 songs on this soundtrack were previously unreleased songs by that bands.

Back in 1993 there was a movie that came out that was pretty mediocre but the soundtrack was an absolute beast. I’m talking about Judgement Night. The movie had Emilio Estevez, Cuba Gooding Jr, Jeremy Piven, Stephen Dorff and the great Denis Leary. The movie is less than memorable, though Denis Leary plays one hell of a bad guy. The soundtrack though became a cult classic and really was instrumental in bringing hip-hop and rock/metal together. Collaborations like Helmet and House of Pain, Biohazard and Onyx, Living Colour and Run DMC, Slayer and Ice-T really stood out as the go to tracks. Then there were others that were quite interesting like Pearl Jam and Cypress Hill, Sonic Youth and Cypress Hill, Dinosaur Jr and Del The Funky Homosapien. All in all this soundtrack was badass. There was even a collaboration between Tool and Rage Against The Machine but, neither band was happy with the end result so it didn’t make the album.

Tool and Rage Against The Machine- Can’t Kill The Revolution: