Last night, I was thinking of movies I haven’t seen in a long while and Lost Highway popped in my head. From that point, I had a couple songs stuck in my head. One was Nine Inch Nails “The Perfect Drug” and the other was the cover that Marilyn Manson did of “I Put A Spell On You.” This track was originally featured on the Smells Like Children EP. The original version of the song was done by Screamin Jay Hawkins but, is most famously done by Creedence Clearwater Revival (and that’s the one I associate it with most). This is definitely an interesting take on the song and fits perfectly on Lost Highway. Enjoy!

Marilyn Manson- I Put A Spell On You: 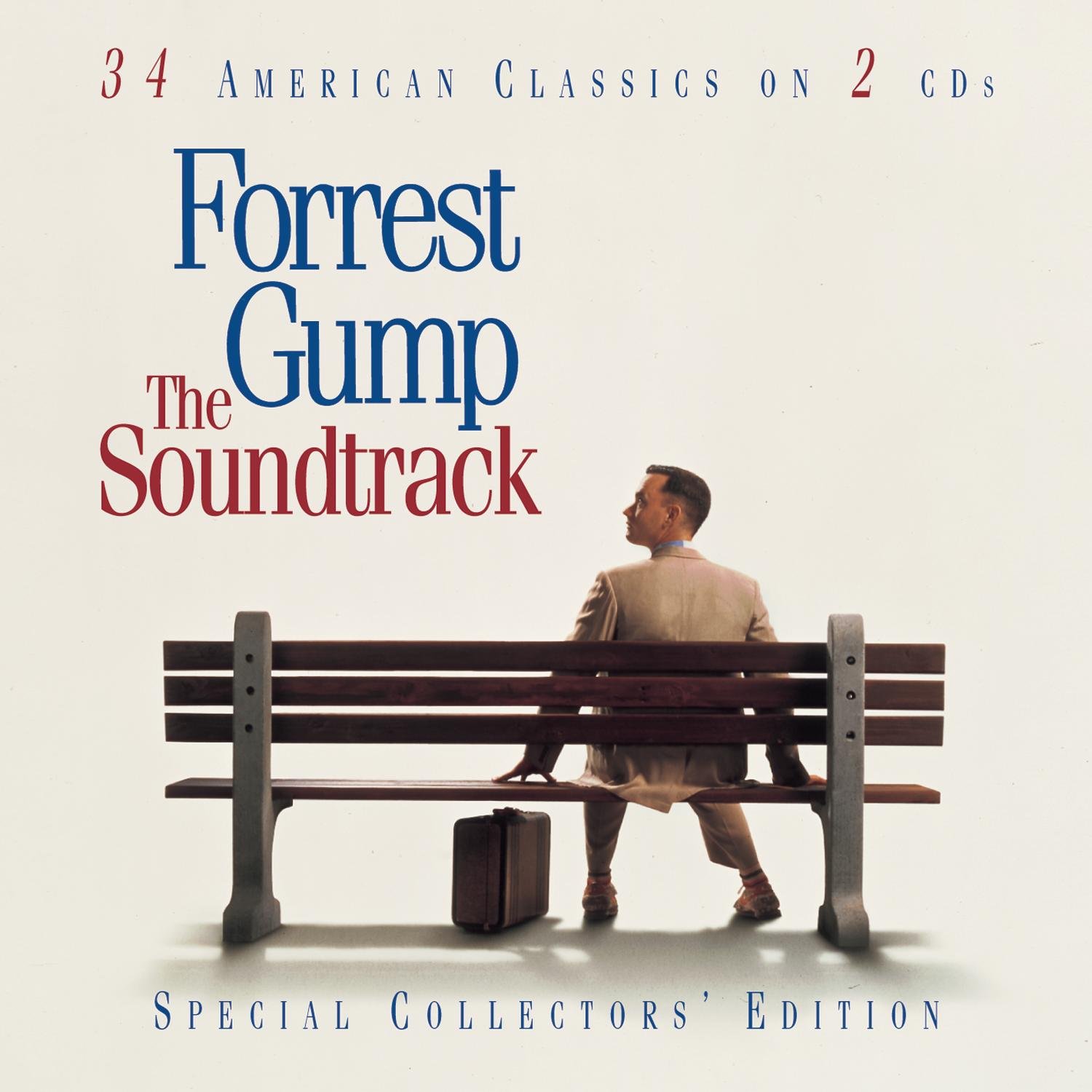 One of the best things about movies set during specific times is the music that is chosen. I’ve always felt that if you can nail the look of the time, than you had best make sure you get the sounds right as well. It’s sort of funny to think about but, also not surprising that one of the best soundtracks ever also came out in 1994. I’m telling you, 1994 was beyond a magical year. The soundtrack I’m speaking of is for Forrest Gump. As you know, the film takes place across a few decades and the music chosen to represent those years is absolutely perfect. You’ve got selections from Elvis Presley, The Four Tops, Creedence Clearwater Revivial, Aretha Franklin, Bob Dylan, Buffalo Springfield, The Doors, Jefferson Airplane, The Supremes, Bob Segar & The Silver Bullet Band, Harry Nielsson, etc. This soundtrack really is exquisite. Even the rest of the songs in the film not included on the soundtrack were great. Songs by Fleetwood Mac, The Jimi Hendrix Experience, Canned Heat and Jackson Browne really bring it all together. Even the score for the film by Alan Silvestri was perfect. The soundtrack to Forrest Gump is one of those that will always be recognized and rightfully so.

Today is election day. Probably one of the most important elections in the history of the United States. I thought that today I should put together a list of the greatest political songs. This is open to all who would like to contribute a suggestion to the list. I will be updating this a lot!

Bob Dylan- The Times They Are A Changing:

Bob Dylan- Only A Pawn In Their Game:

Rage Against The Machine- Sleep Now In The Fire:

Rage Against The Machine- Killin In The Name:

Buffalo Springfield- For What It’s Worth:

The Clash- Know Your Rights:

Bruce Springsteen- Born In The USA:

Gil Scott Heron- The Revolution Will Not Be Televised:

The Doors- Five To One:

Rise Against- State Of The Union:

It’s really late right now and I just finished watching Almost Famous. Sitting there watching Cameron Crowe’s love letter to music, it got me thinking I should write a love letter to music and show appreciation to certain people that helped guide me on a musical journey. So without further delay, I share with you my musical memories.

My first absolute memories of music is being in the car with my parents. When driving with my mom and dad is when it really started. We would drive in either their dark gray Mazda RX-7 or silver Mercury Cougar.  My dad then puts the tape in the stereo and out comes “ You know a day destroys the night/Night divides the day/try to run/try to hide/ Break On Through To The Other Side.” The Doors were one of my absolute first loves and has played a huge part in my musical chemistry. I would go on to read every book about them to really understand what they were all about. Jim Morrison was and always will be one of my most profound influences in how I write lyrics and poems. My dad was really into The Doors, Creedence Clearwater Revival, Jefferson Airplane and tons of other great music from the sixties and seventies. Adding to those bands was my moms love of The Velvet Underground, Neil Young and Led Zeppelin. Granted I was way too young to appreciate The Velvet Underground at that time, there was something strange and mysterious about their music that captivated me. Lou Reed was such a masterful story teller in his songs. There was something truly poetic about the way he wrote. Sure he wasn’t a good singer, but neither was Bob Dylan and both of them were able to connect on such a level that is hardly touched.  Even to this day when I’m out with my parents, I can put all the albums on that they showed me, and it brings me back to when and where I was when I first heard them. Not to mention all the stories that both of them have of when and where they were, really make musical memories that you can not replicate. Those stories are some of the best things to hear.

The other moment that really changed everything happened when I was three. My parents were having work done to our house and the guys that were doing the work would play their music. One day I heard the song that set everything in motion. “Shot through the heart/ And you’re to blame/ Darling you give love… A BAD NAME.” I was blown away. I had to have this, only I didn’t know who it was. I would soon be told it is Bon Jovi. The next thing I know I’m at The Wherehouse with my mom buying Bon Jovi Slippery When Wet. I must have listened to that tape over a thousand times and wore it out! Of course then I had to have everything Bon Jovi, all other albums, all their videos, magazines, assorted other odds and ends and of course I wanted to be Jon Bon Jovi. The walls of my room were covered with posters of Bon Jovi. My first concert would of course be Bon Jovi. It was in 1989 at the Forum in Los Angeles. I was four going on 5 and my parents asked what I wanted for my birthday and I said I wanted to see Bon Jovi. Then it happened. I was with my mom and dad seeing my favorite band. It was during the New Jersey tour that I went. I still have the t-shirt from that show. Mine is quite too small to wear now, but my mom had bought a bigger extra one and as the years have gone on I’ve rocked that shirt to every Bon Jovi concert I go to. And That concert changed my life

A few years back, my wife took me to Outside Lands festival in San Francisco. One of the main headliners for that year was Neil Young. In all my years Neil was on my list of bands/people I needed to see before they/or I pass. So on the first night of the festival, it happened. Neil Young on stage and the tears of joy started coming. There out in the audience, standing next to my girl, I watched and listened in awe of Neil Young rip though so many of my favorite songs. I remember also as soon as the show was over and calling my parents and telling them how amazing Neil Young was and to thank them. That was such great musical moment in my life that without my mom and dad showing me so many great bands, I would have missed out on seeing someone in concert that would have a lasting effect on me.

My wife causally listened to music before she met me. She hadn’t really been to many shows or heard certain albums. Needless to say, I saw a perfect opportunity to pass along my musical knowledge to her. It’s truly a wonderful feeling to be able to pass along what you were taught about music from your parents to people that really soak it up and get as excited as you do about certain albums. Sure there are some that don’t always connect with her, but she sees it for what it is and appreciates it. Being able to explore different genres with her and take her to concerts and see bands she never in a million years would have ever heard of or listened to is exhilarating. One of the biggest bands that she has really grown to love is Nine Inch Nails. Her love and appreciation of them makes me really happy. Not only are they my favorite band, but now hers too. This sure makes things easy when it comes to asking what should we listen to. I proposed to her at a Nine Inch Nails concert and at our recent wedding we walked down the aisle to an instrumental version of “The Fragile” by Nine Inch Nails. Not something you would see at a normal wedding. It was perfect for us though. Over the years and all the albums and concerts, it’s still great to still give her albums to listen to and hear what she thinks of them as she listens for the entire album for the first time and take her to concerts that will leave her speechless.

I wasn’t an easy kid to raise, and got grounded a lot. Even with all the times I was grounded, my parents never took away my music. Music was always my saving grace. It has been the one constant in my life that has truly allowed me to be me and express myself. Through all the genres and phases I’ve been through, music has been there to guide me. It didn’t matter what I was going through, I always had a soundtrack to accompany me. Over the years I’ve gone back and looked at my collection and asked myself why did I buy this? Then take it over to my stereo put it one and listen, trying to remember what was it about this band that made me buy their album. Then I remember how old I was, where I was when I first heard the song that made me want to buy it, and who I was friends with at that time.

Its quite interesting to look back on all this and realize that some of my favorite memories involve going to a record store and buying a new album. I have a ritual when I buy a new album. I immediately have to open it and look at the booklet and skim through it. and then if its a cd I have to listen. Then when I get home, I grab my pillow and headphones and head right for my stereo and begin to listen over and over, just soaking it all in. As I lay there reading the lyrics and liner notes, I delve into the songs with each listen, finding my favorite songs and loving every minute of it. I love listening to music. There is no better feeling than hearing a great album that takes you on a journey that soothes everything and puts you in a space that is all your own

Mom and Dad- Thank you for sharing your music with me. You started me on my journey and let me pursue what I wanted to do with music. They say it’s got to start somewhere, and what better place than at home. Oh and there is nothing wrong with long songs anymore.

Alisa- Thank you for letting me share my musical wisdom and collection with you. You have helped me continue on my musical journey and allowed me to keep pursuing my musical ambitions. I can’t wait for us to pass on our music tastes to our kids. Just try to limit some of that silly stuff you listen to.

Since tomorrow I’ll be posting a review about the Faith No More show I’m attending tonight, I thought today would be a good idea to share one of the worst covers I’ve ever heard with you all.