In 2016, there was an album released that was devastatingly beautiful as well as fast becoming one of my all time favorites. I’m referring to the album Rheia by Oathbreaker. If you’ve never heard this album, you are surely missing out on an album that will forever change you. I could seriously (and I probably will) write a whole long article about why that album is so meaningful to me and important to the heavy music landscape. Right now though, I want to focus on the fascinating music video Oathbreaker released for the song(s) “10:56/Second Son Of R.” These two songs kick off the album and are absolutely astounding. The visual aspects of what the video brings takes it to another level. The video is a demonstration of catharsis and poetry in motion. It’s stunning and beautiful and evokes a slew of feeling that will cause chills. 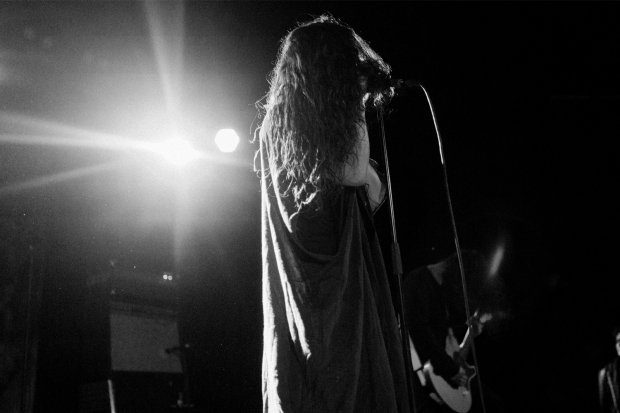 Do you remember that feeling you get when you hear and see a band that leaves you utterly in awe? I’m still in a daze from seeing Oathbreaker last night. I’ve been looking forward to seeing them live since I first heard their masterpiece Rheia, and they were every bit of what I expected and more. Seeing Oathbreaker live is poetry in motion. The true essence of artistry and personal connection seethes through every note played and sung/screamed. The purity of how the music and words come through live is beautiful. This show and band is a perfect example of how to leave a lasting mark.

Kicking off the night was Jaye Jayle. Conceived by Evan Patterson of Young Widows, this group set the night off with a stark mood that was drenched in blues and dreary vibes all the while creating a sense of calm before the storm. I’ll admit when I checked them out before seeing them live I wasn’t sure what to expect but, as they played through their set, I became more and more engrossed in what they were doing. Mixing blues with bits of folk and southern gospel, Jaye Jayle is quite the sight to see live. As good as they sound on their album, seeing them live really makes it stand out.

Direct support came from Khemmis. Their doom metal meets 70’s rock vibe was a wise choice for the evening. Dueling guitar solos and tight rhythms bellowed through the Roxy as Khemmis played through a chunk of songs from their highly touted new album Hunted. At times during their set I kept thinking that Khemmis is what Rush would sound like if they were metal and didn’t have the synths. With that in mind, Khemmis delivered an epic set that left the audience lining up by their merch spot after they played. 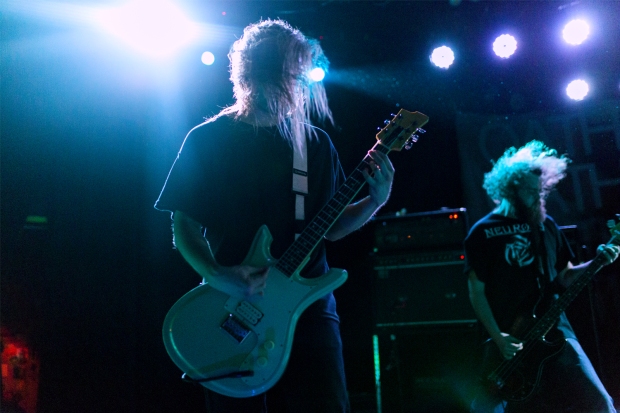 The main event of the evening though was Oathbreaker. To say that I’m totally enthralled by this band is an understatement. There is really something special about Oathbreaker. I haven’t been this excited by a new band in a long time. From the moment they started their set with “10:56/Second Son of R,” it was on. Unrelenting and beyond powerful, Caro Tanghe, Gilles Demolder, Lennart Bossu, and Wim Coppers delivered one of the most sonically menacing yet crisp sets I’ve seen in a long time. Other songs like “Being Able To Feel Nothing,” “Immortals,” “Needles In Your Skin,” “Where I Live,” and Where I Leave” each left their own mark. As I mentioned in the beginning of this review, Oathbreaker live is poetry in motion. Instead of the crowd stirring up a pit, everyone in attendance was fully engrossed in what the band was doing on stage. The translation from record to live is seamless and smooth and I’d even go as far as saying that their live sound is even more astounding than their album. Each song played seemed to really conjure up the sense of passion and belief from their band as they delivered their soul to you.

Seeing a band like Oathbreaker is a great reminder that music is art. And when you truly believe in what you are doing, the chances of making something substantial and great is even higher. My faith in music is alive and well because of Oathbreaker. I haven’t left a show in a while feeling this good and inspired. I truly hope that people recognize all the talent and art that Oathbreaker has to offer. They deserve to be held in the highest regards. Go check them out if they are in your area. You won’t be disappointed in the least. 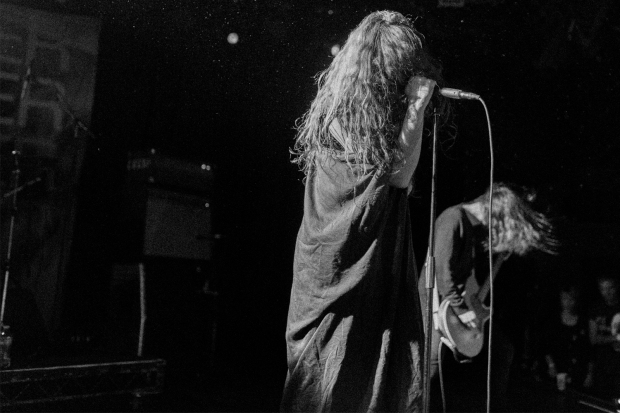 2016 was a tremendous year for great albums. I’ve mentioned it in previous posts and I stick to my thought, I honestly think that in about 10 years 2016 is going to be a very highly regarded year for music just as, 1994 was (not as poignant obviously). There is one album that I really want to point out as amazing, inspiring, emotional, and most importantly a masterpiece. I’m talking about Oathbreaker‘s album RHEIA. Since I first heard this album I can’t turn it off. It’s on constant repeat. Everything from the music, its depth, production, tones,  depth, artwork, lyrics,  and performances, especially that of singer/lyricist Caro Tanghe are incredible. I love the whole thing keep finding new things about the album that make me love it even more.

Every song on the album leaves you breathless. Rheia is more than just a masterpiece, it’s a genre defining album, that will inspire a slew of new bands. Taking black metal and mixing it with shoegaze (on a side note, I’ve always hated that term), Oathbreaker takes it further by their added sense of post hardcore, ambience, and acoustic sensibilities. This band emits a sense of honesty and ferocious tenacity that I haven’t heard in many years. Each members every emotion is worn on their sleeves as they deliver performances that will send chills up your spine.

I would go song by song but, I really want you all to hear this album from start to finish, and then we can talk. You have to listen to it. Rheia is an album that has the depth musically and lyrically that makes you remember why music is so powerful. I believe that music saves lives, and this album is one of those. Not only that but, when you listen, you feel it all too. The lyrics are beautifully poetic, dark, and intense. They are also some of the most personal and heartfelt words I’ve heard in a very long time. Caro Tanghe is a revelation as a writer and vocalist. The music is stunningly charasmatic along with heavy and pummeling. The beats of drummer Wim Coppers (and Ivo Debrabandere) help to really accentuate your heartstrings as Caro sings and screams, all the while guitarists (and bassists) Lennart Bossu and Gilles Demolder come at you with an attack of devastation and new life, through the use of their instruments.

Rheia is the true ALBUM OF THE YEAR for 2016. Transcending genres as well as setting the bar for their peers is remarkable. While this may not be for everyone, give this an honest shot. Read the words, and wrap yourselves up in what a masterpiece this album is. I thank you for listening and taking the time to do something for the love of great music that needs to be heard.

I present to you, Oathbreaker’s Rheia: 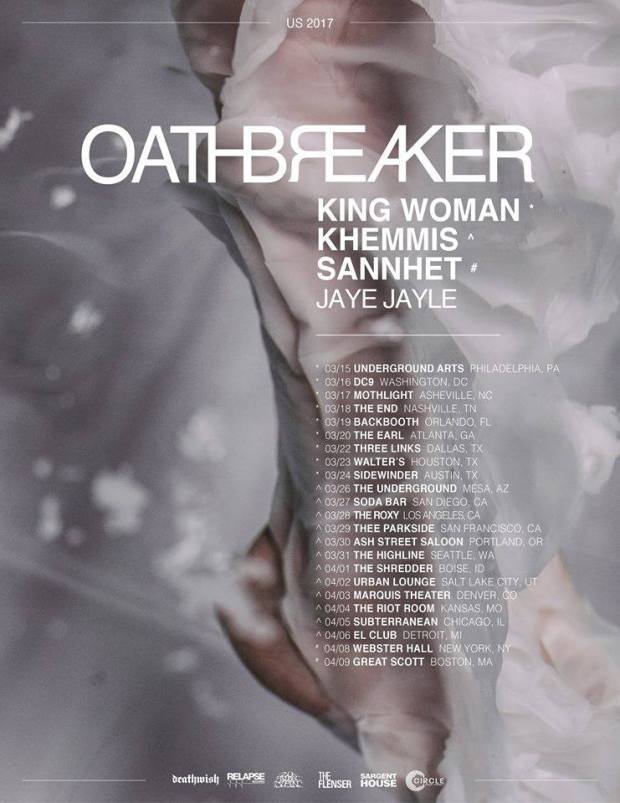