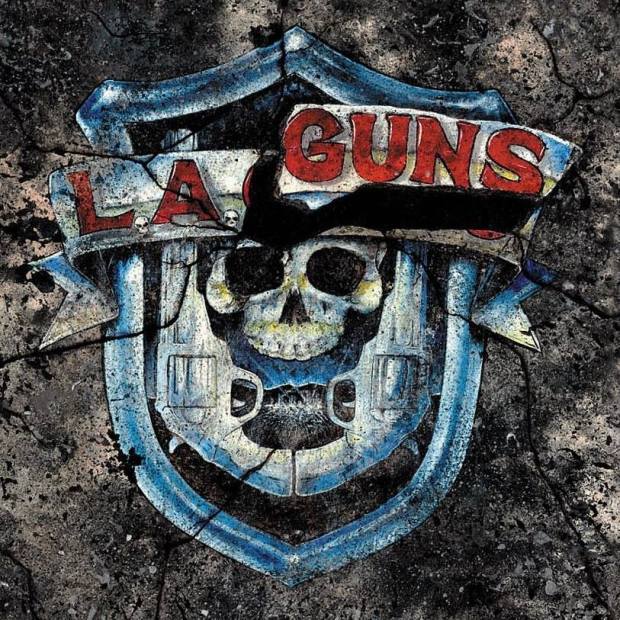 The comeback album is one of the hardest albums to make. There are so many variables that go with it that sometimes the pressure leads to a very underwhelming effort. That is not the case though for L.A. Guns. When it was announced that singer Phil Lewis and guitarist Tracii Guns were getting back together, it was met with joy and excitement. These two are and were what made L.A. Guns such a great band. Now 15 years later after taking time apart from one another, they are back with an album that not only rocks but reinvigorates their careers.

The Missing Peace is everything a rock album should be. It’s filled with great heavy rock songs, a few mid tempo bluesy jams, and of course that song that tugs at your heart strings. Not only does Phil Lewis sound great on the album as well as live (I saw L.A. Guns a few months back) but the words and melodies he brings to Tracii’s songs is impeccable. “It’s All The Same To Me” starts the album off and you know that you are in for a treat as the songs goes on. Other stand outs include “Speed,” “A Drop Of Bleach,” “Sticky Fingers,” “Christine,” “Don’t Bring A Knife To A Gunfight,” “The Floods The Fault Of The Rain,” “The Devil Made Me Do It,” “The Missing Peace,” and “Gave It All Away.”

The combination of Phil and Tracii is like Mick and Keith or Plant and Page. There is just something special about when these two are together. They play off each other so well. It’s refreshing to hear them back together and putting out quality songs like the ones on The Missing Peace. They aren’t trying to bring back the 80’s instead they are putting out a great rock album that the world needs. Fans of them from back in the day will absolutely love this record and newer fans will gravitate to it as well. Something else that stands out on this album is the other guys in the band. Drummer Shane Fitzgibbons, bassist Johnny Martin and guitarist Michael Grant bring the extra juice and flair that makes this band special.

Do yourself a favor and give this album a listen then go buy it and see them live.

I have a deep love of bands from the 80’s. When I was a very young kid, the 80’s were my jam. I loved (and still do) Bon Jovi, Guns N Roses, and Metallica but, I also loved Poison, Motley Crue, Def Leppard, and all the other bands in between like Ratt and L.A. Guns. Last night was a real treat as I finally got to see L.A. Guns, and boy did they rock the house. Last year singer Phil Lewis and guitarist Tracii Guns reunited for the first time in over 15 years. They rekindled their friendship and musical chemistry and are back firing on all cylinders just like it was back in the day.

On a Sunday night in the suburbs, the venue was packed, and fans were ready for rock. As the band took the stage to a thunderous roar from the crowd, you knew that this night was going to be a treat. Starting their set off with “No Mercy” was a hell of a way to get things going. The sheer magnitude of rock coming off the stage was contagious as the crowd was beyond into it. As the show went on, the band ripped through song after song in an uncompromising fashion. Other highlights of the night were “Electric Gypsy,” “Sex Action,” “Don’t Look At Me That Way,” “Kiss My Love Goodbye,” “One More Reason,” and my personal favorite “Over The Edge” complete with Tracii playing the intro with a violin bow. Even the new song they played “Speed,” was a solid song, and shows that rock music is alive and well. Closing out the night was “Never Enough,” “The Ballad Of Jayne,” and “Rip and Tear.”

There wasn’t one moment throughout L.A. Guns’ set that slowed down. They kept the fire burning through each song, making a statement that the band is back and are going to rock you to the core. Phil Lewis sounded great. His vocals are top notch and his delivery was impeccable, especially when he would go for the high notes. Tracii Guns is one of the most underrated guitar players in the last 30 some odd years. His solo’s are tasteful and astonishing. The ability and talent he has is without question. It’s really great to see Tracii and Phil back together doing what they do best. The other guys in the band really bring out the best in those two. All night long you could tell they were enjoying playing.

What a great night not just for me as a fan of the band but, for rock music as well. Seeing a band like L.A. Guns still out there and kicking ass gives me hope that rock music will never die, contrary to what Gene “I’m in it for the money” Simmons says. L.A. Guns wasn’t the biggest band in the world but, they sure do write great songs and perform the hell out of them. Do yourself a favor and go see them when they come through your town. You’re in for quite a treat.