This new topic is all about the scores that go along with films.

Since this is a new topic, I thought I’d start with my all time favorite score soundtrack. Yes, it’s for The Crow. I absolutely love this score. It really is perfect and compliments this film beautifully. Consisting of mostly orchestral music, with some electronic and guitar elements, Graeme Revell created a soundscape that is lush and full of darkness. This score also has a way of giving you chills as you watch the film and you hear the score accompany the scenes. There’s an iconic scene in which Eric Draven is on the roof performing a guitar solo (entitled “Inferno”) that is not only iconic and wonderfully shot but, it’s also worth noting that Brandon Lee, learned to play guitar for his role in the film. Although since he died before filming this scene, a body double was used.

This score is truly one of the greats. It covers every emotion and feeling. The way the film is and how this score and the soundtrack are put together is stunning. There aren’t enough scores/soundtracks that can really hit it out of the park like this one did.
The Crow Score by Graeme Revell:

As I’ve written about it many times before, the soundtrack for The Crow is one the best soundtracks of all time. There isn’t one song on it that doesn’t fit or make you want to watch the film. I’ll never forget way back when, the first time I heard the Rage Against The Machine song “Darkness.” I was completely floored by it. I had been a fan of the band for a while at that time and didn’t hear it on their debut. The song was originally written in 1991 and titled “Darkness Of Greed.” They re-recorded the song specifically for the soundtrack. “Darkness” never appeared on an album until the anniversary edition of their debut album. It did appear however as a b-side on the “Killin In The Name” single. Either way the only way to get this song for a long time was via The Crow soundtrack.

Rage Against The Machine- Darkness:

Last night I couldn’t sleep, so I turned on the TV and saw that The Crow, my favorite movie of all time had just started. So I got myself comfortable and watched it for the millionth time. Seriously I’ve probably watched The Crow over 300 times in my life. I know it’s a bit excessive, but it’s just so good. While watching, quoting along with the film and listening to the soundtrack, it got me thinking about all the songs that were only ever released on soundtracks. Which brings me to this new feature focusing on soundtrack only songs. The first one I present to you is The Cure’s song “Burn.” I’ve long been a fan of The Cure since I was a little kid, but I remember hearing this song over 20 years ago and thought to myself (and still do) what a great song this is and how only they could pull this off. 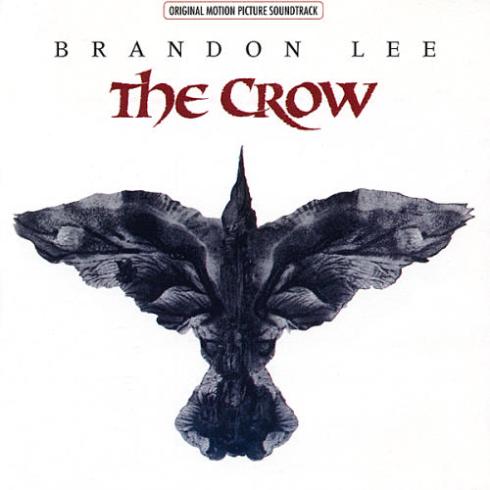 1994 was quite a year not just for music, but also for movies. Brandon Lee’s final film The Crow was released and accompanying the film, was a tremendous soundtrack, featuring bands like Nine Inch Nails, The Cure, Stone Temple Pilots, Pantera, Rage Against The Machine and Helmet. One of the intriguing things about the album was the songs from Nine Inch Nails, Pantera, and Rollins Band were all covers. Nine Inch Nails did Joy Division’s “Dead Souls,” Pantera did Poison Idea’s “The Badge,” and Rollins Band did Suicide’s “Ghost Rider.” Also notable was the inclusion of Rage Against The Machine’s Darkness, which was actually a re-recorded b-side from their debut album. Stone Temple Pilots song “Big Empty” first appeared on the soundtrack and then was later added to their masterpiece Purple. The Cure’s song “Burn” is a wonderful song too, that radiates how great The Cure are.

The Crow is my all time favorite movie. I’ve seen it well over 100 times. There is something so perfectly dark about it and the music that is a part of it blends so well. 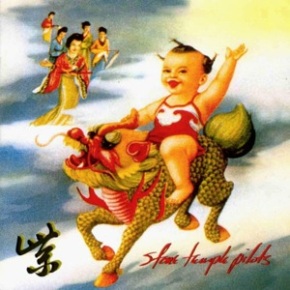 Every band has their entire life to write their first album. The one after that can be the hardest. You don’t want to repeat what you just did, and you want to grow as a band. The 90’s were a great time for this and one album in particular managed to do just that. Stone Temple Pilots album Purple. This album pushed the band away from the “grungier” sound of their debut Core and brought in more of a southern rock and psychedelic rock feel to the way they wrote. The use of slide guitar throughout the album really adds another dimension to the tone of the guitars. Scott Weiland’s vocals and lyrics stepped up leaps and bounds. First track “Meatplow” is bluesy complimented with a laid back feel. “Vasoline” is a grooving hard rocking song with great melody. It’s also the only song on the album that drummer Eric Kretz got writing credit on. “Lounge Fly” really evokes the psychedelic feel. This is one of my favorite STP songs. “Interstate Love Song” is the one of the bands most popular songs. It also has a great video to accompany it. The southern rock vibe is very present on this song. The vocal melody is one of the best they’ve ever created. “Still Remains” is a great song to follow “Interstate.” It also shows a more vulnerable side of Scott Weiland. “Pretty Penny” takes it down further, stripping it down. “Silvergun Superman” brings the album back up to the rocking side of things. The chorus melody of this song stays with you for a lifetime. The guitar riff is chunky and heavy but mixed in perfectly not to cause a rumble. “Big Empty” which was actually first heard on STP’s MTV Unplugged, utilizes the slide guitar perfectly and the guitar solo, oh my. I still remember this song best from The Crow (RIP Brandon Lee). “Unglued” is another strong rock song that gets your head bopping and it also has a slight tinge to it that can make you dance. ” Army Ants” goes back to that psychedelic sound in the intro then kicks into high rock gear. Closing out the album is “Kitchenware and Candybars” which again strips the band down and puts Weiland back in the vulnerable state which he embraces. The subtle nature of this song has lots of introspective components foreshadowing a bit in to the future of the band.

Brendan O’Brien’s production and mixing on the album is absolutely flawless. the arrangements of the songs and flow of the album have yet to be duplicated by the band. Scott Weiland cemented himself as a great lyricist and singer on this album. Dean De Leo’s guitar work and tone is unrivaled. Take a listen to Slash try to play STP songs, it just doesn’t sound right at all. Robert De Leo is a fantastic bass player and his ability to harmonize with Scott is tremendous. Eric Kretz is a seriously underrated drummer. This also marks the 20th anniversary of the release of Purple. And in the 20 years it sure does hold up.