You are about to embark on one hell of a journey with Episode 4 of Audioeclectica Radio. After taking some time off to regroup, I’ve brought back the radio show. As always the show is very eclectic and features different styles and genres you might not normally listen to. This is one of the best playlists I’ve put together so far. 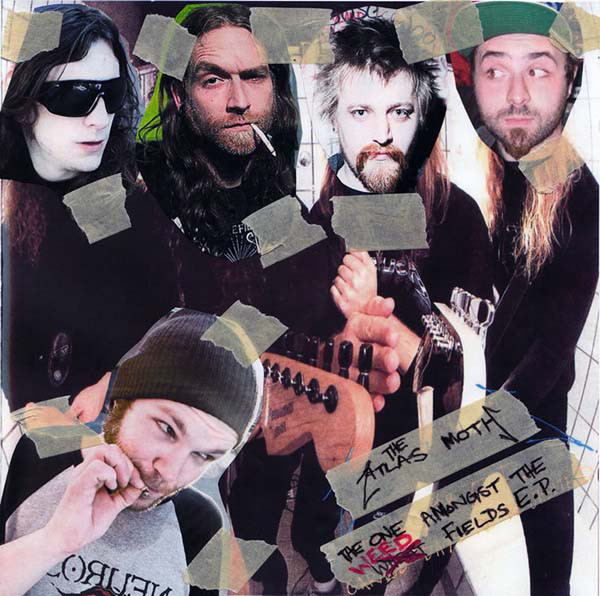 So as you can tell I’m still really digging on The Atlas Moth. Since I saw them live a couple weeks back, I’ve been searching for all things related to the band. I recently stumbled upon this cover they did of Pink Floyd’s “Fearless” and I have to say it’s pretty damn good. Check it out and enjoy what The Atlas Moth brings to this Pink Floyd gem.

Through all the many years I’ve been going to concerts and the countless number of bands I’ve seen, it all comes down to one thing, you either have “IT” or not. Last night at The Resident, one of my new favorite places to see a show, I got to witness the greatness that is The Atlas Moth. Since the release of their new album Coma Noir in early 2018, I’ve been waiting to see them live. It is worth noting that Coma Noir is my album of the year so far.

The Atlas Moth live is tremendous. The fury and volume each member emits while on stage is astounding. Their sound which is a mix of psychedelia, sludge metal and bits of black metal comes across live in a way that is almost hypnotic. On top of the musical trance they put you in, their visual elements with lights and lasers really helps to take you to another dimension. Their set while only 40ish minutes was enough to leave me in awe. Songs like “Galactic Brain,” “Actual Human Blood,” “Smiling Knife,” “The Streets Of Bombay” and “Coma Noir” were absolutely stellar live. The whole set was, not just those songs. Needless to say The Atlas Moth have fast become a new favorite of mine.

The Atlas Moth are one of those bands that when you first hear them your interest will definitely be peaked. Then when you see them live, it all makes sense and you are left with a sense of astonishment and desire to go home and play. At least for me, seeing The Atlas Moth made me want to go home, pick up my guitar and start jamming. I also had the chance to talk to Stavros, the singer/guitarist before the show and he couldn’t have been a more down to earth genuine dude. Thanks for the chat.

Do yourself a favor and listen to Coma Noir by The Atlas Moth. Let the music overtake you and put you in that “trance.”

The Atlas Moth- Live At The Resident:

There is something really cool about discovering a band that has been around for a while. As a listener you’ve more than likely discovered the bands latest album and become enthralled by them that you are compelled to go back and check out their other releases. Recently, I heard about a band called The Atlas Moth and when I heard their song “Coma Noir” and I was immediately drawn in. The Atlas Moth released a new album this year entitled Coma Noir and it’s down right epic. The band sites groups like Deftones, Neurosis, Cave In, The Cure and The Flaming Lips among their influences and while listening to the entire album you can hear how all these bands have helped to shape the bands sound. The sheer intensity they emit is very reminiscent of Neurosis,  and Cave In (especially their albums Until Your Heart Stops and Jupiter). The band takes chances too and experiments with different moods and textures just as Deftones, The Flaming Lips and The Cure do. It all comes together to make for a psychedelic metal experience. Songs like “Galactic Brain,” “The Last Transmission From the Late, Great Planet Earth,” “Actual Human Blood,” “Smiling Knife,” “Coma Noir,” and “The Streets of Bombay” will have an effect on you and leave you lost in a bit of a trance. The entire album as a whole will almost hypnotize you. After listening to all The Atlas Moth albums, you can definitely hear the bands evolution into an absolute heavy force to be reckoned with. Do yourself a favor and take some time to get lost in The Atlas Moth.