When I first heard the Spotlights 2017 album Seismic, I immediately was floored. The combination of shoegaze, doom metal and sludge was just what I needed at the time. And Seismic found it’s way into my top 5 albums of 2017. Fast forward to 2019 and Spotlights have released their new album Love & Decay. Not straying too far from where they left off, Love & Decay continues on the path they laid out with their previous releases only this album goes deeper into that sound.

The album starts off with a sonic explosion that is “Continue The Capsize.” This mood setting song pulls you in just like an album opener should. As the album continues, the crunchy guitars, fuzzed bass, dreamy synth layers, pummelling drums and soft vocals, give Love and Decay the sound for all these songs to come to life. Songs like “The Particle Noise,” “Far From Falling,” “Until The Bleeding Stops,” “Xerox,” and “The Age Of Decay” emit all those elements and then some. Then you have a song like “Mountains Ar Forever” that is a bit of a departure yet still is Spotlights through and through. This experimentation gives the album a needed right turn. Closing out the album is “The Beauty Of Forgetting.” This song continues the experimentation path by adding in some haunting acoustic guitars, underlying industrial style beats and thunderous bass to really drive home the end of this album.

Love and Decay is exactly what Spotlights sound like, only this time around, they stepped up the heavy and added a level of melody to help propel the songs to new heights. The one thing about this album is that at times, it feels like the songs are just a shade too long. It’s like when you watch a film and think that certain parts could have been cut down to get to the point faster. Other than that, Love and Decay is a killer record. Mario Quintero (guitars/vocals/production), Sarah Quintero (bass/vocals) and Chris Enriquez (drums) have formed an exquisite bond as a three piece and they sound like there are at least eight people in this band. Love and Decay is the type of album that with more and more listens you will find more to love and be drawn deeper in. It’s also worth noting that, having seen Spotlights live before, I just know these new songs are going to tear the roofs off of venues and leave audiences in awe.

Back in 2017, Spotlights released their very awesome album, Seismic. I played the hell out of that album too. Now, Spotlights are back with a new full length album, Love & Decay. Picking up where they left off with Seismic, Mario and Sarah Quintero along with Chris Enriquez have delivered a new collection of dreamy shoegazey songs that this time around tinge on the edges of post hardcore and doom, to create a grittier sound. The first song released, “The Age of Decay” is doomy and kind of reminds me a little bit of Isis (the band) on their In The Absence of Truth era. Check it out!!!

Ever since I heard the album Seismic by Spotlights, I just can’t get enough of them. They are one of the bright spots in today’s music scene. They have an EP called Hanging By Faith which is out in a couple weeks (June 15 to be exact) which features a really great cover of The Cure’s song “Faith.” Spotlights really knocked it out of the park with their version. It harks back to that era of The Cure but also shows the dynamic range of what Spotlights are more than capable of. 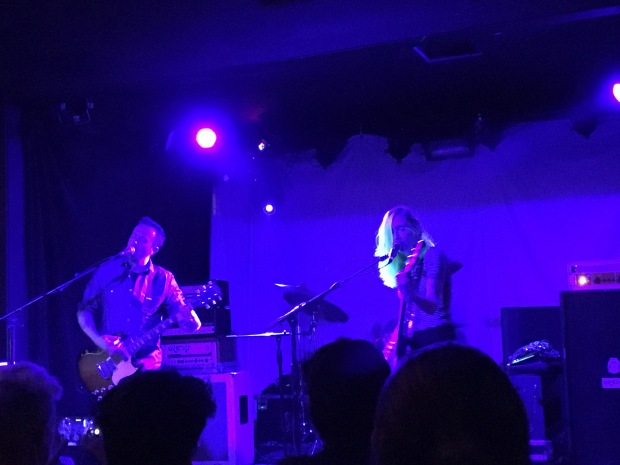 When a band puts out a tremendous album my expectations for seeing them live tend to go up. Last night at The Echo, I had the pleasure of checking out Spotlights live and I left the show in awe of how great they were. As a three piece band, the amount of volume they emitted from the stage was astonishing and bright. Every song they played was tremendous. Their recent album Seismic is a true gem of 2017 and their live show cements the band as a force to be reckoned with. Guitarist/vocalist Mario Quintero, bassist/vocalist Sarah Quintero and drummer Chris Enriquez tore through their set with the utmost precision and passion. Songs like “Learn To Breathe,” “Seismic,” and “Ghost Of  A Glowing Forest,” and “What Is This, Where Are We,” decimated the audience. During their set I couldn’t help but look around at the crowd to see their reaction to Spotlights and the sea of heads swaying along with the music was a sight to see. Seeing Spotlights at a venue like The Echo was the perfect place to see them. The intimate setting really lets those in the audience become fully engrossed in the music and the hypnotic nature of the band.  I strongly suggest everyone going to see Spotlights when they come through your town. I can’t wait to see what’s to come for them, as they are definitely a band to look out for.

Review and Photo By: Brian Lacy 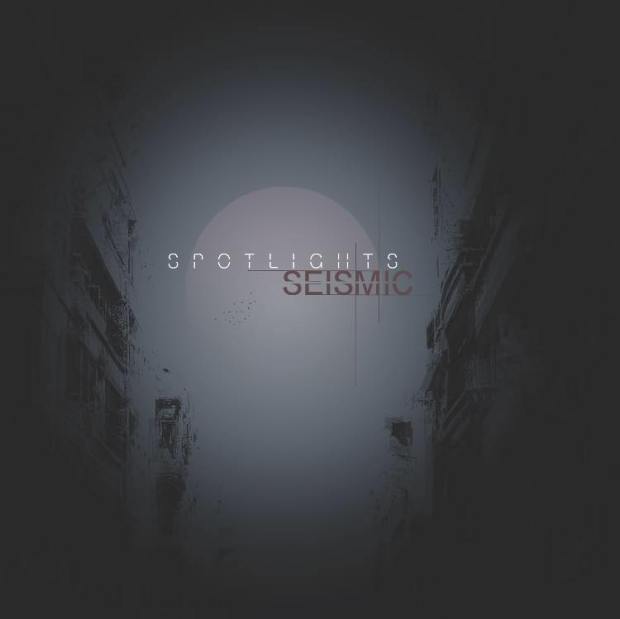 Since starting Audioeclectica, I’ve had the great pleasure of being sent many bands to check out. As a connoisseur of music and a fan, being able to listen to so many bands and their work is quite fun. Sure, I get some duds from time to time but, when I hear a band that I dig, quite often the hairs on my arms stand up and I turn the volume up super loud so my neighbors can hear what I’m listening to. Recently, a band came across my inbox called Spotlights. I have heard the name before but never heard them. So needless to say my curiosity was peaked. And the end result of what I heard was absolutely astounding.

Spotlights are a Brooklyn-based band featuring married couple Mario and Sarah Quintero. One of the great things about Spotlights is their ability to channel different genres and make them sound like you’re hearing them for the first time. Taking bits and pieces from space rock (a la Failure), alternative rock (Siamese Dream era Smashing Pumpkins), shoe gaze (My Bloody Valentine), and a bit of an industrial/electronic vibe (more recent Nine Inch Nails comes to mind), Spotlights have created a sound that reverberates and resonates as a work of art.

Their upcoming album Seismic, will be one of the best albums you will hear all year. Each song brings about a genuine sense of passion and belief that is missing in a lot of bands these days. The production on the album, courtesy of Aaron Harris (Palms, Isis, etc) really captures the sound of the band and then some. On a side note, Aaron plays drums on the album, as well. The entire album is inspiring and deep. I can’t even pin point one song that sums the album up, you have to hear the whole thing, when it comes out October 6 via Ipecac Records.

Spotlights are a band that you NEED to pay attention to. Bands like this don’t come around too often, and they deserve all the accolades and love being thrown their way.

Spotlights- Learn To Breathe (From Seismic):