I was thinking the other day while looking for something to listen to about how many bands are out there that have only one album. Whether it’s by choice a la The Sex Pistols or because the band was dropped/broke up or even a one time project, I thought it would be quite interesting to compile a list of all those bands and albums.

Your input is always welcome!

END_OF_DOCUMENT_TOKEN_TO_BE_REPLACED

When I first heard about Vanishing Life, I already knew, without hearing a song, that this band was going to be something I’m going to enjoy. Having one of my all time favorite drummers in Jaime Miller from Snot behind the kit and Walter Schreifels of Quicksand singing, this was sure to be something special. Joining them on guitar and bass, are Zach Blair of Rise Against and Autry Fulbright of And You Will Know us by the Trail of Dead. The first 7″ they put out was two songs of pure energy and unrelenting aggression. Now on their first full length album Surveillance, Vanishing Life has put together a record that harks back to the days when music had something very important to say.

From the urgency of the first song “Realist,” you can tell that you are in for quite a ride. “Outlier,” has a really cool melodic tinge to it without losing the “vibe” of what the band is. “Painter” is the type of song you’d expect from Walter, which has a sort of Rival Schools feel to it. “Pretty Ruined” has a post-hardcore vibe. “Exile” is a great punk rock track. “Image” is a pretty poignant song lyrically. “Vanishing Life” is full of the energy you’d want from a band in this style. “Thinking Weightless” is a really cool song that has great dynamics. “People Running” was featured on their first 7″ and the first song I heard from Vanishing Life, and this song is raw and full of punk ferociousness. Closing song “Big Other” has an epic vibe to it. I could almost see this as a pre-cursor to what the band might evolve into.

There is something beautiful about the simplicity of these songs. These guys are all great musicians and can play the hell out of their instruments, but they understand the need to play according to the song. Everyone in Vanishing Life lives in different areas but, I really hope that doesn’t cause this to be a one off project. This debut album really shows promise of what the four of them can do together and I’d love to hear more. 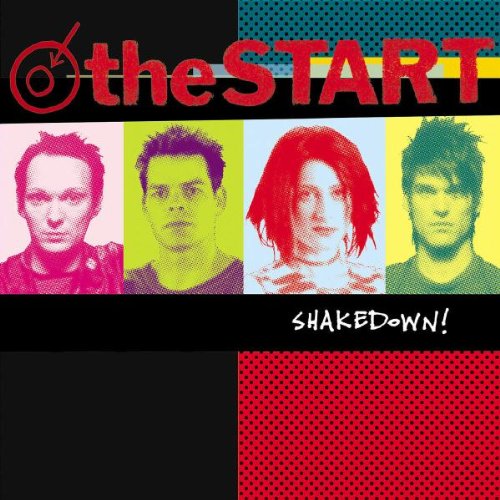 We’ve all heard bands that were so good, but it seemed they were ahead of the time. In 2000, long before bands got fully into the 80’s culture of glam and new wave again, The Start was THE band. The only problem is not many people knew who they were. All the bands that came out after them in their genre, were all bland, rehashed, and boring. The Start brought a new vibe to the 80’s new wave style, writing songs that were eye opening and full of emotion. You might know or not that the band was formed of the ashes of Human Waste Project and Snot. Aimee Echo’s voice is one of “the” most original I’ve ever heard and he lyrics were top notch. Musically, the band delivered a sound that mixed new wave, with punk and hard rock. Their debut album Shakedown is wonderful from start to finish. I’ll even put it out there that it’s one of the best debut albums I’ve ever heard. Their other albums are stellar and different, showing that the band can evolve. I’ve had the great pleasure of seeing The Start a bunch of times. Let me just tell you that, you missed out on one of the coolest, best live bands ever. So if you did miss out, now is your chance to begin!!

You Me and a Knife:

Blood On My Hands:

I’ve really been enjoying doing this feature. It makes me go back and listen to bands/albums I haven’t listened to in a long time. Not to mention that it’s quite fun to research what other collaborations certain singers have done. Since I did an album rank of Korn yesterday I thought why not do a guest vocalist feature on Jonathan Davis and share the songs that he guested on.

Strait Up- Take It Back (Strait Up):

Serj has one of the more distinctive voices in heavy music. He also has a knack for creative melodies that resonate really well with different songs and types of music. Here are a select few songs that Serj has guested on over the years. Some you may have heard and others not so much.

In Decemeber 1998 the singer for the band Snot was killed in a car accident. The band had been riding high after releasing their debut album Get Some in 1997. the band disbanded not too long after Strait’s death. Before his death though, the band had begun work on their follow up album, but Lynn had yet to record vocals for the album. So in 2000, it was decided that the album’s vocal tracks would be completed by friends of Strait as a tribute. The end result being “Strait Up.” Released on November 7, 2000, the album featured appearances by the lead vocalists Serj Tankian of System Of A Down, Jonathan Davis of Korn, Max Cavalera of Soulfly, Brandon Boyd of Incubus, Corey Taylor of Slipknot, Dez Fafara of Coal Chamber, Lajon Witherspoon, Clint Lowery and Morgan Rose of Sevendust amongst a few others. The album does feature one complete song entitled “Absent” with Lynn Strait’s vocals. When the album was released it was met with high praise from critics and assorted music magazines. A little known tidbit is that song that was sung by Serj on the tribute album actually had lyrics by Lynn, and if you’ve heard the live Snot album alive you’ll be able to hear that version.

The tribute album was very fitting and a really nice send off by all those involved to their fallen friend and brother. If you’ve never heard the album you really should!

Corey Taylor of Slipknot and Stone Sour fame has one of the best voices in rock music. He’s lent out his voice a lot over the years. Here are a few songs you might not have known Corey was featured on.
Requiem- From the Strait Up album:

Roadrunner All Stars- The Rich Man

Travis Barker: On My Own

In 2004 there was a band that broke onto the Los Angeles music scene and turned it upside down. They had all the right elements of melody, heaviness, sultry sounds, and a live performance that rivaled any big name. Abloom was formed by Jasan Radford and Levon Sultanian of One Side Zero, Mikey Doling, Roy Mayorga and Marcello Dias (Who all played together in Soulfly amongst other bands). Now in 2014 they have returned in a revitalized form to decimate audiences. The first song they released back then was “What You Came For,” a great track with tons of emotion and intricacies. The other song released ” After That Quiet” has that genuine sensual melody mixed with sultry vocals, all the while still packing quite a punch. There are some other songs of theirs floating around the interweb, and its definitely worth searching out! During their time the first go around, I saw them at least a dozen times (I’m not kidding). They are that good!!

What  You Came For: