I’m probably in a very small minority with what I’m about to say. To me, the best Pantera album is, The Great Southern Trendkill. This album emits a level of heavy that I think even surprised everyone involved in the making of it. I’ve always been very fond of the vocal production on this one too (courtesy of the masterful Sean Beavan working out of Trent Reznor’s studio in New Orleans). There’s something a bit more powerful and in your face about Philip’s delivery on this album. One thing is for certain, the first song on the album, the title track, “The Great Southern Trendkill” is one of the best title tracks. Everything about this song is badass. This is one of those title tracks that stands out amongst them all! 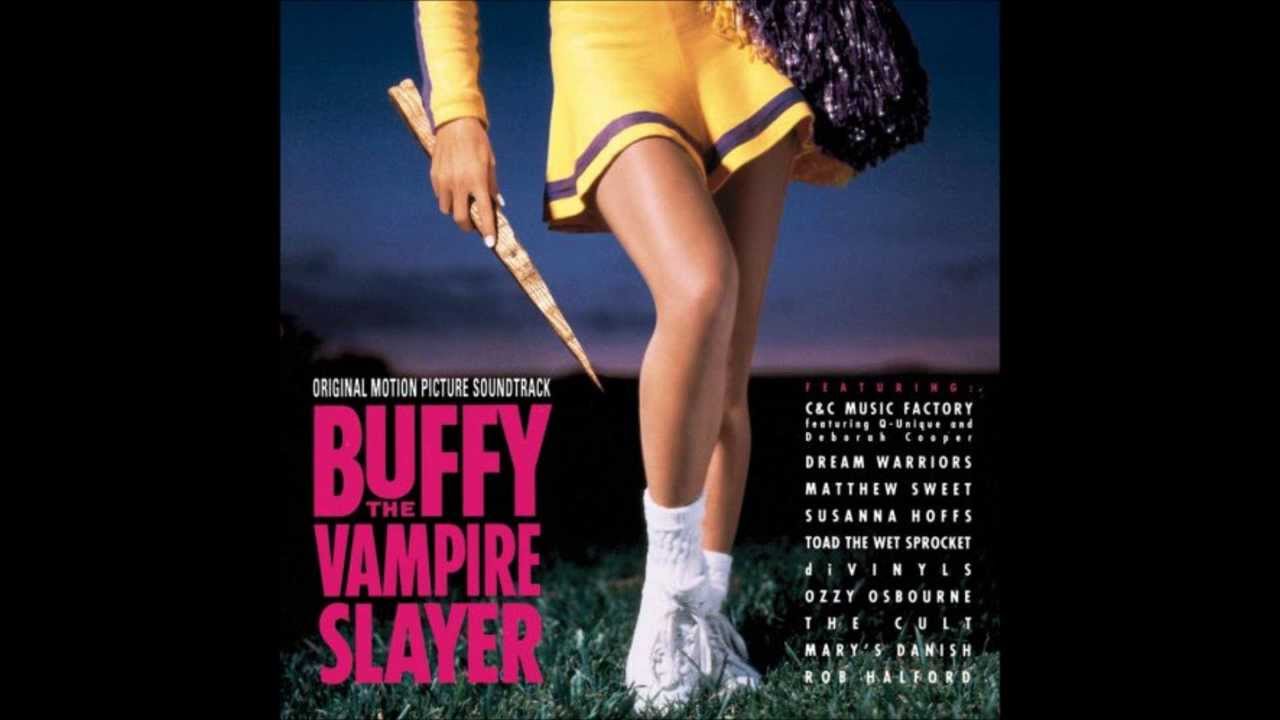 Let’s travel back to 1992 and revisit the soundtrack for the Buffy The Vampire Slayer. While the movie has achieved some cult status over the years, and the TV show has been hailed, the soundtrack has become a bit of an after thought. When you look at the soundtrack though, you can see why it would be. Though there has always been one song on it that has been intriguing. That song is “Light Comes Out Of Black” by Pantera featuring Rob Halford. In an interview some years ago, Rob Halford commented on how this came to be. “I was away from Priest. Sony were working on the soundtrack. They wanted Sony artists and asked me to write a song. I hadn’t written as a solo writer for years and years and years. But it’s one of those things where you don’t know what you can do until you put your nose to the grindstone. So I wrote “Light Comes Out of Black,” and I was stuck. And I got Dime’s number, and I called him up and I said, “Here’s the deal.” And he goes, “Let’s do it. Just get in the plane and come down to Dallas.” So that’s what I did the next day, went to the studio, laid the track down in a very short space of time. Phil wandered by, said “Oh, how’s it going, ‘metal god’?” So I told him and he said, “You got a spot for me?” I said, “Pfft, here’s the mic.” So Phil joins me on the back end of the song. And it turned out really good. It’s amazing to think that that’s a Pantera song really. It is Pantera with me on lead vocals, and Phil obviously doing the outro sections. But it’s a Pantera song really.

So without anymore delay, here’s the song!
Pantera with Rob Halford- Light Comes Out Of Black:

This past weekend were the “Final” Slayer shows. It was very appropriate that they close it out in Los Angeles, seeing as though they are from the great LA area. What was originally going to be one show, turned to two after the first night sold out immediately. Then they announced the lineup of the show. Slayer would be joined by one of the most diverse lineups they’ve played in years. Primus was direct support along with Ministry and Philip H. Anselmo and The Illegals performing nothing but Pantera songs.

The night began with a ferocious set by Philip H. Anselmo and The Illegals. Their short but sweet set was the highlight of the night (other than Slayer of course). For 30 minutes, they really delivered the goods as they ran through their Pantera set. Starting with “Mouth For War” was a great idea as it really got the crowd pumped. “Becoming,” “I’m Broken,” and “Strength Beyond Strength” were absolutely killer as well. During “Fucking Hostile” Anthrax’s Charlie Benante joined the band on the drums and that one just about crushed the pit. “This Love” was a great choice to play as well, with actor Jason Momoa running out on stage with his kids to sing along. Closing out their set was “A New Level” and they really knocked it out of the park with this one. Phil was absolutely on and sounded terrific. The guys in The Illegals really did a stellar job with these songs. Having Phil and The Illegals open up this show was the perfect choice.

Ministry was up next and they were pretty solid. Though they played the same exact set as the did the night before. It had been a minute since I last saw Ministry live and with an entirely different lineup. One of the best parts of seeing Ministry this go round was that on bass they have Paul D’Amor, who you might recognize as the original bassist for Tool. Watching him onstage going all out was pretty great. The band’s set was all classic songs like “Stigmata,” “Just One Fix,” “Thieves,” The Missing” and “Jesus Built My Hotrod,” so that made this pretty cool. It was just lacking something that I can’t quite put the right words to.

Primus was right before Slayer. It was definitely an interesting choice. Throughout their set, you could sense that something was a bit off. The crowd was losing interest and the energy was sort of being sucked out of the room the longer they played. I even fell asleep for a good 10-15 minutes during their set. Primus are a good band and great musicians. I can also see why they were asked to be a part of this tour due to the long history they have with the guys in Slayer but, they really really zapped the room almost out of the show.

Thankfully it wasn’t long until Slayer took the stage and the place went ape shit. A short video preceded the band coming on stage. The video featured fans thanking the band for all the years of music and blah blah blah… FUCKING SLAYER!!! Then, the lights came down and the visuals started and bang, right into “South Of Heaven.” For the next almost 2 hours, Slayer ripped through songs like “Repentless,” Postmortem,” “War Ensemble,” “Stain of Mind” Disciple,” “Seasons In The Abyss,” “Hell Awaits,” “Dead Skin Mask” and “Chemical Warfare.” Gary Holt was absolutely ripping it up on his leads and seemed to be having one hell of a great time playing. Tom Araya seemed to be very contemplative as his sang and played. Throughout the set, he couldn’t help but smile as he took it all in. Paul Bostaph was straight up killing it on the drums. And Kerry King was very locked into his playing but, even he seemed to be enjoying the moment a bit too. Ending their set with the trifecta of “Raining Blood,” “Mandatory Suicide” and “Angel Of Death” was pretty awesome

It was a very somber yet exciting night. If this is truly Slayer’s last show, they went out with quite a bang. For a band that’s been at it this hard for over 30 plus years, it’s never easy but, when you have a fan base as dedicated and die hard as Slayer fans are, it makes it all worth while. Sure I would have liked to hear a few other songs other than some of what they picked to play but, that’s ok, I got the favorites I wanted. I’ve seen Slayer many times over the years and this was one hell of a show. The Forum was a great place to see them close it out. Thank you Slayer for all the years of heavy tunes and inspiration! You will be missed

Remember way back, when Tales From The Crypt was on? I know I do. It was such a fun show full of humor, horror and violence. The show was a pretty big success and of course out of that came a couple Tales From The Crypt movies. The first (and best one) was Demon Knight. The movie starred Billy Zane, William Sadler, Jada Pinkett and Thomas Haden Church. The real gem of the movie though was the soundtrack, which consisted of bands like Pantera, Machine Head, Megadeth, Rollins Band, Filter, Ministry and The Melvins to name a few. The choice to make the soundtrack mostly heavy music really gave the movie the right mood. Plus a soundtrack and movie like this in 1995, you knew you were gonna get something worthwhile.

I really enjoy doing these song battles. Getting to hear what song you think is best is always intriguing to me. Today I have a rather interesting song battle for you all. Both Nine Inch Nails and Pantera have songs called “Heresy” and both are extremely different. Personally I know which song I’d choose (I pick Nine Inch Nails) but, both are very good. Which one do you favor?

I’ve been in a Pantera mood the last couple days. I’ve mainly been listening to The Great Southern Trendkill (as it’s my favorite album of theirs). While I was going through all their albums I forgot about a few b-sides and covers that they did throughout their career. So here they are. The few b-sides they have and covers. Enjoy!

END_OF_DOCUMENT_TOKEN_TO_BE_REPLACED

Episode 3 of Audioeclectica Radio is here. This episode is quite a good one. It’s full of lots of eclectic music and bands for your listening pleasure. I hope you enjoy what I’ve picked for you all.

I’d also like to shout out my friend and fellow listener Ben, he made the new title card (the above picture) for the show and it looks awesome and badass!! So thank you Ben! 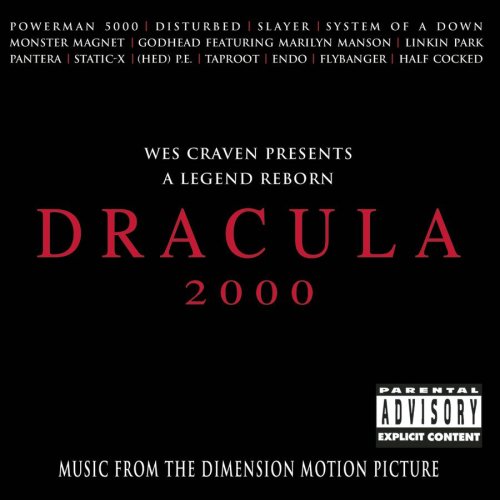 Back in 2000, Dracula 2000 was released. While the movie was pretty bad, the soundtrack more than made up for it. With songs from bands like System of a Down, Slayer, Disturbed, Static X, and Pantera, this sure made for a killer soundtrack. The Pantera song that was released on the soundtrack wasn’t on any of their albums or a B side to a single. “Avoid The Light” is a very eclectic song for the band. It harks back to their Cowboys From Hell days and shows where they were moving towards on Reinventing The Steel. Anyways, here is Pantera’s “Avoid The Light.” 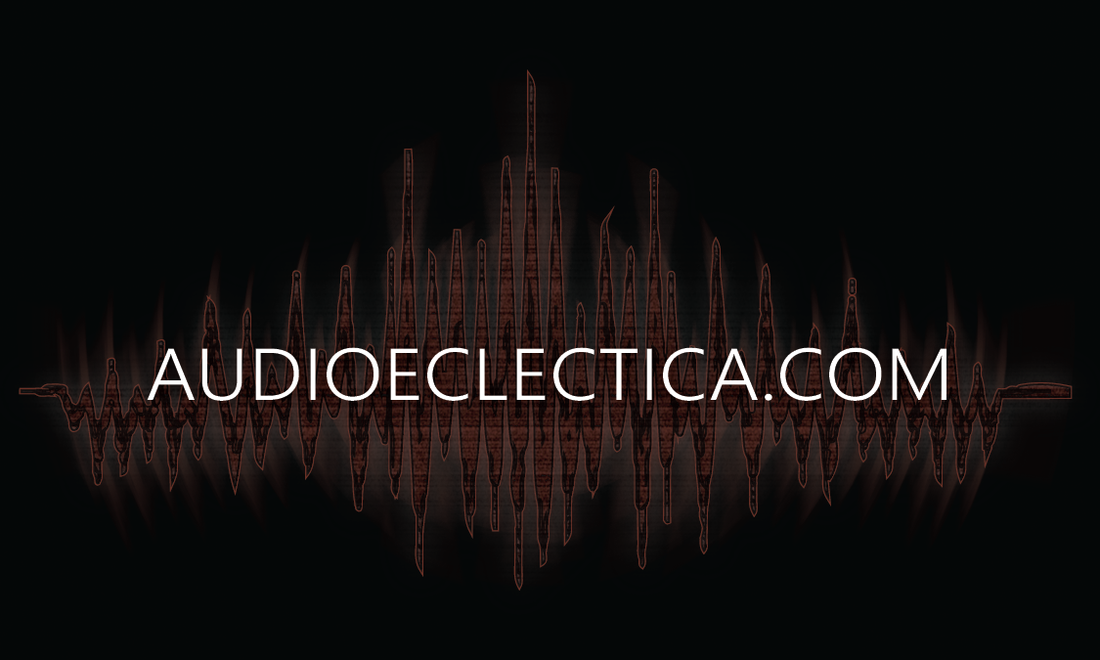 The A to Z  list continues to find the top ten bands/artists in the alphabet. P is upon us and needs help to complete the list. As usual your suggestions are wanted in completing this list. These are in no particular order as well.

I’ve got a really fun cover comparison for you all. Pantera and Machine Head have both covered Black Sabbath’s “Hole In The Sky.” I’m curious to know what version you all think is the best. Take a listen, and let me know what you think!

Pantera- Hole In The Sky:

Machine Head- Hole In The Sky:

The Original: Black Sabbath- Hole In The Sky: