I’ve always enjoyed when a member of a band you really dig, steps away from the comforts of their group and spreads their wings with different projects. After some time away from his previous group, former Memento singer, Justin Stewart Cotta has returned with another stellar collection of songs. The 5 songs that make up this new self titled EP are full of the emotional prowess that Justin was known for in Memento as well a bit of a dramatic tinge from his time on stage in his native Australia. These songs are introspective and full of charm. My favorite song as of this writing is “Stranger.” There is something truly hauntingly beautiful about this song. The lyrics and melody along with the piano, dissident guitar, and subtle drums (all of which are played by the esteemed Kellii Scott of Failure) really make this come alive. I personally am looking forward to hearing more from Justin. And it would be pretty awesome if there was some new Memento in the near future too.
Justin Stewart Cotta: 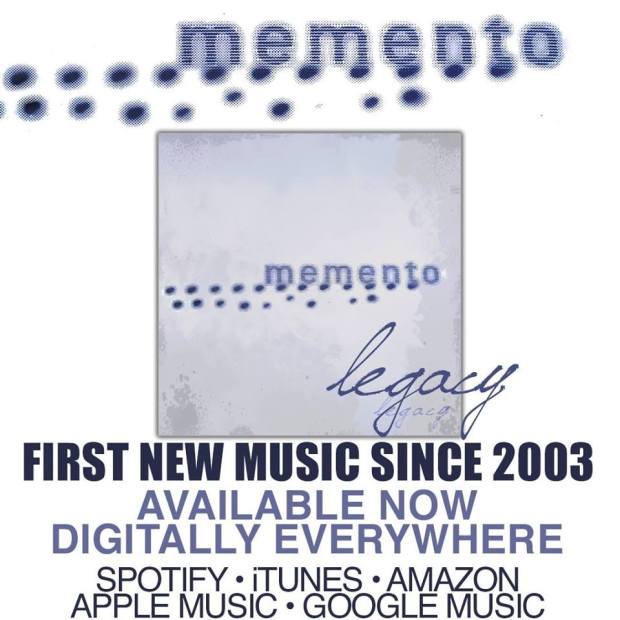 A while back I posted about how the band Memento was back and well, they officially are. The have released their first new song in many years and it’s fan-fucking-tastic. This new track entitled “Legacy” is one hell of a rocker. The vocals and lyrics of singer Justin Stewart Cotta are top notch. He hasn’t lost a step at all. The riffs and leads of guitarist Jason “Space” Smith are killer. He’s always had a knack for writing catchy yet riff-tastic jams. If this is just the beginning for what’s to come for Memento, then the future looks pretty bright. Welcome back gents!!! 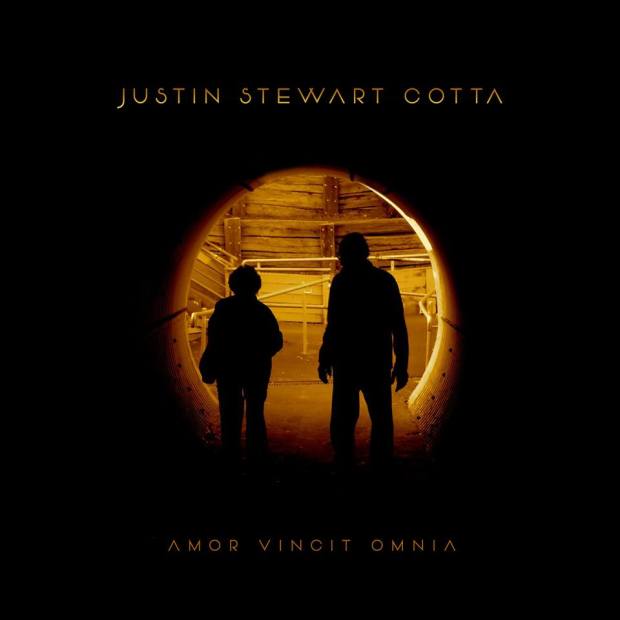 You might remember the name of Justin Stewart Cotta from the band Memento where he was the singer or the band VAST in which he played guitar during an early incarnation of the band. It has been a little while since Justin has released new music, actually it’s been 10 years. After the break up of Memento, Justin returned to Australia and got involved with theater but he never forgot about the music. Justin’s new release, the 3 song EP Amor Vincit Omnia is a delicate and expressive acoustic offering which is the perfect way to return. His powerful voice and lyrics are ever present while the subtle acoustic guitar adds a layer of melancholy without making you feel low. There is a real intimacy to the songs (“Love Yourself,” “Miracle Man,” and “Rain”) that emit a brightness to the darkness. What a way to come back. So check out what Justin has to offer the world and enjoy!
Justin Stewart Cotta- Amor Vincit Omnia:

and just because Memento was awesome:

A few months back I wrote a piece about the band Memento. since their break up in the mid 2000’s, I had always hoped that they would reform. There was a slight chance of that happening a few years back with a band called Nine Times Bodyweight, but that didn’t really go anywhere. Then something really cool happened to me yesterday. I got an email about a notification of a comment on the post I write about Memento from the bands guitarist Jason “Space” Smith, saying that Memento was back. And just like that I had the biggest smile on my face. I immediately grabbed my Memento CD and put it on and played it quite a few times. I’ve said it before and I’ll say it again, Memento got a raw deal by not being pushed by their label and being lumped into the “Nu Metal” genre. This band is one of the bands that was very underrated and a pleasure to watch live. Now we all get a chance to experience them again. Welcome back Memento!!!

Here is a video they posted of Justin (Vocals) and Space (guitar) playing “Below” acoustically in the studio recently.

There are too many instances when bands come around and aren’t pushed the right way. Especially when they have all the goods to really make it. In 2003, Memento released their debut album Beginnings. Two singles were released from the album, “Nothing Sacred” and “Savior,” Both songs made some impact on the US rock charts. Memento was also a part of Ozzfest in 2003. Their album is heavy, melodic, and beautiful. From what I remember of their live shows, they were super tight and singer Justin Stewart Cotta was always on point and one of the most intense singers up close. His conviction while singing was undoubtably genuine. Musically, guitarist Jason “Space” Smith,  bassist Leighton “Lats” Kearns, and drummer Steve Clark were superb. They were able to create a sound that matched the emotional lyrics of Justin. It’s a shame that it didn’t last. Due to personal conflicts amongst the band members, as well as record label issues, the band was dissolved in late 2004. Justin Cotta and Lats Kearns re-emerged as Man Vs Clock in 2005. In early 2006, Memento reformed with a new drummer, Jeff Bowders, under the new name Nine Times Bodyweight. The band went to work recording new material. However, the project didn’t last, and they disbanded again in early 2007.

Memento is a prefect example of a band that had all the right parts, but not the right support. It’s a real shame that this has been a continuing practice amongst the record labels for years. Had this band really been supported by their label, they could have gone on to really big things.