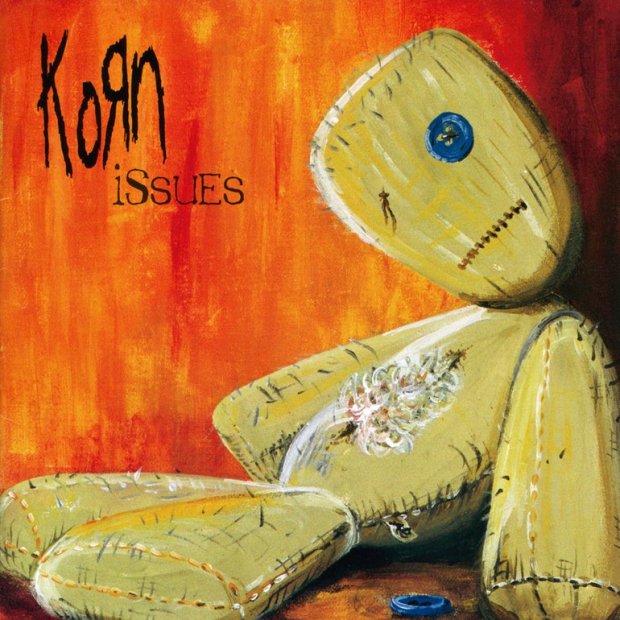 Lets travel back to 1999. The peak of the nu-metal genre was riding high and Korn was on top of the mountain. Fresh off their success of their mainstream breakthrough of Follow The Leader, Korn followed that up with a more melodic simplified album, Issues. Issues saw Korn maintaining their signature heaviness while incorporating a slew of guitar hooks, vocal melodies that enhanced the lyrics, a dash of electronics, and production that really made their sound bombastic. Korn was also able to go back to its bare essentials, dropping their hip hop flair and rapping. Working with Brendan O’Brien allowed them to stay on track, and make an album that sonically sounds great and cohesive. Granted all of Korn’s albums have the same themes throughout, Issues was the absolute pinnacle of what became their signature. “Falling Away From Me,” “Trash,” “Beg For Me,” “Make Me Bad,” “Somebody Someone,” “No Way,” and “Dirty,” are absolute standouts on the album. The short interludes in between songs like “Dead,” “4U,”and “It’s Gonna Go Away,” add to the already dark lyric tones, but actually provide a nice bridge to carry on the flow of the album. I can remember buying this album and being absolutely enthralled by it. There was something about this record that really hit home with me. During this time in music, it wasn’t hard to write angry lyrics and such, but to do it with conviction and actually mean it was something Korn did perfectly. Yes, they have repeated the same thing for years, but they really know how to do it.

I’m bringing all this up because Korn are releasing a new album later this year that they promise will be more in the vain of their older efforts like Issues and Untouchables. They released a new song called “Rotting In Vain,” that really does have an old school Korn feel to it. Needless to say I’m actually intrigued to hear it. When I heard the new song, I felt compelled to go back and listen to a few of their albums. Issues was always the one besides their debut that stood out to me as a solid album. It’s quite strange to think that 22 years later, Korn is still releasing music and selling out venues, but they keep doing it and people keep listening. So take a trip down memory lane and listen to Issues.

I don’t know why but I’ve been in a mood lately to listen to Korn. Though I’ve mainly just listened to the first album. So I thought I’d rank all their albums since I’ve been on a Korn kick.

See You On The Other Side:

The Path Of Totality:

Take A Look In The Mirror:

Korn III- Remember Who You Are:

The Serenity Of Suffering: