Back in 2002, Incubus released a DVD called The Morning View Sessions. This was a concert they did in New York on the day of the release of their Morning View album. At this show, they performed a slew of songs, one of which has always stood out to me. “The Warmth” off their album Make Yourself (which turns 20 this year, and it’s also my favorite song off that album), is that song. This version is quite exquisite and takes the song to a whole other level.

Incubus have released “Nimble Bastard,” the first single from their upcoming album “EIGHT.” While it’s not a return to the roots of SCIENCE or even Make Yourself, it’s a very energetic song that would fit in really well with A Crow Left Of The Murder or Light Grenades. Check it out below.

I’ve been on a huge Incubus kick as of late. They are also preparing to release a new album shortly. Hopefully it’s a return to form. While in my Incubus mode, I came up with my “Ultimate Set List” for them. 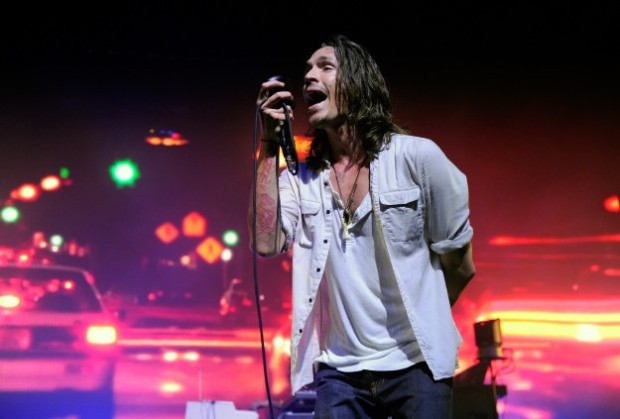 This morning I woke up with the Incubus song “A Certain Shade Of Green” in my head. So I thought I’d go on an Incubus kick. I also wondered what other songs Brandon has guested on over the years. Well the following are those songs he has appeared on.

Strait Up (Tribute to Lynn Strait of Snot)- Divided:

Deftones, Incubus and Adam Sandler- Be Quiet and Drive:

The year is 1997 and one of the biggest comic books in the world, Spawn is made into a movie. Sadly, though the movie was wretched, but the saving grace of the entire thing was the soundtrack that accompanied the movie. Following a similar formula that worked for the movie Judgement Night, only this soundtrack paired rock bands with electronic artists as opposed to rap groups.. The likes of Metallica, Korn, Marilyn Manson, Filter, Incubus, and Slayer appeared on the album. This was definitely an experimental record that worked with certain songs, while some others not so much. The tracks by Filter, Incubus, Stabbing Westward, and Marilyn Manson are all standout tracks. Slayer teamed up with the very entertaining Atari Teenage Riot, for a rendition of “No Remorse.” that is absolutely nuts. So go back almost 20 years a have some fun listening to this!

I’m still on an Incubus kick. And while on this kick I looked into the band a lot to see what I missed over the years of not being a fan of theirs. During my research I stumbled upon this cover they did of Soundgarden’s “Black Hole Sun.” It’s nothing special, but it is a solid rendition. So here you go!

Since I just saw Incubus, I’ve been on a huge kick of listening to all their albums and it got me thinking I should do an album rank of their releases. So here you go in order of not their best to best.

Trust Fall Side A:

If Not Now, When:

A Crow Left Of The Murder: 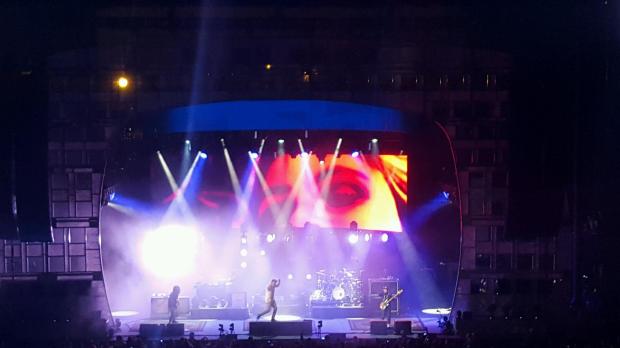 There are certain bands that hold a special place for me. One of those bands is Deftones. Whenever they come to town I run to see them. Over the years I’ve seen them now 13 times. There was something rather special about this evening. Being that it was the first time in 15 years that Deftones and Incubus had shared a bill together. I remember seeing Deftones and Incubus years ago at the Universal Amphitheater, when White Pony and Make Yourself were released. What a night that was, and what a night this was.

To start the night off was a local Los Angeles band called The Eeries. These guys just weren’t good at all. They seemed like nice enough guys but their music was beyond juvenile and dated. Their 15 minute set was the longest 15 minutes of my entire week.

Death From Above 1979 was the main support for the tour and they did not disappoint at all. Their blistering high energy set was remarkable. I’ve been wanting to see that for years, and am so glad they got back together. The duo wasted no time in getting the energy of the night to where it needed to be as the sun was starting to set. Irvine Meadows might not have been the most ideal place to see them, but they rocked the hell out of the place.

Deftones were then set to take the stage and boy did they. From the opening chords of “Be Quiet and Drive (Far Away)” all the way till “Engine No. 9,” there was no mistaking that Deftones would be a hard act to follow. From their stage presence and visuals , it’s no mistaking that they came to kill it. Chino was spot on throughout the entire set, even being playful with the audience and the other guys in the band. Watching them you can tell they were really having fun up on stage, especially Abe Cunningham and Sergio Vega. Their setlist was a great blend of hits and deep cuts from all their albums with the exception of Saturday Night Wrist. They did put “When Girls Telephone Boys” in the set and all the guys really dug in on that song. The crowd was a little separate in who was there to see who, and you can definitely tell the Deftones fans from the Incubus fans. My voice was pretty horse after their set but it was well worth it, especially since they kicked off their set with my all time favorite “Be Quiet and Drive.”

Incubus headlined the evening. They sounded great and looked totally at ease. Despite their new EP being so so, they pulled out a lot of gems in their setlist. Their set kicked off with a jam of the Hans Zimmer song S.T.A.Y. from Interstellar and transitioned perfectly into “Nice To Know You.” Other gems from the set included “Sick Sad Little World (one of my top two Incubus songs of all time), “Vitamin,” “Dig,” and “A Crow Left Of The Murder.” The bands use of visualizers and cameras made for a fun night that was sort of hypnotic. I must say that it was a pleasure to see Incubus again. Brandon Boyd still has a great voice and Jose Pasillas is one hell of a drummer. I have to say though that I miss having Drik Lance aka Alex Katunich up on stage, he really had a vibe that fit the music.

All in all it was a great show, not to mention that I was with my wife and she really enjoyed it. Deftones though stole the night. They were such a hard act to follow. Had Incubus played some older stuff from Make Yourself and SCIENCE, they might have been able to steal it, but that’s not to say they didn’t put on a great show.

Be Quiet and Drive (Far Away)
My Own Summer (Shove It)
Diamond Eyes
Rocket Skates
You’ve Seen The Butcher
Sextape
Feiticeria
Digital Bath
Knife Party
When Girls Telephone Boys
Tempest
Swerve City
Passenger
Change (In The House Of The Flies)
Headup
Engine No. 9

S.T.A.Y (Hans Zimmer song from Interstellar)
Nice To Know You
Anna Molly
Circles
Absolution Calling
Are You In?
Sick Sad Little World
Vitamin
Trust Fall
In The Company Of Wolves
Wish You Were Here
I Miss You
Love Hurts
Pardon Me
Megalomanic
Dig
Drive
A Crow Left Of The Murder