Back in 1986, Iggy Pop was on a roll with his solo career. His most recent album at the time (his 7th solo album) Blah, Blah, Blah would go on to be one of his most successful in his discography. This album also saw Iggy and David Bowie work together again after a 4 year hiatus. This would be their final collaboration but the end result is tremendous. Steve Jones of The Sex Pistols also co-wrote three songs on the album. On this album, Iggy did a cover of Johnny O’Keefe’s “Wild One.” The track would go on to appear in Crocodile Dundee II, Pretty Woman, the Problem Child movies and more. Iggy’s version is easily the most recognizable of all the versions out there.

Two very different bands and both have a song entitled Dirt. This is going to be one of the most interesting same name song battles I’ve posted. I love both bands. Alice In Chains a bit more obviously but, there is no denying the impact The Stooges had on inspiring countless amounts of bands over the years, Alice In Chains included. The Stooges song dirt is off their album Fun House which I must add is one of the coolest albums ever! Alice In Chains song “Dirt” is from their masterpiece of a 2nd album of the same name. Both songs are so different but due to my love of Alice, I’m going to have to pick theirs but, The Stooges song is friggin great too.

Alice In Chains- Dirt (from Dirt):

The Stooges- Dirt (from Fun House):

The A to Z  list continues to find the top ten bands/artists in the alphabet. P is upon us and needs help to complete the list. As usual your suggestions are wanted in completing this list. These are in no particular order as well.

Henry Rollins is one of the most influential punk rock singers ever. His work with Black Flag is legendary and his own band Rollins Band is tremendous especially the album Weight. I was thinking I know Henry has guested on a bunch of songs over the years so why not share that with you all.

William Shatner- I Can’t Get Behind That:

Today is Iggy Pop’s 68th birthday. Born James Osterberg Jr, he received his name “Iggy” when he played drums for a blues band in high school called The Iguanas. So let’s all raise a glass to celebrate Iggy!!! 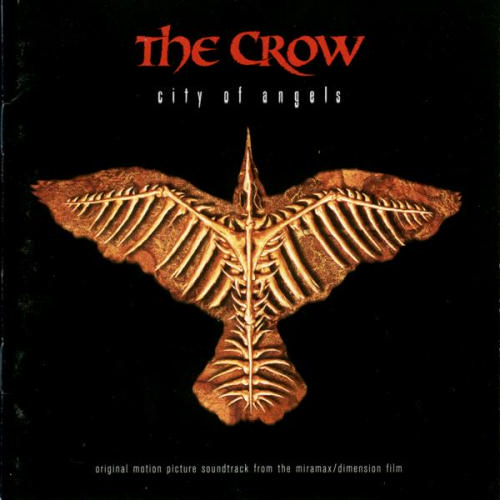 The 1990’s were truly a great time for music. One of the best things about that time were the soundtracks that came out. Even if the movie wasn’t that good, most of the time the soundtrack was great. As is the case with the terrible sequel to the masterpiece that is The Crow. The soundtrack far surpassed the film. The inclusion of songs from Hole, White Zombie, Bush, Deftones and Filter all made this worth while. The Hole song was a cover of Fleetwood Mac’s “Gold Dust Woman.” This could actually be the best song that Hole ever put out. White Zombie’s version of KC and the Sunshine Band’s “I’m Your Boogie Man,” was a fun song that had a great video to accompany it. Bush’s contribution was a really solemn cover of Joy Division’s “In A Lonely Place.” They really did a great arrangement with that song. Deftones song “Teething” is classic Deftones. They also appear in the film. Filter’s song “Jurrasitol” is another classic Filter song, that has become a fan favorite and a must play at live shows. Other bands and artists that appear on the soundtrack are Korn, PJ Harvey, Iggy Pop, Toadies and a few others. Sadly the movie doesn’t hold a candle to what the first movie was, but the soundtrack makes up for that. Even though the soundtrack to the first film is way better than this one!

The Crow- City Of Angels: