This pandemic has been extremely difficult. We all know the hardships of it. One of the biggest things throughout the whole thing so far has been the inability of bands to tour and all of us to go to shows. So, when the opportunity presented itself amongst all the craziness recently to go see Guns N Roses, you know I had to. Not a bad way to start going back to shows. And as this review will show, Guns N Roses is still one hell of a live band and those songs, still hold up so damn well. Armed with my vaccination and mask, the night was about to begin…

It was a perfect clear night in Los Angeles and at a little before 8pm, the lights came down, the intro started and the shadow figures took the stage to a roaring and thunderous crowd. Then, it all starts with “It’s So Easy” and from that it was a barrage of great songs after another. The songs from Chinese Democracy that were played (“Better,” “Chinese Democracy,” and “Madagascar”) sounded so good. Way better than the album versions and having Duff and Slash playing on them changed them just enough that it sounded the way it should’ve when first released. I got to hear my all time favorite GnR track quite early on in the evening. “Estranged” live was everything I hoped for and more. It was beyond epic and there might have been a few tears dripping from my eyes. Throughout the rest of the night, more and more awesome songs were played like “Rocket Queen,” “You Could Be Mine,” “Civil War,” “November Rain,” and “Don’t Cry.” Even the choices of covers were outstanding. We were graced with a very extended version of “Knockin On Heaven’s Door” that knocked it out of the stadium. Also very awesome versions of The Who’s “The Seeker” and The Stooges “I Wanna Be Your Dog” with Duff on lead vocals. One of the coolest parts of the show and set were the way they extended the songs with little snippets of other songs like when they played “Civil War” they included Jimi Hendrix’s “Machine Gun” as part of the outro or Alice Cooper’s “Only Women Bleed” as part of “Knockin On Heaven’s Door.”

For the 3 hours that GnR was on stage, it’s almost as though time stood still. Everyone in the band was on their A game and looked like they were having a blast on stage. Axl was making jokes, running around, playing around with his bandmates and was on fire with his vocals. The chemistry also between the band was outstanding. Richard Fortus is a very great addition to the band. He’s one hell of a guitar player that gives Slash a run for his money but, he knows his role. Frank Ferrer is a monster on the drums. Dizzy Reed is such an underrated part of GnR. His ability to accompany the songs with the right keyboard/piano parts are so good. Melissa Reeves provides great backing vocals for Axl, especially the high notes that might be a little difficult. And of course you have the core 3 of Axl, Slash and Duff who sound better than ever together. The only thing I have to critique is the background videos they had playing. They just seemed a little outdated but, who really needs to pay attention to that with what you have on stage. Guns N Roses is back and hopefully for good. I am very intrigued by the possibility of them releasing new music. The song “Absurd” isn’t the best new song but, live it did sound good. All in all what a great show and night. My friend I was with, he and I couldn’t believe how awesome the show was. The GnR hangover lasted all weekend long too. Definitely would go see them again!

Opening the show was Mammoth WVH, Wolfgang Van Halen’s band. They were a solid opening band. Their set was a little over 30 minutes and they were able to connect with part of the crowd but, you could just tell the audience just wanted Axl and company. This was also the bands first tour and performances ever. Pretty tall order to be opening for a band like GnR but, they did a really good job.

I think this one will be a fun topic. There are so many F You songs out there. Some are quite the F YOU and others are a little more subtle. Let’s have fun with this one. If you think of any that should be featured, comment, send me a message or email me.

The first one that came to mind was “Get In The Ring” by Guns N Roses. This song was a verbal assault on music critics with some publications and writers by name. Hit Prader, Kerrang, Spin and Circus magazines. Musically it’s a pretty rocking song. Interestingly too, this song was originally written by bassist Duff McKagan with the title of “Why Do You Look At Me When You Hate Me.” Axl then added his touch to it and we now have the end result. I have to say that the line “Why Do You Look At Me When You Hate Me” to start the song was the perfect opening line. Over the years too, every time I’m a bit frustrated with someone, this song always has a nice feel to it and when you sing along, it does make you feel a bit better, especially when you get to the end!

Guns N Roses- Get In The Ring:

Back in 1999, on the soundtrack and in the movie to the Adam Sandler film Big Daddy, something truly wrong happened. There was an atrocious cover of a song that should have never been allowed to be released. Sheryl Crow’s version of the Guns N Roses classic “Sweet Child O’ Mine.” I still remember hearing it in the movie and thinking this was terrible, and guess what, it still is. Her version was originally released as a bonus track on her third album. And even more interestingly, the recording not only won her a Grammy but, it was also produced by Rick Rubin. Over the years, Crow’s version has been regarded as one of the worst cover songs ever, and rightfully so. Despite all the negativity towards it though, it became somewhat of a hit in areas like Australia, Canada, Iceland and the U.K. I still want to know who thought this would be a good idea and who approved it to be in the movie.

Spirit In The Room

Cave In and Mutoid Man’s Stephen Brodsky is quite the busy guy. In addition to the two bands I just mentioned, he’s got a project with vocalist Marissa Nadler. Their collaborative album entitled Droneflower will be released April 26th via Sacred Bones Records. They have released a couple songs from the album. The first was an original song called “For The Sun,” which is quite a haunting introduction to the band. The second though is a cover of Guns N Roses’ “Estranged.” This is one of the best cover songs I’ve ever heard. “Estranged” happens to be my favorite GnR song of all time, so I was a tad skeptical before listening but, within seconds, I knew that this was amazing. Everything about this cover is perfect. It’s a totally different take on the GnR classic and it’s just beautiful. 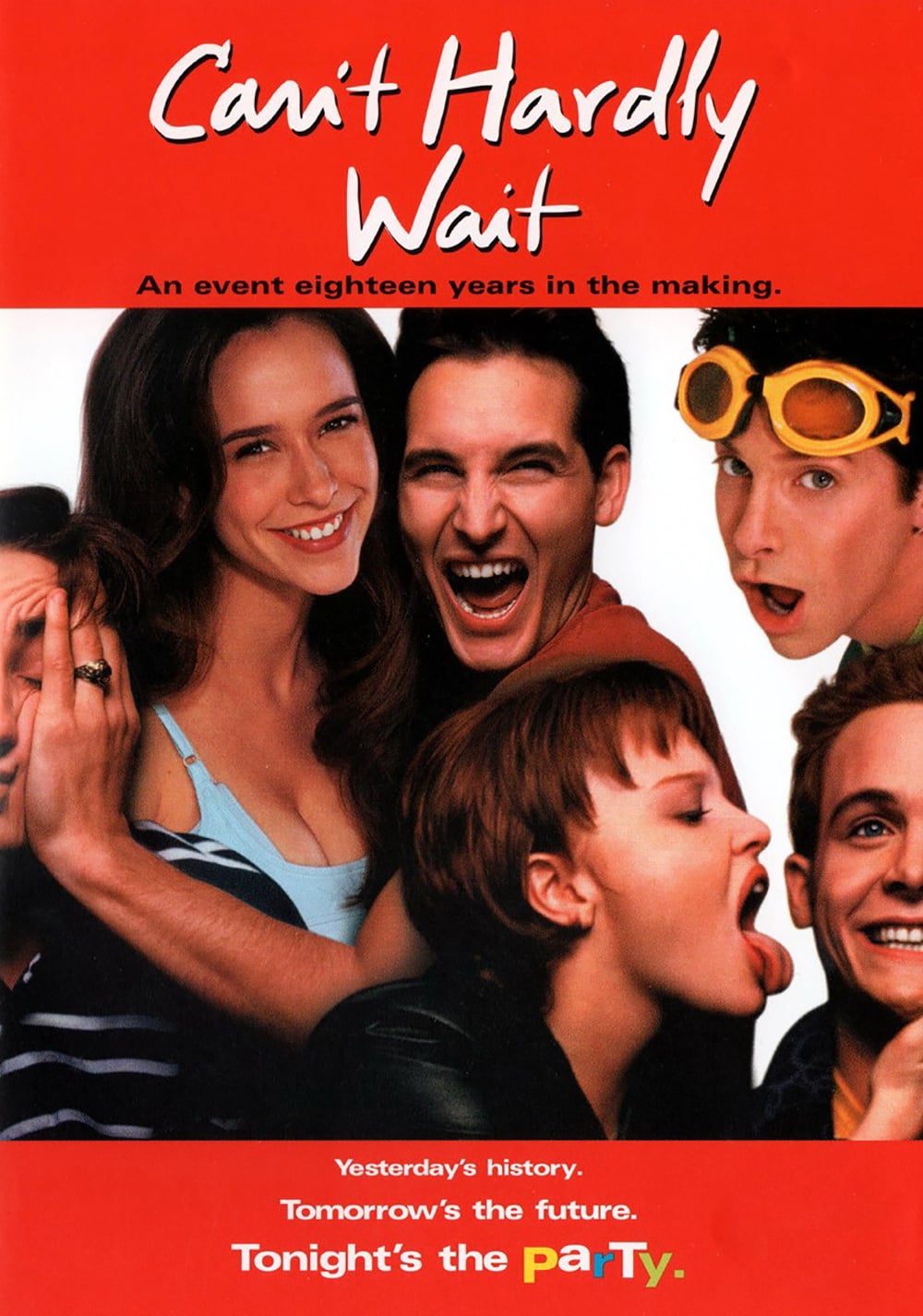 The other evening while looking for something to watch, I noticed Can’t Hardly Wait was just starting. It had been quite a while since I last watched it so, I thought, why not. The scene involving Charlie Korsmo’s character and Guns N’ Roses’s song “Paradise City” is perfect. Enjoy this classic clip. And if you see Can’t Hardly Wait on TV or streaming, give it another watch, it’s still a fun movie.

This is a new topic for you all to enjoy. This topic will explore different bands, albums, and even band members that get a bad rap.

END_OF_DOCUMENT_TOKEN_TO_BE_REPLACED

I will never forget seeing the video for “Estranged” which is my favorite Guns N Roses song. First I wanted a pair of shoes like Axl had, and second I wanted to jump off an aircraft carrier (even though it’s an oil tanker) into the ocean and swim with dolphins. Yes, we all know the video is a bit far fetched but you can’t deny how awesome it really is. They don’t make videos like this anymore. If I’m not mistaken the cost of this video was in the millions too. Anyways enjoy this great video!

I have long been a fan of Axl Rose. I was even him for Halloween once when I was 4 or 5. Not only does Axl have one the best and most recognizable voices in music but, he has lent his talents to some other bands over the years. Take a listen to Axl guesting on these songs.

Steve Jones of Sex Pistols- I Did You No Wrong (from Fire & Gasoline):

Sebastian Bach- Back In The Saddle (Aerosmith Cover), Stuck Inside, Love Is A Bitchslap (from Angel Down):

Back In The Saddle:

Love Is A Bitchslap:

Axl also sang on Don Henley’s “I Will Not Go Quietly” from the album The End Of Innocence.

In this episode we discuss:

Bands coming back without all the original members and how it changes the band.

Bands playing covers live and how it takes away from other songs they could play.