Radiohead’s OK Computer is an absolute masterpiece! We already know that. If you’ve never heard the album, you must be living under a rock or in a deep hole. It’s truly one of those albums that will be talked about for centuries. I’m sure you’ve all heard “Paranoid Android” and “Karma Police” as those two have been radio staples for years. There is a specific track on the album that I’d like to highlight and that is the final song on the album, “The Tourist.” This song, every single time I hear it, puts me in this fun trance that takes me away from where I am for a few minutes and I get so immersed in this song. The way it’s written has this “space” to it where the notes, chords, drums, synths, vocals, all hit you in these really interesting moments. There’s something else about “The Tourist” that I have always loved and that while the song has a delicate feel to it, there is a heaviness to the emotional pull that grabs you. Thom Yorke has even said about “The Tourist” “That song was written to me from me, saying, ‘Idiot, slow down.’ Because at that point, I needed to. So that was the only resolution there could be: to slow down.” Which when you think about where Radiohead was at in their career at this point makes a lot of sense. Also, one more thing that I love to do with this song is as it ends, is have Kid A cued up and that little dig at the end of “The Tourist” flows ever so perfectly into “Everything In Its Right Place. Give that a fun try when you get the chance, it’s quite the trippy little nuance!

Radiohead- Everything In Its Right Place:

Radiohead is one of those bands that are truly awesome. Their evolution as a band has been one of the most interesting to listen to and watch happen. The Bends will always be my favorite album of theirs but, 2000’s Kid A is a very close second. That album is one of the best since the change of the century and ever! Not only is it a fantastic album it also has my all time favorite Radiohead song on it, “How To Disappear Completely.” This song is so beautiful and haunting. I still remember the first time I heard Kid A and when it got to this song, I immediately had to put it on again. It’s one of those songs that just has all the right elements and arrangements, plus where it was placed in the sequence of the album is something else too. “How To Disappear Completely” is one of those songs too that isn’t played live too often (only 188 times since Kid A was released according to Setlist.fm) but, when it is, the crowd truly listens and lets the song take over. Singer Thom Yorke has said that this song is “the most beautiful thing we’ve done.” An interesting tidbit about this song, guitarist Jonny Greenwood is the only one in the band with music theory training and According to longtime producer/collaborator Nigel Godrich, when the band heard Greenwood’s score “they all just sort of burst into giggles, because they couldn’t do what he’d written, because it was impossible – or impossible for them, anyway.” Needless to say they figured it out and it became one of the most epic songs they would play live.

Radiohead- How To Disappear Completely (Live 2001): 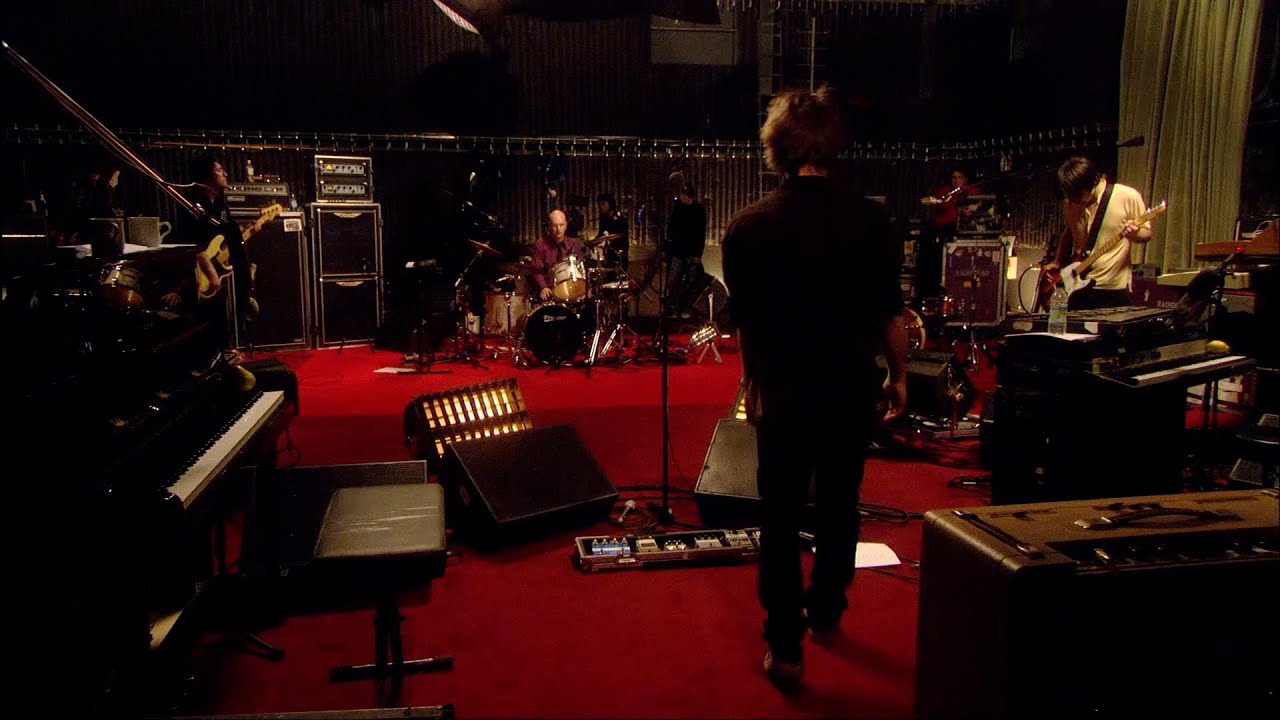 Way back in 2008, Radiohead was doing a lot of fun things to promote their album In Rainbows. One of the coolest things they did was this live performance of pretty much all of In Rainbows along with a scattering of other songs from their catalog. During this era, I was very fortunate to go see Radiohead live and that show is one that I still conjure up in my mind from time to time and relive. I have a live bootleg of the show I was at as well, and find myself listening to that a lot. Radiohead live is an experience that everyone should have at least once in their life. They are truly one of the best bands I’ve ever seen live. Actually, the more I think about it, I’d probably put that one show I was at in my top 10 all time. Anyways, here’s a really awesome live performance they did that you will enjoy!

When Radiohead released their album OK Computer back in 1997, it marked a change for the band not just in their evolution but, this album cemented the band as one of the best. I personally still remember hearing the album and when it was over, I had to listen to it again because it was so different and good. “Paranoid Android” was one of the songs upon first listen that I gravitated towards and then when I saw the video, it all clicked for me. Interestingly, the first version of the song was over 14 minutes long . When it came to the video Thom Yorke has said of it, “When it came time to make the video for that song, we had lots of people saying, ‘Yeah, great, we can have another video like “Street Spirit,” all moody and black and dark.’ Well, no. We had really good fun doing this song, so the video should make you laugh. I mean, it should be sick, too.” That pretty much sums up what the final video would become. The video, although edited for MTV, was a mainstay for a long time and is still highly regarded as one of the best videos of the 90’s and in Radiohead’s catalog. It’s a stunning video with so many underlying themes in it that, no matter how many times you watch it, there is always something else to discover.