I was having a conversation with a couple friends the other day. We were discussing a few bands and the thing that kept coming up was the voice of the vocalist. As we were chatting a list was starting to be made and why not make this a fun collaborative list! This list doesn’t necessarily mean they are terrible just that their voices aren’t easy to listen to (high pitched, nasally, obnoxious, etc). So, here we go…

Megadeth- Holy Wars… The Punishment Due:

It’s been a while since I really sat down and listened to Megadeth. So the other day I put on their new album Dystopia and found I quite enjoyed it. To me it sounds like Dave was trying to recapture the feeling he and the band had during Rust In Peace. So much so, that Chris Adler’s drumming on the album has a Nick Menza feel to it. Anyways, I realized that Megadeth has 15, yes 15 albums, and I felt the need to rank them.

04) Killing Is My Business…And Business Is Good: 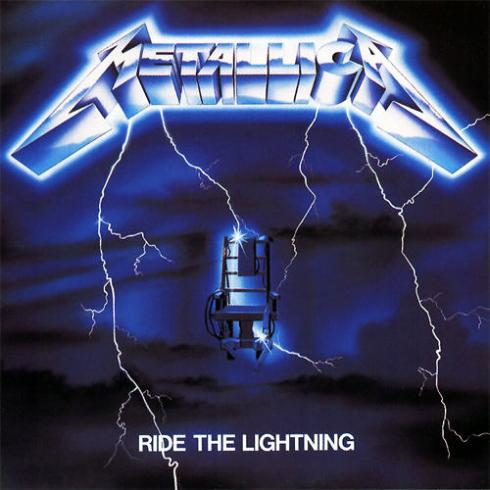 30 years ago, Metallica stepped up their game following their debut album and released Ride The Lightning. The album was recorded in Denmark by Flemming Rasmussen, who would go on to produce their next two albums. Ride the Lightning is the last Metallica album to credit former guitarist Dave Mustaine, with co-writing any songs. He is credited on the title track, “Ride the Lightning”, and instrumental track “The Call of Ktulu.” Though only eight songs are on the album, the 47 minutes of sheer intensity is very prevalent. Starting off the album is “Fight Fire With Fire.” This song opens with a very classical melody then jumps right into the thrash madness. The title track “Ride The Lightning” balances the harmony of dueling guitars with a crunchy churning riff. “For Whom The Bell Tolls” has one of the best bass parts ever. This song is beyond recognizable and is still a crowd favorite at Metallica shows. Cliff Burton really shines on this song. “Fade To Black” wasn’t well received upon first listen, but this song really showcases the ability of the band to write great songs. The entire arrangement of the song from the melody, lyrics, and riffs are spectacular, not to mention the closing solo. “Trapped Under Ice” is a very underrated thrash song. The speed of the playing on this song is intense. “Escape” is a wildcard on the album. This song has a more melodic sensibility to it. Though it does show what kind of range James was starting to develop. “Creeping Death” is my personal favorite Metallica song, it was also the first song of their I learned to play, so there is some sentimental attachment to it. The riff on this track is heavy as hell. The interesting part of this song is the lyrics as they are all about the biblical exodus and the plagues of the Jews leaving Egypt. Closing out the album is the instrumental “The Call Of The Ktulu.” This song is epic, melodic, and heavy, all the things that Ride The Lightning represents.

Ride The Lightning was definitely a step in the right direction for Metallica. James Hetfield and Kirk Hammett really started to come into their own as a great guitar duo. Cliff Burton was a beast on the bass. Lars actually played with a passion. For many Master Of Puppets is considered their best album, I for one am in the minority in thinking that Ride The Lightning is. Not to take anything away from Master, I just have more of a connection to this album.