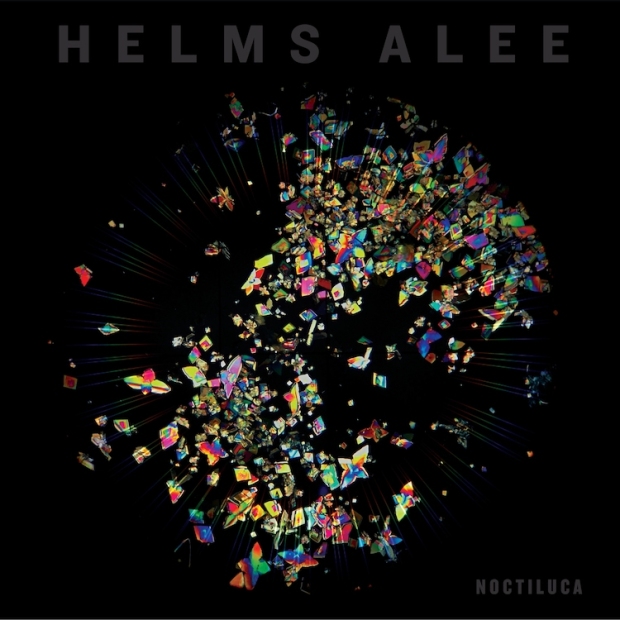 There are certain bands that have the ability to evolve in a way that it doesn’t seem like they are yet, they truly have albeit in a subtle way. Never a band to be complacent or comfortable, Helms Alee have been pushing the boundaries of the sludge metal genre since their first release back in 2007. Noctiluca, the bands fifth full length studio album, sees the band moving more into a progressive territoty while still maintaing their psychedelic and sludgy tendencies.

The album as a whole has something for everyone. Songs like “Interachnid,” “Beat Up,” are signature Helms Alee with thunderous rhythms and delayed guitars that give the album the start and roar it needs. Then you have a song like “Be Rad Tomorrow” which takes the band on a different journey. This song is one of the more experimental tracks on the album with a more prog feel to it. The expansiveness of this song is very representative of how the members of Helms Alee have evolved as writers and players. Then you have a song like “Lay Waste Child” that continues what “Be Rad Tomorrow” started only this song, takes you deeper down the rabbit hole. “Illegal Guardian” seems to complete the trilogy of the previous two songs. This track is everything that Helms Alee is all about. I’m not going to give it away. You just need to listen and you’ll hear what I mean. A song like “Spider Jar” is a welcome treat. It shows off the more melodic side of the band and provides a more delicate approach to the bands sound. Closing out the album is “Word Problem” a song that is drenched in doomy sludge (think Sabbath meets The Melvins). It’s a straight forward song that will have you starting the album over once it’s done.

Helms Alee have created an album that hits on everything they’ve done till now. Noctiluca is the type of album that if you are just discovering the band, it will get you into them for sure. One of the best things about Helms Alee is that as a three piece drummer/vocalist Hozoji Matheson-Margullis, bassist Dana James, and guitarist Ben Verellen are super tight and play off each other so well. They have the ability to create a sonic assault that while deafening at times is soothing and almost hypnotic. If you have the chance to see Helms Alee live, I highly recommend you do. Their live show makes their songs truly come alive and will give you one hell of a rush.

If you are not familiar with Helms Alee, you really should be. For more than a decade, with five studio albums, and countless EP’s, Helms Alee has quietly been carving their own path and are busting at the seams waiting to explode. On April 26th, Helms Alee will unleash their fifth studio album, Noctiluca via Sargent House. This three piece band featuring drummer Hozoji Matheson-Margullis, bassist Dana James and guitarist Ben Verellen are not to be reckoned with. Noctiluca continues the bands tradition of sludgy riffs, lush instrumentals, and soaring melodies. The first single released, also the albums opener, “Interachnid” is one hell of a way to kick things off and get you engrossed in what’s to come on this new journey of an album. Helms Alee has always been the type of band that gives it their all on each release. They have a sort of psychedelic sense to their savage being allthe while, they are able to cut away to parts that really take you places. This new Helms Alee album is anticipated for sure!
Helms Alee- Interachnid: 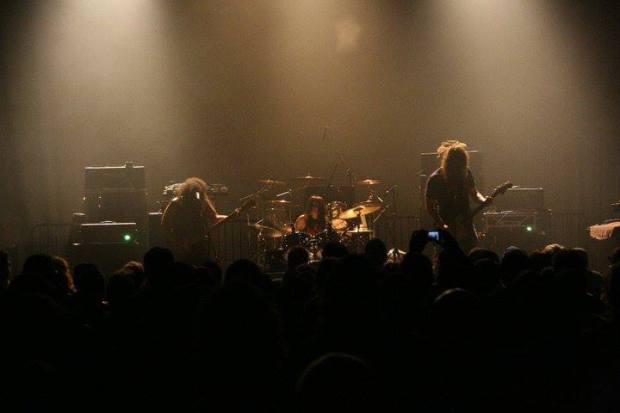 It’s been a few days since I finally saw the great Helms Alee, and I can’t stop listening to them. They are one of the best and underrated bands I’ve heard in a long time. Formed in Seattle in 2007, Ben Verellen (guitar/vocals), Dana James (bass/vocals), and Hozoji Matheson-Margullis (drums/vocals), have created music that borders on doom, post hardcore, a dash a sludge and a pinch of alternative rock. In my live review of them I mentioned that they sound a bit like if Siamese Dream era Pumpkins and Self titled era Alice In Chains had a kid and that kid met up with a kid from Doom and post-hardcore parents, you’d get Helms Alee. Among the remarkable things about Helms Alee is their ability to create such powerful music. Thanks to Ben Verellen’s, Verellen Amplifiers, the sound that permeates from the speakers on your stereo and at the venue, transcends the normal. Since 2007, Helms Alee has released 4 full length albums along with 5 EP’s/Splits. Each album has built upon their previous work to create something remarkable and everlasting. Helms Alee are a band not just for today but, for generations to come.