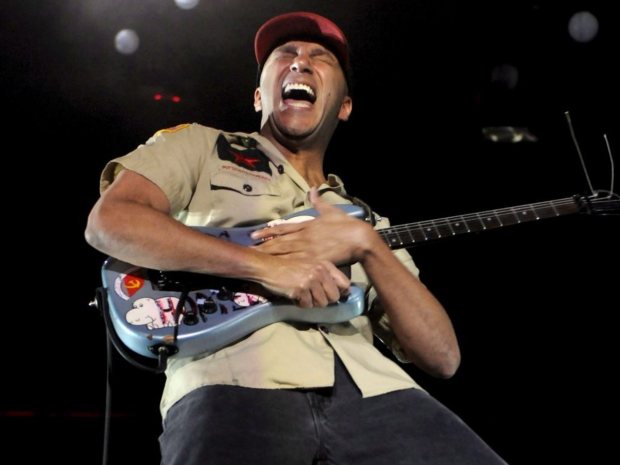 Tom Morello is one of the most innovative guitarists of the last 25 years. I’d dare say he’s up there in terms of style and influence with the likes of Eddie Van Halen, Jimi Hendrix and countless others. There is no denying he has a unique style and a distinct sound. So it’s only natural that when you hear him play, you know it’s Tom. Over the years Tom has quietly lent his talents to a plethora of other bands and artists. Here are a few the gems he’s guested on over the years.

RUN DMC- Big Willie (from Down With The King):

Cypress Hill- Rise Up (from Rise Up):

Device- Opinion (from Self Titled):

Travis Barker w/ Rza, Raekwon and Tom Morello- Carry It (from Give The Drummer Some):

Prodigy with Tom Morello- One Man Army (from Spawn Soundtrack):

Bruce Springsteen- Jack Of All Trades (from Wrecking Ball):

Class Of 99- Another Brick In The Wall (from The Faculty Soundtrack):