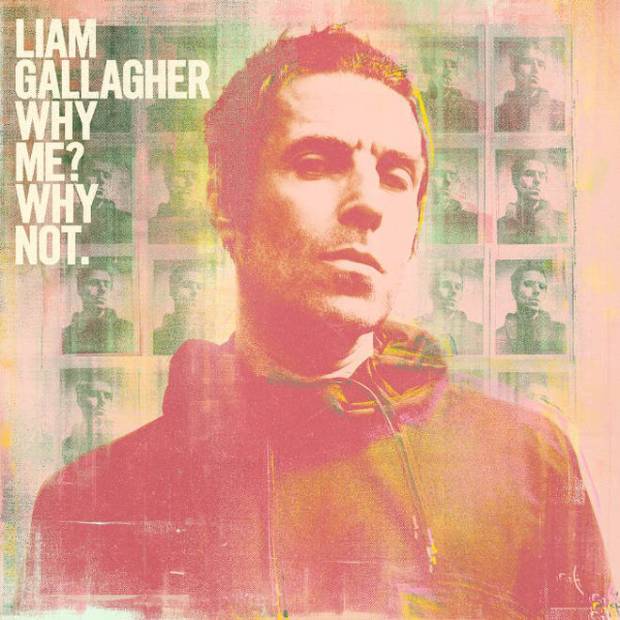 In 2017, Liam Gallagher released his debut solo album, As You Were. That album was quite exquisite and it brought life back into Liam along with his legendary voice. Now, here we are a couple years later and Liam has released a new album Why Me? Why Not. This record picks up where the debut left off but, on this one, it gets a bit deeper and more expressive. There’s a nice layer of nostalgia to the album but, it doesn’t rely on it to make it’s point. Instead it’s an album that covers many things from being introspective to what the future holds. The songs and especially Liam’s vocals really draw you in just as the classic Oasis albums did.

The album starts off with a great rock song in “Shockwave.” It’s a very in your face track that will sure be a stellar live song. It’s also got a lot of attitude to it that propels the album as well. “One Of Us” is very blatantly about his brother Noel. It’s also one of the most profound songs Liam has ever sung. There’s a particularly great dig at Noel in the song when Liam sings “You said we’d live forever/Who do you think you’re kiddin’?” a nod to the Definitely Maybe track. That part is so striking. Even the video is stunning. “Once” is another very powerful song that will get all your feelings going as you listen. It’s a very retrospective song that no doubt will have people wanting to reach for their Oasis albums. “Now That I Found You” is a very heartfelt song to his daughter that is full of great melodies. “Halo” is a really solid song that also helps to bring the album back up to a more up tempo beat. “Why Me? Why Not” is a very Liam does John Lennon-esque song. It’s a very sincere and humbling track. One that should be celebrated as a rebirth of sorts for Liam. “Be Still” (which is my favorite song on the album as of this writing) is an edgy rock song that, if played live will be huge. It’s also a soaring song with lyrics and melodies that really help to make this a stand out. “Alright Now” is another song that is pretty deep and chock full of maturity that a young Liam would probably snicker at. “Meadow” is a bit of a solemn song with a sense of optimism and hope to it. The organ and guitars have this cool swell to them which helps to make this song have a cool swing to it that makes it sort of psychedelic. “The River” is another huge song on the album. It’s got a bit of an anthemic feel to it to go along with a later 60’s vibe. This is another one that live will be stellar. Closing the album out is “Gone.” This song feels like it takes on a message of what the whole album is about. There is still a bit of attitude and swagger to it while at the same time it’s almost like a coming to terms with life type of song.

Why Me? Why Not is one hell of an album. It’s honest, pure and humbling. Liam has even said he’s not much of a songwriter so, with the help of Greg Kurstin and Andrew Wyatt, they have helped to make sure Liam’s words and voice are put on a pedestal and celebrated as each song plays. This isn’t Oasis by any means but, these songs have the ability to stand up with a slew of the classic songs from that era. There is obviously a throwback of sorts to Oasis and the past but, this album doesn’t live there. It’s modern and feels inspired while keeping true to who Liam is not just as a person but as a singer, lyricist, and the rock star that he is. Why Me? Why Not is the perfect name for this album. It’s everything you’d want to hear from Liam and then some. He’s still got the charm and rasp that made him a star to begin with only now, he’s more mature and can see the error of his way. As You Were and Why Me? Why Not can stand up against anything Liam has done in his career and look back on with delight. Do yourself a favor and pick up a copy of this album, you won’t regret it.

Liam Gallagher- Why Me? Why Not: