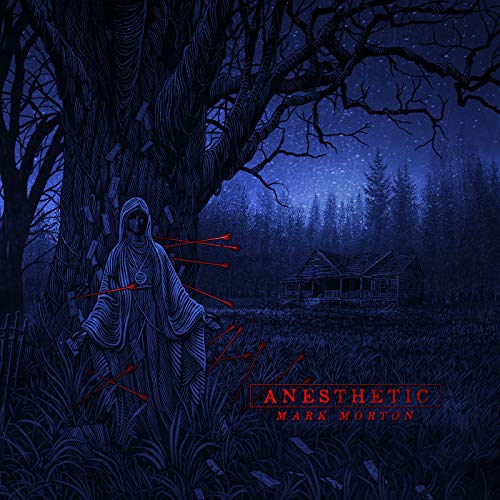 Lamb of God guitarist Mark Morton is preparing to release his debut solo album March 1, 2019. This is an album that Mark has been working on for a while. In a recent interview Mark went on to say “This album wasn’t a concerted effort to start something outside Lamb of God,” he explains. “Music is always in my head, and until I write and record it, it’s stuck there. But once I record it, it’s out. It’s a catharsis, more for my own sanity.” So needless to say, this album is full of variety and riffs galore. The album features Mark playing all the guitars with guest accompaniment from the likes of Roy Mayorga, David Ellefson, Ray Luzier, Paolo Gregoletto, Alex Bent, Mike Inez, Jean-Paul Gaster, Steve Gorman, Marc Ford, Yanni Papadopoulos, and Chris Brooks rounding out the band. Anesthetic sure seems like a beast of an album. Two songs have been released already “The Truth Is Dead” featuring Arch Enemy’s Alissa White- Gluz and Mark’s Lamb of God mate Randy Blyth, and “Cross Off” which features the late Chester Bennington of Linkin Park.