2016 is on the verge of ending. It’s been quite an interesting, strange, depressing and scary year. Despite all the divide across the land and countless other problems, 2016 was a great year for new albums. I have a feeling that with time, the music released this year, 2016,  will be one of those years that gave us classic albums.

To start things off for the first category of End Of The Year Lists, I’m going to make a list of the top 10 guitar duos in music. The stipulation is that, they have to have released an album this year.

I encourage you to vote for your favorite in the comments section. At the end of the month, I will release the results of the readers poll. 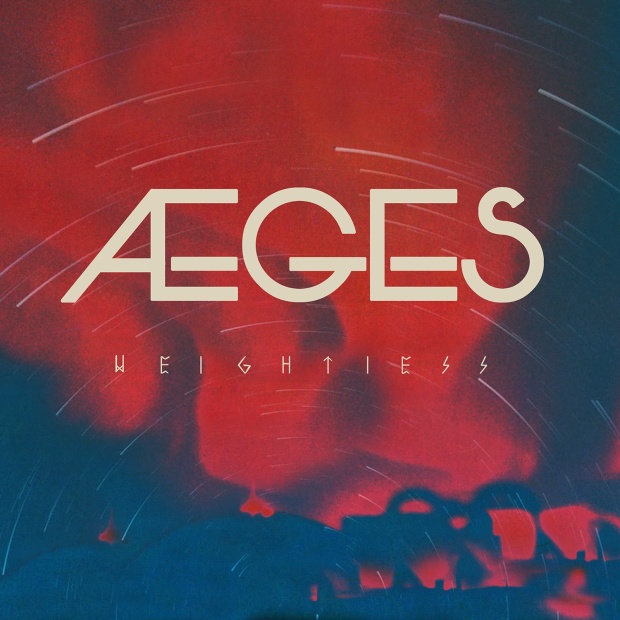 One of the bands that are carrying the torch for rock music today is Los Angeles’s Aeges. Their new album Weightless is chock full of riffs galore, pulsating rhythms, and great melodies that will leave you tapping your feet, and singing along. The thirteen songs on the album lead by first single “Another Wasteland,” are energetic, catchy, and full of passion. In a day and age where singles are more and more popular, Aeges have released an “Album” that deserves your attention. They have managed to combine influences of straight ahead rock, a bit of prog rock, and a dash of post-hardcore, to create this album. Songs like ” Weightless,” “Save Me,” “All Of Me,” “Another Wasteland,” “What If,” “Better,” and “Drying Out” are all stellar tracks that really drive home what I mentioned above. The production on the album as well allows each member and instrument to be heard.

Aeges have been at this for a while now. Weightless is their third full length album. With each release, they keep getting better and better. If Aeges is playing in or around where you live, I strongly suggest you go check them out and pick up this album when you are there. 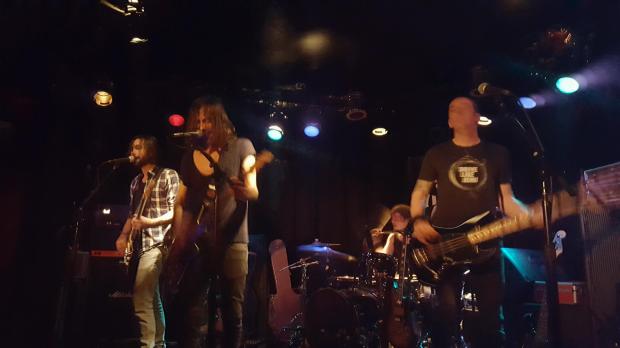 Rock music is very much alive and kicking. Since starting Audioeclectica, I’ve come across so many great bands. I’ve made it a point to try to go to as many shows of the bands I’ve written about, so I can see first hand how good they really are. Last night at the Viper Room, Aeges absolutely killed it. These gents really know how to put on a show. I would even dare many “bigger” bands to try to compete with the presence and energy that Aeges has when they are on stage. The dual vocals and guitar playing of Kemble Walters and Cory Clark go to another level live. They are so in tune with each other. The rhythm section of drummer Mike Land and bassist Tony Baumeister is one of the best I’ve seen in a long time. Mike plays with such tenacity and power, I was almost waiting for him to beat through his drums and Tony fits in the pocket perfectly. Their set consisted of songs from their albums The Bridge, Above and Down Below and their upcoming album Weightless. The new songs are quite good and are full of sweet melodies and riffs that will leave you playing air guitar for days. After the show was over not only did I want more, but they inspired me to go home and pick up my guitar and play around for a bit. That is what great music and bands like Aeges do. It’s bands like this that carry the torch and continue the tradition of what rock music was built upon.

Aeges are a band to look out for. Weightless is definitely an album that is very anticipated for me.  If they are in your area, go see them. You won’t be disappointed. If you like big hooks, soaring vocals, thick riffs, and thumping rhythms then Aeges is the band for you.

Above and Down Below: 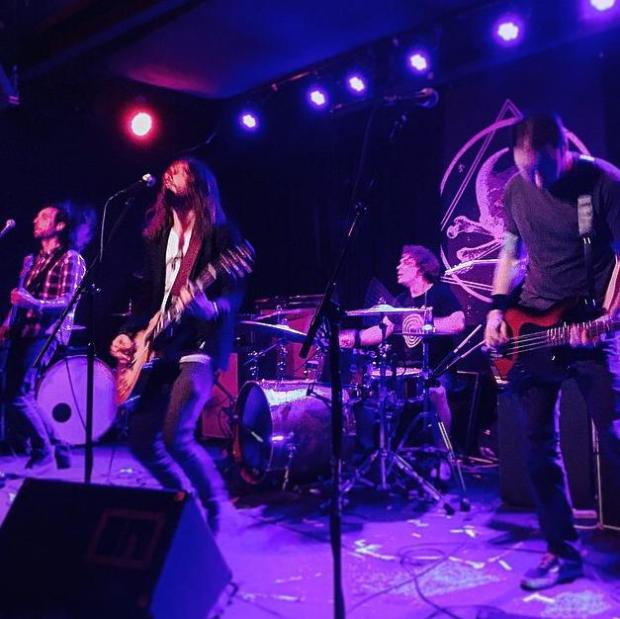 This is exciting. Aeges are gearing up to release their newest album and if this what we can expect, then we are in for a treat. “Another Wasteland” is chock full of melody and crunchy riffs that will get you more than in the mood for more! This song will appear on the upcoming album Weightless, which should be out later this summer. In the mean time, check out the video below and play it loud. Aeges are part of the resurgence of rock music that I’ve been mentioning for some time. They are the real deal and do it with the utmost conviction and passion, and you can tell when you listen.

Above and Down Below:

After the year we just had in 2015 with new music releases, 2016 is shaping up to be one hell of a year for new music. Here are the bands with the most anticipated albums coming out in 2016.

Elliott Smith isn’t easy to cover. Under the right circumstances and right arrangement it can work. Just like with what Aeges did. What do you think?

Big hooks, thick riffs, and thumping rhythms all encompass the new album Above and Down Below by Los Angeles’s Aeges. Singer/Guitarist Kemble Walters lyrics are dark yet full of optimism. His voice compliments each chord and rhythm and at times is reminiscent of Steve Brodsky of Cave In. Both Walters and Corey Clarks guitar work on this album supersede their previous effort. The tone is clean yet with enough distortion to drive home the riffs. The bass of Tony Baumeister sits perfectly in the pocket while drummer Mike Land keeps it all going with his steady rhythms. This new album is 12 tracks of nothing but solid rock n roll. No filler! It has the right amount of influence from genres such as alternative, metal, post hardcore. The hooks aren’t cheesy, rather they are melodic with an aggression that allows the band to balance the heavy with the subtle nature of the songs.

I’ve listened to this album quite a few times and my favorite tracks so far are “Echoes,” “Parasite,” “Fault,” “Halos,” and “Wasted Time.” On the scale of 1-10 I would give this album a 9. It’s great and so is this band. They are on top of their game and it shows. In a time when there is a bunch of stale music out there Aeges is a breath of fresh air. Do yourself a favor and pick up a copy of Above and Down Below. You won’t be disappointed. And Aeges are about to start a month long residency on Monday nights at the Silverlake Lounge in October!