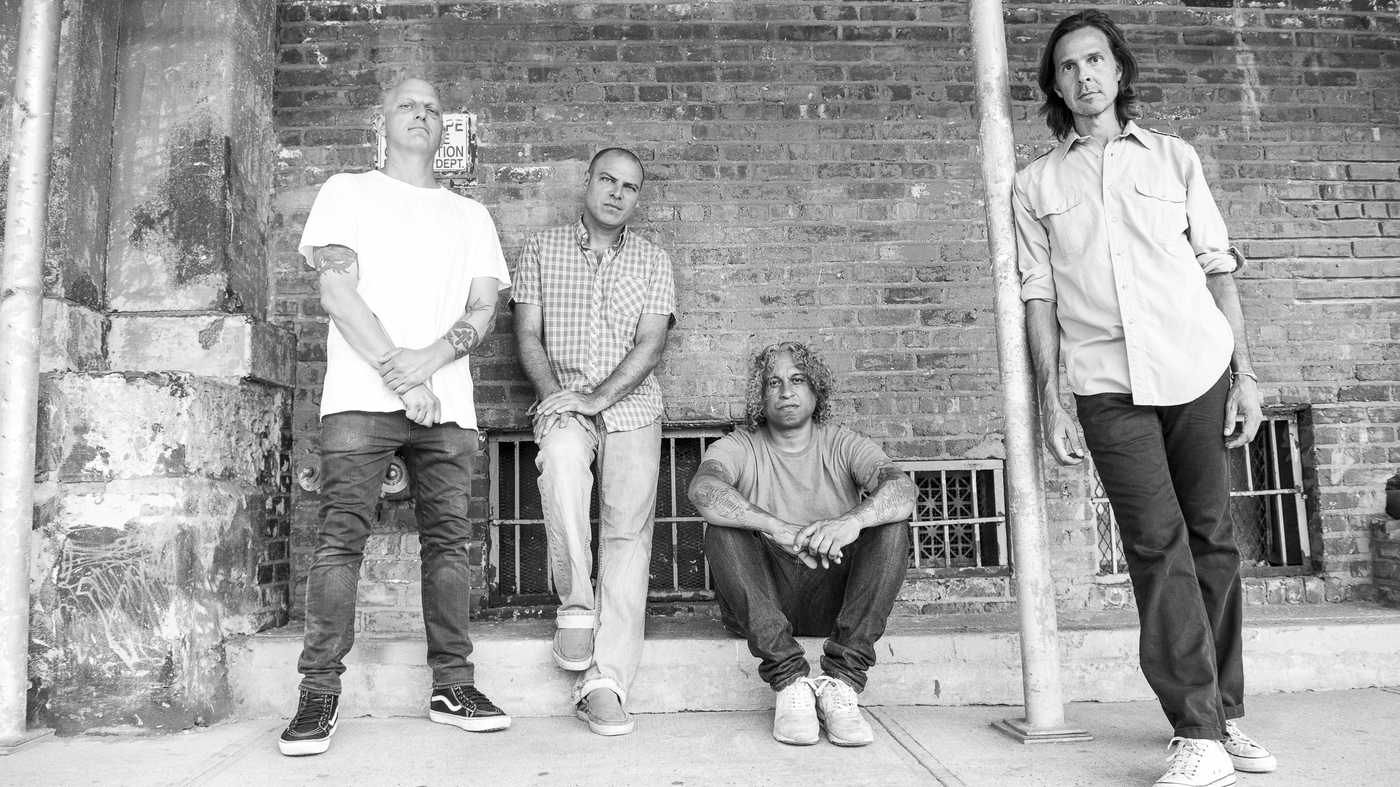 Quicksand is one of those bands that has been a huge influence on a slew of bands whether you know it or not. Their first two albums, Slip and Manic Compression are quintessential albums that any rock or heavy music fan should listen to and have in their collection. Quicksand is one of the best bands to come out with the now described as “post-hardcore” sound. Recently, I went back through the Quicksand catalog and came to the realization that I can’t figure out what album I like best between Slip and Manic Compression. So, naturally, I thought why not bring it here and let you all help deceide what is the best album. So here we go.

Slip, the bands debut full length came out in 1993. This album features songs like “Fazer,” “Dine Alone,” “Lie and Wait,” “Omission,” “Transparent” and so many other great tracks. This album is what many bands often refer back to as one of those that really influenced and inspired them. The tones on this album along with the songwriting is absolutely astonishing. It’s no wonder that this album left a mark on so many people.

Manic Compression, is the second full length and came out in 1995. This would be the bands last album until 2017’s Interiors. This record features songs such as “Thorn In My Side,” (which was featured in Empire Records), “Delusional,” “Landmine Spring,” “East 3rd Street,” and “Supergenius.” To some, this album is the more influential album. I can see why as the production on this is quite better thanks to Wharton Tiers, who worked with Helmet, Sonic Youth and many others.

It’s a pretty difficult decision to pick one or the other but, If I really had to I’d probably go with Slip but, only by a smidge. Slip to me just has this more organic and raw approach that still has bits and pieces of where the members of the band came from before with their respective bands. Also, the songs just hit me harder than the ones on Manic. Perhaps too it’s because it was the first album I heard from them. I still remember seeing the videos back on MTV (oh how I miss when MTV played videos). Both are stunningly great albums and it all comes down to a matter of preference.

What album do you think is their best?