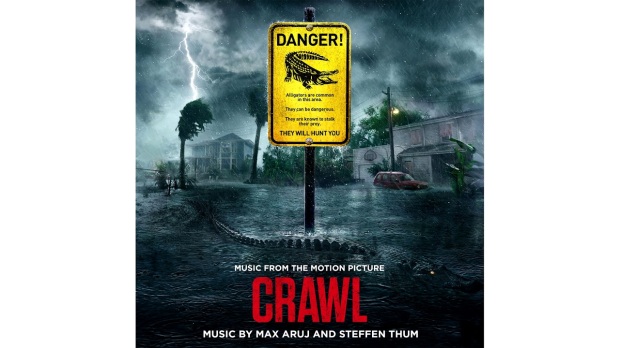 2019 saw the release of a surprise horror hit with Crawl. For those unfamilar with the film, Crawl tells the story of college swimmer Haley and her father being terrorized by alligators while they are stuck in the crawl space of their Florida home during a Category 5 hurricane. The film was directed by Alex Aja (The Hills Have Eyes) and produced by Sam Raimi (Evil Dead 2, Spider-Man). Crawl has also been hailed by Quentin Tarantino as his favorite film of 2019, and “Certified Fresh” by Rotten Tomatoes. One of the most intriguing things about Crawl, is the score for the film. Max Aruj and Steffen Thum made a super creepy and sweeping score, which draws from the influence and inspiration of the likes of Trent Reznor and John Williams. Max and Steffen really came up with something eerie and fun to accompany the film. I’m definitely interested to see what they do next. The physical release of this score comes out March 6 via Rusted Wave.