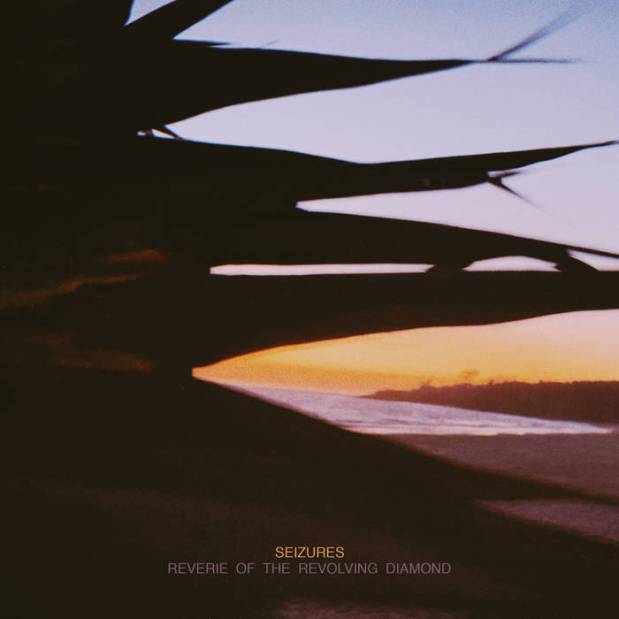 There are bands that come around every so often that are truly inspiring and remarkable. More often than not, these bands never get the due they deserve because of the genre they are a part of as well as not playing by the generic norm of the industry. And that’s what makes heavy music truly great. There are no rules to abide by and there are no compromises when it comes to making the type of music and albums these bands want to make. There’s a band from Orange County, CA, that have been carving their own path for some time and with the release of their new album, they have cemented themselves as torchbearers for a genre and have set a standard for what’s to come from this style of music.

Reverie of the Revolving Diamond by Seizures, is an album that is truly outstanding and genre defining. The ability this band has to mix metal, jazz, punk, atmospheric sounds as well as deep and poetic lyrics is something that should not be overlooked by anyone. The instant that the first song “Mazarine” begins, you are immediately drawn into the soundscapes and almost psychedelic undertones. “The Cycles Unnumbered” unleashes a fury of off time playful chaos and delicate jazz scales directly into the rush of blood to your head of “In A Valley Of Twilit Meres.” “Toxophola” is one of the more experimental songs on the album but still maintains the ferociousness that resonates through the entire album. This song also features Keith Barney (of Eighteen Visions/ex Throwdown). “The Ponds You Dried Yet Still You Stare” is one of my favorite songs on the album. It has everything I love about this band all wrapped in one song. Listen and you’ll hear why. “Atollian” continues to expand upon the atmospheric undertones of the album and keeps it tasty as a sweet transition right into the decimating “Of Indigo and Seven Crows.” “Severnaya” provides a really cool interesting vibe as it serves as an entry into “Bedlam Blues” which is the most straight forward song on the album but not in the way that defers from the spastic nature of the album. “On Saturine Shores” is another moving interlude of sorts. These little atmospheric jazz breaks in between songs give the album and listener a breath in between sonic assaults. Closing out the album is “Eru” and this song is epic and like “The Ponds…” this too has a bit of everything that Seizures has to offer and then some.

Seizures have released an album that stands up with the best albums as their contemporaries and the ones that inspired and influenced them.  They have a sound and style that is ferocious and brutal yet delicate and oddly soothing. Reverie of the Revolving Diamond is an album for today as much as Calculating Infinity by The Dillinger Escape Plan was 20 years ago. The band live is a whole other beast as well. I’ve only had the pleasure of seeing them once but, they truly left a mark on me and I’ve been anticipating this album since I saw Seizures. Do yourself a favor and take a chance on something that might (well it probably is) out of your comfort zone and discover what this band has to offer. This album is definitely in my top ten of the year as well.

Seizures- Reverie of the Revolving Diamond: