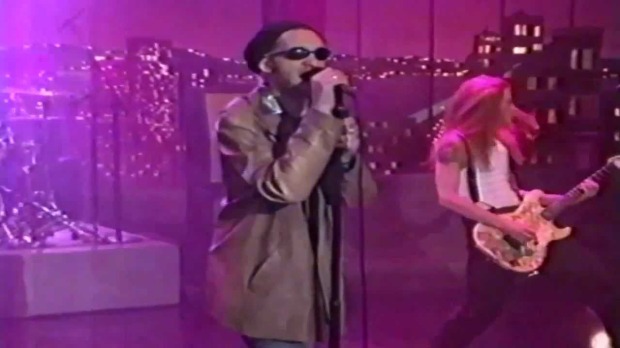 Back in 1996 on the heels of Alice In Chains doing MTV’s Unplugged, they were asked to perform on the Late Show with David Letterman. Their performance this evening was one of those spine tingling ones. Performing the songs “Again” and “We Die Young” in a bit of a medley, you could tell that David Letterman was very impressed with not only the band but the performance as well. Watch and see for yourself. This not only proves how great Alice In Chains is but also, how magical Layne Staley was as a vocalist and frontman.