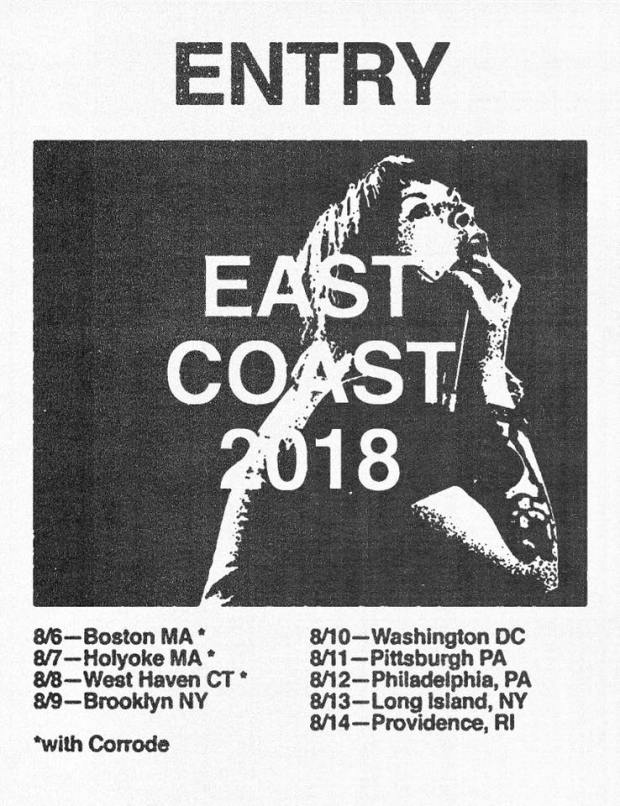 Punk and hardcore have been a favorite of mine for pretty much my entire life. There is something so beautiful in the volatile and extreme nature of the music that resonates so well. There is a band in Los Angeles that is disrupting the scene and leaving one hell of a mark. The band I’m talking about is called Entry and they are fanfuckintastic. Originally formed as just a duo with screamer Sara Gregory and her partner Clayton Stevens (who plays guitar in the underrated Touche Amore), the band has now grown to a four piece that also features Christopher Dwyer of Ghost Idols on drums and Sean S on bass.  Since Their inception, Entry has fast become one of the bests underground bands in LA. Their music and live shows are full of piss and vinegar that harks back to the days that Black Flag was hitting their stride. Entry is the type of band in the punk/hardcore scene that is a real force to be reckoned with and I’d dare anyone to try and take them on!