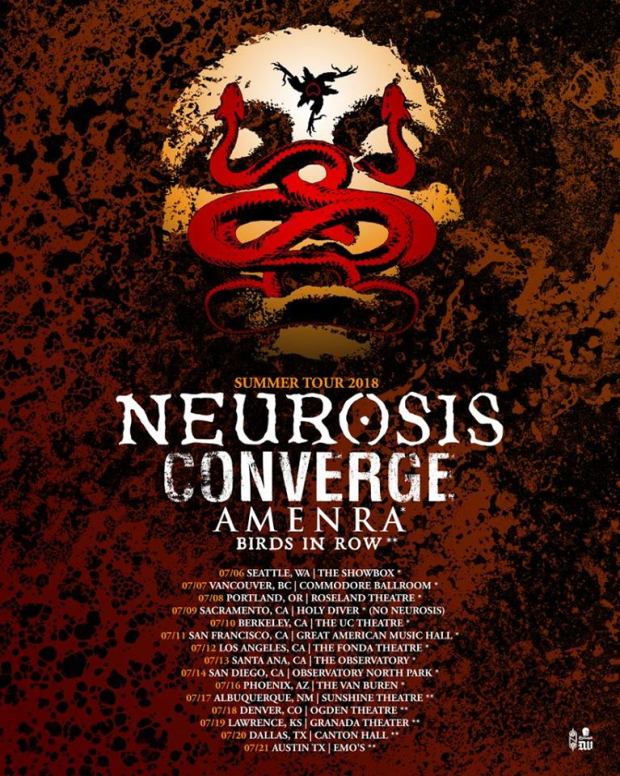 There are certain bands that when they come through town you have to go see live. It doesn’t matter how many times you’ve seen them or if it’s your first time, it’s imperative that you be there. Especially when you have a tour line up as special as Neurosis, Converge and Amenra. I’ve had the great pleasure of seeing Neurosis and Converge many times before, and now I finally got the chance to see Amen Ra. Tour packages like this are not only astonishing but they leave those in attendance in a state of awe and some inspired to create. There is a reason why all three of these bands have reached the “legendary” status. Their live shows, songs/albums, and general approach to their fans makes it all worth while. 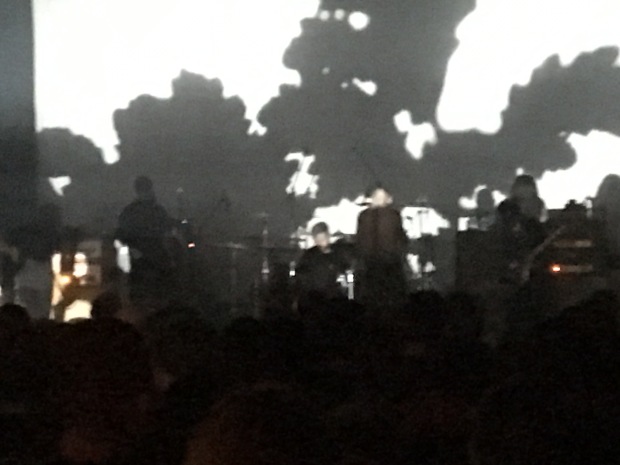 Amenra was the band that started the night off. Their set was a sonic thrusting of volume and rigorous riffs. Hailing from Belgium, Amenra has been making an impact for years with their darkly hypnotic shows and albums. Their live set plays out like it’s the score of a film, all be it a very dark and gloomy film. Their use of simple visuals like trees in a forest, help to suck you in as their apocalyptic post metal sound pummels you into a trance the will instantly grab you and leave you feeling like you woke up in a David Lynch film. Needless to say, Amenra was the perfect band to open this show. 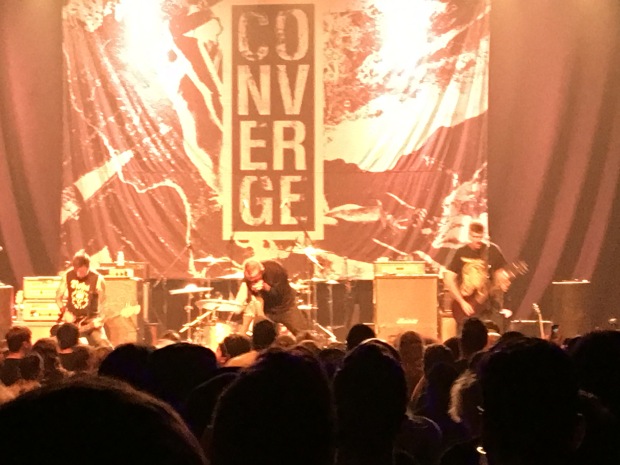 Converge. What can I say about Converge that hasn’t been said before. I seriously think they are one of the best live bands I’ve ever seen. They play with such ferocious tendencies and desire that it bleeds into each and everyone in the audience. They have quite an amazing catalog of albums and songs to choose from that really takes their set up a notch. One thing that I’ve always loved about Converge is, when they have a new album out, they are always very proud of it that they tend to play many songs from it. In this instance, their newest album The Dusk In Us, which was released last year and is absolutely stellar, made up the majority of their set. Songs like “Reptilian,” “Under Duress,” “A Single Tear,” ” Arkipov Calm,” “I Can Tell You About Pain,” and the epic title track “The Dusk In Us” were simple amazing live. Other stand out songs from their catalog like “Dark Horse (which is one of my all time favorite Converge songs),” “Concubine,” “Eagles Become Vultures,” and “Heartache” not only went over well with the crowd but the volume of the audience screaming along nearly drowned out Jacob Bannon’s own vocals. Converge, which features vocalist Jacob Bannon, bassist/vocalist Nate Newton, guitarist Kurt Ballou and drummer Ben Koller, prove time after time that they are a true force of nature and undeniably a benchmark in heavy music that most bands will never reach. 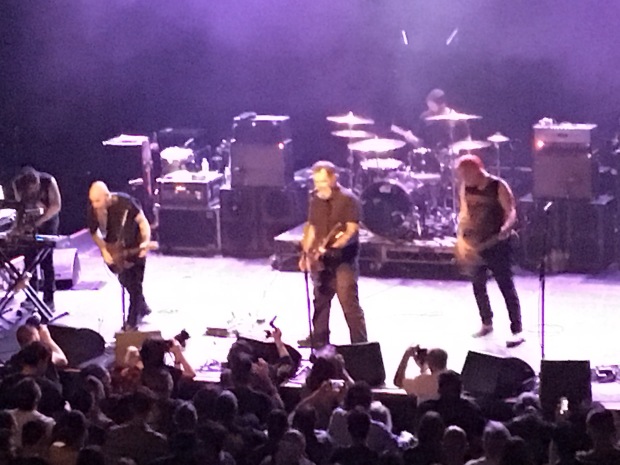 Neurosis is another band that with out a doubt are bewildering and masters of their craft. For over 30 years now, Neurosis have laid the groundwork for countless bands. Their style of music takes elements from doom metal, sludge, folk, and a few other genres, helps to create a sound that is not only bombastic but like Converge, it’s full of real raw emotion. Seeing Neurosis live is definitely an experience. It’s like sonic blunt force trauma, only by the time they are done, you aren’t left in a pool of blood, you are soaked in inspiration and a sense of astonishment. Neurosis’s catalog is legendary and its often a bit difficult to pin point what they might play live at any given time. On this night, they chose to explore their newest album Fires Within Fires and really give those songs like, ” Bending Light,” “A Shadow Memory,” and “Reach” the life live that they deserve as well as reaching into their back catalog to Times Of Grace and it’s accompaniment Sovereign with songs like “The Last You’ll Know,” “End Of The Harvest” and “An Offering.” It’s always a treat too when they pull out “Through Silver and Blood” which they closed with. I will say this about Neurosis, they are one of the bands that when the end of the world comes, it’s suffice to say that they will be part of the soundtrack to the apocalypse. No matter how many times I’ve seen them live, Scott Kelly (guitar/vocals), Steve Von Till (guitar/vocals), Dave Edwardson (bass), Jason Roeder (drums) and Noah Landis (keyboards/etc) have never let me down. They are the blueprint band for this style of music and as a live band.

Review/Photos By: Brian Lacy
(Sorry for the shitty pictures, I was too into the show and I didn’t want to be “that guy.”)