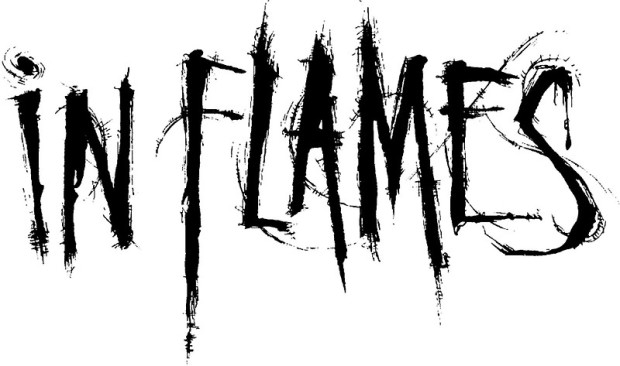 In Flames, where do I even begin with them? Well, let’s start from when I first heard them. I was in high school and a friend had a copy of the album Colony and he told me to check it out because he thought I’d dig it and I sure did. I went after school to go buy the CD and cranked that one for a long while till In Flames released Clayman, which to me is their best album.

As time would go on, the band would try new things. Like on Reroute To Remain, In Flames added a bit of an electronic tinge to their sound. It’s also interesting to listen to because there are certain moments and riffs throughout the album when it seems like the Korn style of nu-metal peaked its head through. The follow up to Reroute was the way too over produced Soundtrack To Your Escape. That album is almost unlistenable due to the production and mix. By the time In Flames released their album Come Clarity, all seemed to be back to what the band does best. Then after that is when it all started going downhill. The albums that followed Come Clarity, A Sense of Purpose and Sounds of a Playground Fading and Siren Charms took a huge departure for the band that once seemed to worship at the alter of Iron Maiden and helped influence a musical movement. These albums saw the band tread on generic heavy rock without any semblance of what they once were. Over the course of this time the band lost their founding guitarist, drummer and bassist due to various reasons, which goes to show that not everyone in the band was satisfied with the direction the group was moving.

Then it got even worse. In 2016 In Flames released their album Battles. This is the one that really put the nail in the coffin for me. It sounds nothing like In Flames. At least A Sense of Purpose still had elements of the band they used to be. On this new one though, it’s all gone. The decision to work with producer Howard Benson was the absolute wrong choice. That guy really knows how to ruin bands and their sound. I can’t emphasize how bad this newer album is. It’s a shame too because In Flames back in their heyday could have seriously been the new kings of metal. They had the sound and songs to really capture that crown. Now, they are just a generic lame band that has lost their way. I’ve said it before and I’ll say it again, bands evolve and change but there is a right way to go about it and progressively change. This direction that In Flames is at now is so far out there I don’t know if they can ever get back to what they once were. Sorry In Flames, I’m done.