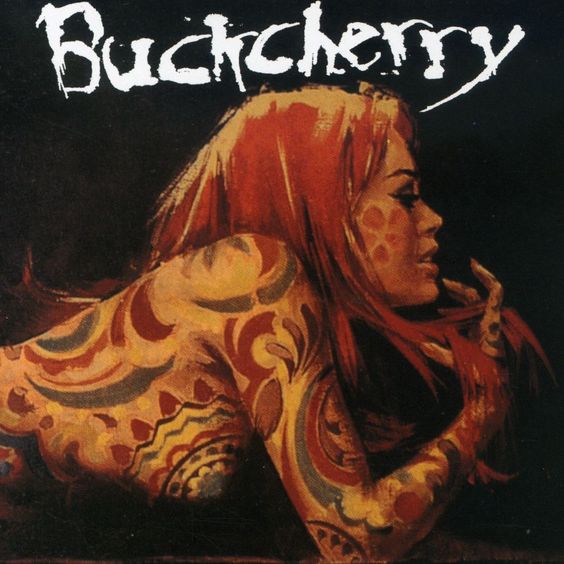 I was originally going to make a giant list of the best debut albums of all time but, I thought doing an individual series would be more fun and frankly more interesting. There are zillions of great debut albums out there. Some of which are legendary and influential while others are just plain awesome. Some of you reading this might not agree with all the ones I pick and that’s ok. I just really want to showcase some great albums, some that you might have missed and some you probably haven’t listened to in a long time.

Back in 1999, Buckcherry released their self titled debut album. This album was as pure rock n roll as it gets. There was a sentiment that it could have been a new incarnation of what Appetite For Destruction was for Guns N Roses. The bands first single “Lit Up” was huge and is still quite the rocking song. That riff is so damn good. As the album continues on with songs like “Crushed,” “Dead Again,” “Check Your Head,” there is an absolute vibe to this album which at the time many of the bands of the time were surely lacking. The mix of rock n roll, hard rock, punk, and bits of metal can be found throughout the album. The song “Dirty Mind” definitely has that tinge to it. “For The Movies” is one of the best songs the band has ever written. From that point the album picks up the rock again with the more melodic “Lawless and Lulu.” “Related” is a great mid tempo song with sweet melodies. “Borderline” takes the mid tempo feel down a little bit more but, it doesn’t let up on the melody and rock. “Get Back” could have been directly from the 80’s but with a 90’s twist. “Baby” has some more stellar guitar work and a great story within the lyrics. Closing out the album is “Drink The Water” a great rocking song that brings the album full circle.

Singer Josh Todd not only has a great rock n roll voice but also write really great stories within his lyrics. It’s a shame that Slash put a stop to him being the singer of Velvet Revolver. Josh would have not only been the right and best choice but he would have made that band better. Keith Nelson’s guitar work on this album is outstanding. His riffs are stellar and crisp. The rhythm section of drummer Devon Glenn and bassist Jonathan “JB” Brightman is beyond tight. Something else about the album that stands out is the production and mix. Terry Date (Deftones, Pantera, etc) handled the production of the album with input from Sex Pistols guitarist Steve Jones. The mix is perfect for this type of band and record. It’s crisp, bright, and heavy but with the right amount of grit and dirt to rough it up.

Buckcherry as we all know would go on to make more albums later on in their career but, nothing since this album has been as good or impactful. Their self titled album is hands down one of the best debut albums I’ve ever heard. I had the pleasure of seeing them a couple times when this album came out and I can tell you they were one hell of a live band back then. These songs were so damn good live. Do yourself a favor and take some time to revisit this gem and see what I’m talking about.

For The Movies Video: