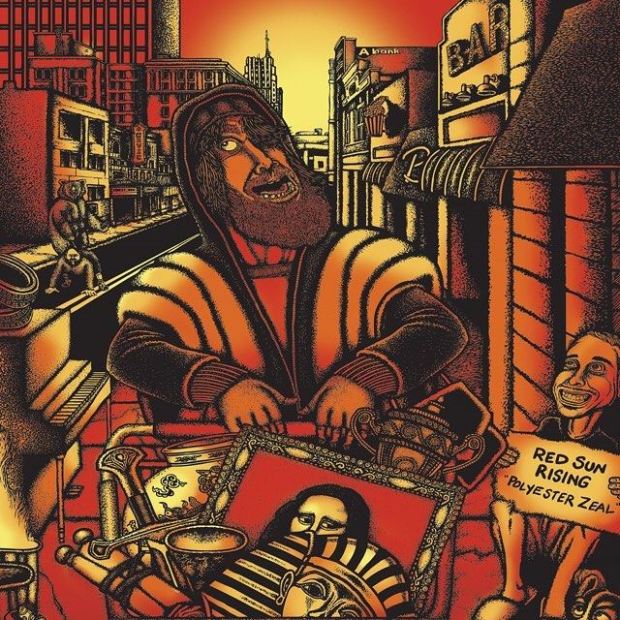 A few months back while scouring the music news sites I read, I came across a band that was starting to gain some traction. The band is Red Sun Rising. They are the type of modern day hard rock band that does more than follow the same pattern as most radio rock bands do. Many bands try to do the early 90’s style of music and fail miserably. Red Sun Rising, while very influenced by that era, brings in two other elements that separate them from the pack. They have a love for the 70’s, and a great sense of melody. Throughout their most recent album, Polyester Zeal, Red Sun Rising manages to  blend the best of those three things along with really solid songwriting. Granted they are not reinventing the wheel in any way, this band is just doing this style a hell of a lot better than their peers. Currently they have two songs that are taking over the airwaves on terrestrial and satellite airwaves, “The Otherside” and “Emotionless.” The rest of the album is exceptional as well, especially the songs  “Push,” “Amnesia,” “My Muse,” “World’s Away,” “Unnatural,” and “Awake.” Give Red Sun Rising a shot if you are looking for a jolt of really solid hard rock.