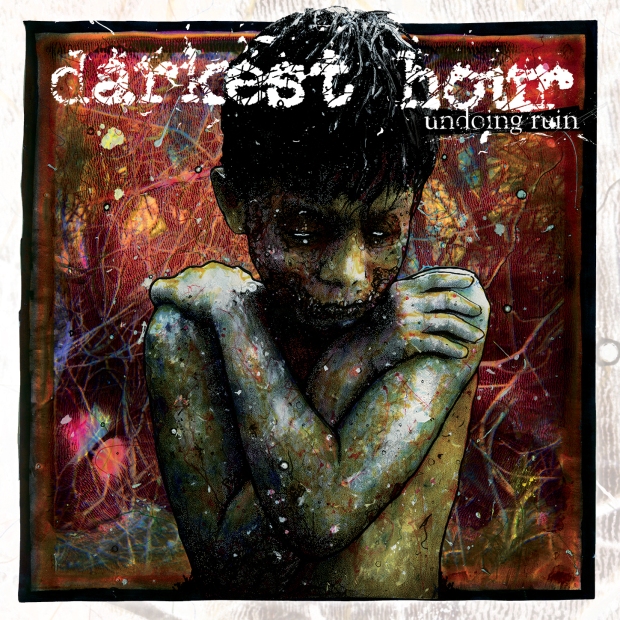 It’s really hard to believe that ten years has passed by this fast. It seems like just yesterday I was at the record store buying Darkest Hour’s Undoing Ruin. That album really cemented Darkest Hour as a force in the metal scene in that era. Not only that, but with the additional help of Devin Townsend on the production end, they were able to build on the sound of a lot of Swedish metal bands were doing like Soilwork and In Flames. Undoing Ruin also marked a point for the band in which they added some more melodic parts including cleaner vocals. Not to take away from their current lineup, but the five guys that appeared as the core lineup on many of Darkest Hour’s best albums made this band what it is. On the guitar side of things, Kris Norris and Mike Schleibaum complemented each other perfectly. Ryan Parrish and Paul Burnette were a beyond powerful rhythm section that pummeled through with tight precision. The album as a whole from start to finish was cohesive and tight. Each song flowed into the next without having any moments to deviate from the order. Songs like “With A Thousand Words To Say But One,” “Convalescence,” “Sound The Surrender,” “These Fevered Times,” and “Tranquil.” are standout tracks on their own, but in the context of the album as a whole, they are even better. Recently, Darkest Hour did a tour playing this album in its entirety. Sadly I missed that show and can only imagine how great it was. Here’s to hoping that this recent tour puts the band in the right mindset to release a new album soon that incorporates more of this type of sound.