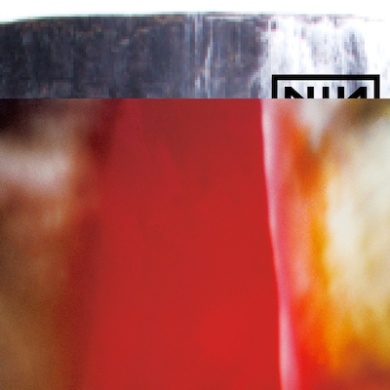 Somehow through all the trials and tribulations of life Trent Reznor was able to create amazing albums. Coming off a 5 year hiatus after the release of the highly influential and masterful album The Downward Spiral, Trent finally released The Fragile. While The Downward Spiral had heavily distorted instruments and dark industrial sounds. The Fragile relished in lush soundscapes electronic wizardry, ambient noise, heavy rock guitars, and vocal harmonies. The end result is uncompromising. The way Trent was able to capture the sheer torment and agony thorough his music and lyrics was beyond untouchable.

Each of the sides seems to represent something unique to the inner workings of Trent. The first disc (aka The Left), is easily the more accessible part of the album. Starting with “Somewhat Damaged” which communicates the state of mind/concept that this album is about. “The Day The World Went Away” really delivers. The ambience plays perfectly into the distorted guitars. The segue “The Frail” is a beautiful precursor to the wreckage that is “The Wretched” which is wonderfully angry. “We’re In This Together” is vulnerable and delicate while being able to still hold onto the rage inside of Trent. “The Fragile” is a love song of sorts or a plea to the one who is the apple of his eye. The instrumental “Just Like You Imagined” is a gem on it’s own. The vibe this song puts out is driving and near inspirational. “Even Deeper” gets more involved lyrically and exposes more of Trent. “Pilgrimage”  is another segue that leads us deeper down the tunnel and away from the light. “No, You Don’t” picks up where “Pilgrimage” ended and explodes with heaviness. “La Mer” is a song that Trent said he wrote when he was in such a dark place. There is something about that song the way it blends perfectly into “The Great Below” which closes out the left side beautifully. This song also acts as the end of a chapter.

The right side (disc 2) starts with “The Way Out Is Through.” In a way this song is the further descent into a personal hell. “Into The Void” deals with more of the personal issues, with a heavier vibe. “Where Is Everybody?” has a really cool deconstructed electronic beat that creates a really nice tension throughout the song. “The Mark Has Been Made” is another instrumental/segue that takes us further down the rabbit hole. “Please” has more of an industrial edge to it. “Star Fuckers Inc.” is just a really nice “Fuck You” to all those that irritated and got under the skin of Trent. The guitar tracks on this song are full of heavy goodness. “Complication” takes a step towards the more industrial dance laced beats. It kind of foreshadows where his music is heading. “I’m Looking Forward To Joining You, Finally” is a solemn song, as it exposes his want to say goodbye permanently. “The Big Come Down” furthers his not light at the end concept. Musically this is a very unique song filled with melody. “Underneath It All” is a gritty song which keeps the deconstruction alive. Ending the album is “Ripe (With Decay)” this instrumental plays like the close of a life or chapter. There is something special about this song, in that all the quiet sounds and stark instrumentation really helps to sum up all the songs.

The Fragile to me is a marvelous album that can’t be touched. I’d dare even put it above The Downward Spiral. Both are so unique and perfect it’s hard to pick just one. I guess it all depends on ones mood. Trent Reznor is a musical genius. His ability to delve deep and create something so real is inspiring. It’s not easy to create 1 masterpiece. Trent was able to do it twice.